Monday 28th November — For the first time in history, Arnold Schwarzenegger and Milla Jovovich will team up together on screen! This December, the Hollywood celebrities will be guiding players in Holiday Ops, across the World of Tanks’ franchise on PC, mobile and console. The festive season is sure to heat up in World of Tanks PC, World of Tanks Blitz and World of Tanks Modern Armor!

In the Holiday Ops cinematic trailer, Arnie and Milla are undertaking the most important mission yet – to save the holidays for Arthur and his son Mikey. Join them on a magical Holiday Express train that will take them to the heart of the Holiday Village, in World of Tanks.

“I have played the hero in video game-based movies, but this is the first time ever I, myself, have had been put into an actual game, and I am ready for action!”, Milla Jovovich, Holiday Ops ambassador/action star. “Another first for me is that I am co-starring with the legendary Arnold Schwarzenegger. With him at my side, we will be guiding players to a magical Holiday Village and handing out special gifts to the players in World of Tanks.”

“Last year I had an incredible experience with World of Tanks and when I was asked to return, I immediately replied ‘I´ll be back’. I knew this year’s event was really going to be special and I was right. I am honoured to star alongside the amazing Milla Jovovich, in our first time working together. The Holiday Ops rewards and challenges are even better this time, and I get to combine two of my favourite things; the holidays and tanks!”, added Arnold Schwarzenegger, Holiday Ops ambassador/action star/tank owner. 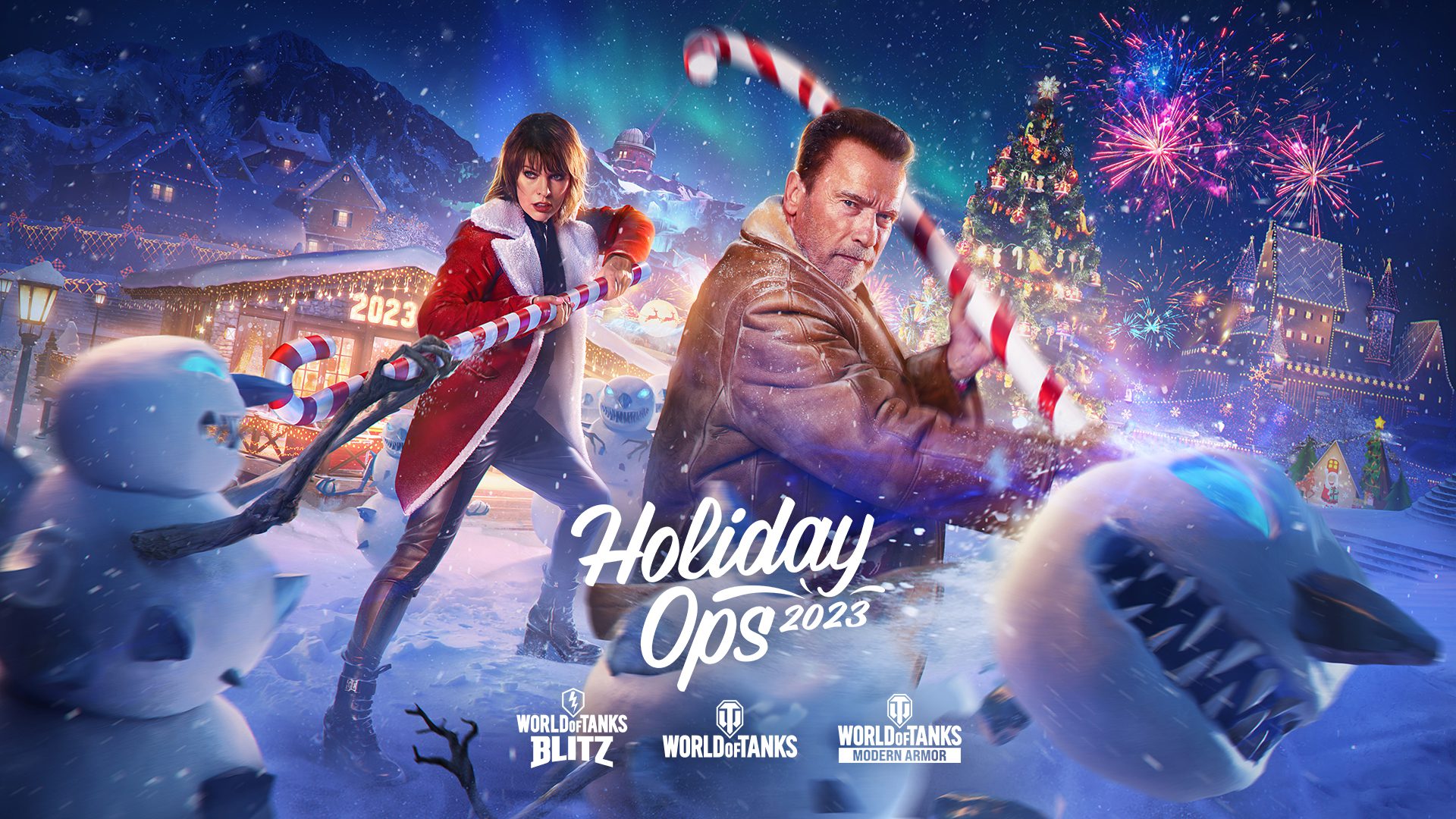 Tankers will first encounter the blockbuster duo in the garage, where they will assign challenges and quests. When players conquer these tasks, they will receive Arnie and Milla customization items like tank skins, themed emblems, inscriptions, decals, and commanders. Milla and Arnold’s voiceovers will be featured in World of Tanks PC and console.

Christopher Chung, World of Tanks Franchise Director, said it’s an honour to have Arnold and Milla gracing the screens together for the first time in history, in World of Tanks.

“Like many of our millions of players around the world, I have watched movies starring Arnie and Milla separately, over the decades. It’s truly a dream come true to partner with both global stars in our first-ever franchise-wide holiday celebration. There will be something special for our players on whichever platform they enjoy World of Tanks,” said Christopher.

The holiday events begin on December 1st and run through January 9th, 2023. Each game’s version has their own set of dates and holiday offerings, custom fit to for that platform’s gameplay.

Tankers will face a series of missions and quests to receive exclusive Arnie and Milla customizations and the chance to have both Holiday Ops action stars as tank commanders! Holiday Ops 2023 will feature a special event currency called Resources. And all festive activities will be based on collecting and investing these resources.

Players can join ‘Team Arnold’ or Team Milla’ in the upcoming season and take part in the Holiday Ops event and hunts. They can earn rewards by working toward their team’s objective; earning points to redeem Holiday Ops customizations and content.

In World of Tanks Blitz, a full calendar of Holiday Ops activities is available. Log into the game to automatically receive a gift: Arnold and Milla avatars and in-game bonuses. Win battles to earn Arnold and Milla-themed rewards like camouflages, collectible items, and best of all – a profile of Arnold