An announcement has been “teased” in a very obvious way on social media for the past week, as well as the reveal of its next cover athlete. So news of this years entry of 2K’s PGA TOUR IP comes at no surprise. But there’s a lot more to this announcement than we were expecting.

PGA TOUR 2K was introduced back in 2020 after replacing The Golf Club, an IP which 2K acquired publishing rights to in 2018. However, things have been quiet on the green since the release of PGA TOUR 2K21 with no annual entry for the golfing franchise last year.

Things seem to be back in full swing though after the official announcement of PGA TOUR 2K23, which is coming to most consoles and Steam on October 14, 2022. Along with the reveal of cover athlete, Tiger Woods. This is the first time in almost 10 years since he’s graced the cover of a PGA video game. Woods isn’t just going to be the face of PGA TOUR 2K23 either, as he’s stuck his finger in multiple pies.

Along with cover athlete, Tiger Woods also serves as Executive Producer of PGA TOUR 2K23. As well as being a playable in-game pro. Which is also a first for the PGA TOUR 2K IP, as players could only use MyPLAYER characters they create themselves. He joins the likes of Justin Thomas, Lexi Thompson and Michael Jordan (yes, you’ve read that correctly) in a roster of 14+ pros at launch, with more said to coming via free post-launch DLC.

MyPLAYER isn’t going anywhere though. It returns with plenty of gear and apparel to personalise your MyPLAYER. Including licenced brands such as Bridgestone, Nike Golf, PUMA, FootJoy and much more. PGA TOUR 2K23 also includes 20 licenced courses at launch, which players can tee off of across multiple modes both old and new. Including various solo modes as well as the return of its multiplayer mode, Online Societies. A key feature that’s been around since PGA TOUR 2K’s days as The Golf Club.

One of the new casual modes is one that most will be familiar with, whether you’ve stepped foot on a green or not. Topgolf has taken the world by storm, with locations in the USA, UK, Australia, Germany, Mexico and United Arab Emirates. And it’s also coming to PGA TOUR 2K23.  Just like its physical locations, Topgolf tasks players to score points by aiming for different sized targets across a large driving range. There are multiple Topgolf modes, however nothing further has been revealed in greater detail just yet.

Full details of what’s found in each edition can be found below. 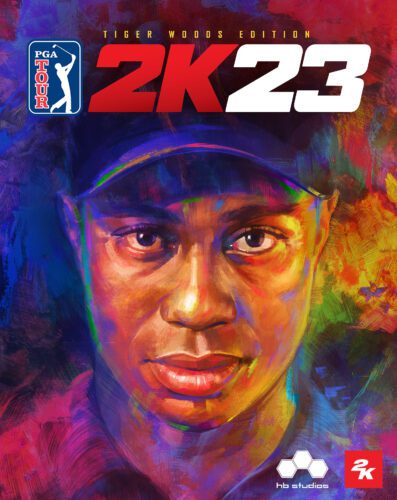