5 Things To Do In Final Fantasy XIV Online Before Patch 5.4

There are only a few days to go before Patch 5.4 drops for Final Fantasy XIV Online and I’m ashamed to say that I myself am behind on a couple of things. A plethora of other games have taken priority over capping Tomes on a weekly basis and the Saving The Queen questline grind has been put on hold. Luckily, better gear is right around the corner and the latter won’t be getting its next update until Patch 5.45. But for some, life may have been a bit busier than mine and are probably only recently getting back into Final Fantasy XIV Online. But if you’re looking at jumping straight into the brand new content as soon as Patch 5.4, Futures Rewritten, drops Tuesday night Australian time, here are some of those important loose ends to tie up first. 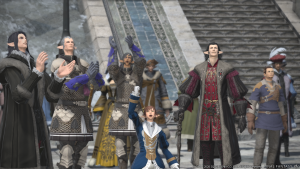 Wrapping Up the Shadowbringers Story

The curtain has already drawn on this expansions main scenario but when one chapter ends, another begins. This next chapter is focusing on the Scions and their return to the Source. But it’s uncertain whether or not their future is bright or if things will go pear-shaped. Before starting this next chapter, all prior story quests will need to be completed. Luckily, I don’t have to tell you specifically where to go as these can easily be tracked from the MSQ bar in the top left corner, or wherever you may have moved it.

While newer more powerful gear will be dropping in Patch 5.4 instances, it’s still not a bad idea to gear up as much as you can. Tomestones of Allegory are the current currency to have a weekly cap but with Patch 5.4 being so close it’s probably not even worth the time capping them before reset. Unless you’re extremely undergeared, then I say go for it. The latest 24-man alliance raid, The Puppets Bunker, also drops gear with the same item level. But like Tomestones of Allegory, The Puppets Bunker also comes with a cap of one piece of gear per week. A better option is to just grind for Tomestones of Phantasmagoria or run the 2nd lot of Eden raid bosses. Which comes to my next tip… 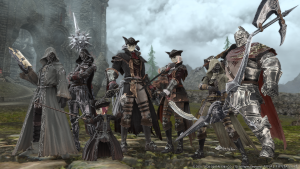 You might find a lot more players flooding back to Final Fantasy XIV Online more frequently during this particular patch. That’s because the latest chapter in the Eden raid series is being made available. Available in both Normal and Savage Mode, Eden’s Promise will offer the best gear available in-game particularly in Savage. But even if you aren’t a hardcore raider, Normal mode gear will still be suffice. If you’re yet to run any of the Eden raid instances, now is the time to catch-up. Unlocking Eden requires you to be both level 80 and to have finished the base main scenario for the Shadowbringers expansion. Once you’ve done this, make your way to X:9.7 Y12.3 at the Crystarium and talk to the Anxious Crystarium Guard. Most of these bosses will be familiar while also looking very different. I won’t spoil it for you. Personally I’ve enjoyed this raid more than those in Heavensward and Stormblood and can’t wait to see what the new set of raid bosses deliver. 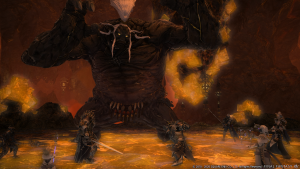 Introduced in Patch 5.3, Unreal Trials deliver old Trial fights from the early days of Final Fantasy XIV Online in A Realm Reborn but crank the level up to 80. There are no new mechanics added to the fights. The only difference is that the bosses level of difficulty is now synced to max level players. These fights however are on a rotation with the Shiva fight which is about to be phased out when Patch 5.4 drops. Titan AKA The Navel will be taking the ice-queens place meaning the return of even more PTSD from when we first entered them a good 6-7 years ago in Extreme mode. If your memory’s shot on what to do and what happens when, go back to The Navel (Extreme) and start practicing. Or alternatively, you could watch a video guide on Youtube. Personally, I suggest my Final Fantasy XIV Online guru/saviour Mizzteq’s guide. If you’re yet to unlock Unreal Trials, you can do so by completely the “Fantastic Mr. Faux” mission in Idyllshire. Successfully defeating these bosses will give you weekly rewards.