A HALO TV Show Is Coming!

XBox fans your time has come.. and so has a new HALO TV SHOW!

Showtime, along with Amblin Television (founded by Steven Spielberg) and 343 Industries (Halo).

SHOWTIME president and CEO David Nevins announced the network has ordered a 10-episode season based on the legendary video game franchise!

In its adaptation for SHOWTIME, Halo (working title) will take place in the universe that first came to be in 2001 on XBox, dramatising an epic 26th-century conflict between humanity and that alien threat we all know too well – the Covenant!

Kyle Killen (Awake) will serve as executive producer, writer and showrunner. Rupert Wyatt (Rise of the Planet of the Apes) will direct multiple episodes and also executive produce the hour-long series which enters production in early 2019.

“Halo is our most ambitious series ever, and we expect audiences who have been anticipating it for years to be thoroughly rewarded,” said Nevins. “In the history of television, there simply has never been enough great science fiction. Kyle Killen’s scripts are thrilling, expansive and provocative, Rupert Wyatt is a wonderful, world-building director, and their vision of Halo will enthral fans of the game while also drawing the uninitiated into a world of complex characters that populate this unique universe.”

“This is a truly exciting moment for the Halo franchise,” stated Kiki Wolfkill, head of Halo Transmedia at 343 Industries. “Together with our creative and production partners at SHOWTIME and Amblin Television, the Halo television series will represent new and exciting way for fans to enter and engage with the Halo universe. We can’t wait to share more on what’s ahead.”Halo will be executive produced by Killen, Wyatt and Scott Pennington, along with Justin Falvey and Darryl Frank for Amblin Television. The series will be distributed globally by CBS Studios International.

Now all that’s left is to argue over who gets to play the iconic Master Chief!

We’re looking forward to reading your suggestions in the comments!

Maybe it’s better that we just never find out who the Master Chief really is under that helmet.. 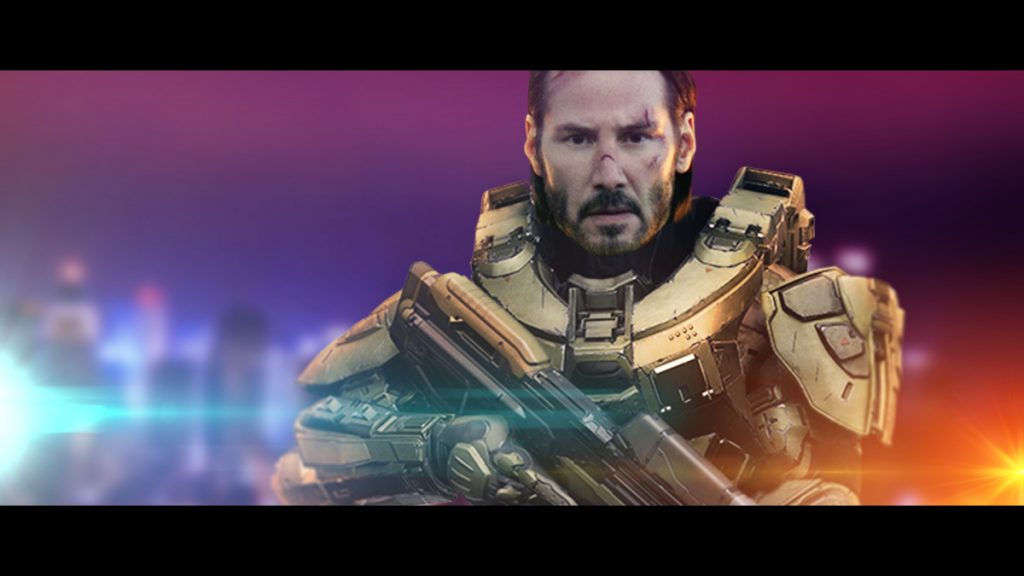