A new era of MyNBA is coming to NBA 2K23 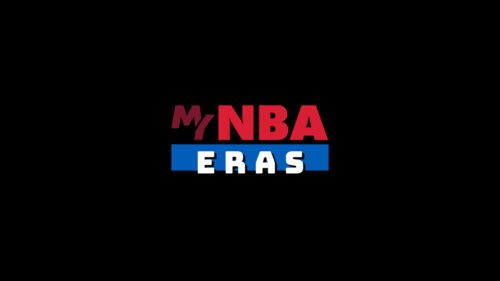 Ahead of NBA 2K23’s launch on September 9, Game On Australia were invited to an exclusive virtual presentation hosted by the devs. Ourselves, as well as other media outlets, were given a sneak peek at what’s to come, including changes to NBA 2K’s GM/Leagues mode, MyNBA.

So far, the general public have learned about some of NBA 2K23’s gameplay features and improvements. As well as an in-depth look into how the Jordan Challenges have been rebuilt and presented to be authentic to the era it’s played in. The team have also chosen to continue their focus on “eras” and authenticity with MyNBA, while also re-branding the mode.

MyNBA will now be called MyNBA Eras, and is described as “a time machine that transports players into each specific era.” It’s also been described as a “dream feature” that the NBA 2K team have wanted for over a decade. With MyNBA Eras, you’ll be able to pick an era, such as the Jordan era or the Kobe era for example, and play through an authentic, 80-year long experience like never before seen in NBA 2K.

You’ll have access to accurate to the era features, such as rosters, logos/branding, courts, uniforms and the actual commentators from back in the day. You’re also given choice when it comes to picking a Draft Class. You can create your own from scratch or pick from any of the pre-built 2K or community supplied Classes. Team members will also be automatically put in and taken out, like they were over the last few decades.

It’s not just a visual/audio hit of nostalgia either, you’ll also feel it on the court. How basketball was played back in the day is also how it’ll be played in MyNBA Eras. A lot of focus on the midrange, for example, will be seen a lot in games played during the 80’s. The same applies for transitions. You’ll see less threes and more pushes towards the basket as they would in that same decade. 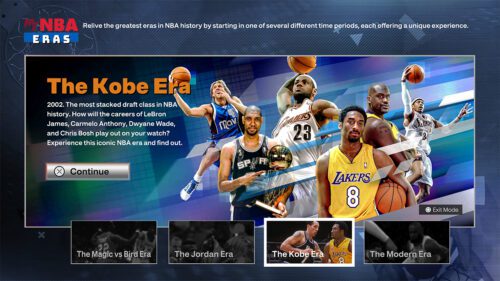 And speaking of the 80’s, the short shorts are back! However, they will get longer as you progress through the years.

The devs have gone to great lengths to make the experience as authentic as possible. Between authentic to the era aesthetics, hearing old-school commentators and reliving classic NBA moments, The NBA 2K team have created one hell of a time machine.

But there’s a plot twist. It seems that the multi-verse now also exists in the NBA universe.

While every detail is historically authentic, MyNBA Eras also allows you to ask “what if?”. You can now rewrite the history and take a different path than how it actually played out. Here are some “What Ifs?” taken from the latest Courtside Report.

“What if the Rockets took Jordan #1 overall in 1984? What if Shaq and Kobe stuck around in Los Angeles? What if the Seattle SuperSonics never moved to Oklahoma City?”

You can essentially play “Basketball God” and see what might have happened if things turned out differently for Jordan or Kobe or Magic Johnson. Not only that, you can also overwrite rules pertaining to that era.

While “eras” and nostalgia is the running theme for the newly re-branded MyNBA mode, the devs haven’t forgotten those who might prefer the “old” MyNBA. As well as being able to choose eras from the 80’s/90’s, players still have the option to play through the newly dubbed “Modern Era”. Which, as you can guess, is the regular MyNBA experience.

Full in-depth details from the Courtside Report can be found here.