WHEN it comes to monitors, I am a simple man – I like a single screen set up.

Now, some of you out there may say that’s because my desk isn’t big enough to a multiple monitor setup, or there aren’t enough power points nearby, and those things might be technically correct (which, everyone knows, is the best kind of correct) but that still doesn’t change the fact I like having a single screen to look at and focus on.

When it comes to TVs, bigger is better, but I’ve found with monitors there’s actually a point where they get too big – case in point, the Acer Predator CG437K and the Samsung Odyssey G9, which are both excellent displays but so big the size ends up detracting from the experience in some respects.

However, I’ve found the Alienware AW34in ultra-widescreen monitors to be a perfect size, offering an ideal mix of “big enough for a great gaming experience” and “Not so big you can’t see all your work/internet stuff”

The latest model, the Alienware AW3423DW 34in QD-OLED monitor, ticks almost every single box I have when it comes to a PC gaming monitor and has consistently impressed me with just how well it has performed across pretty much every scenario I’ve used it with. 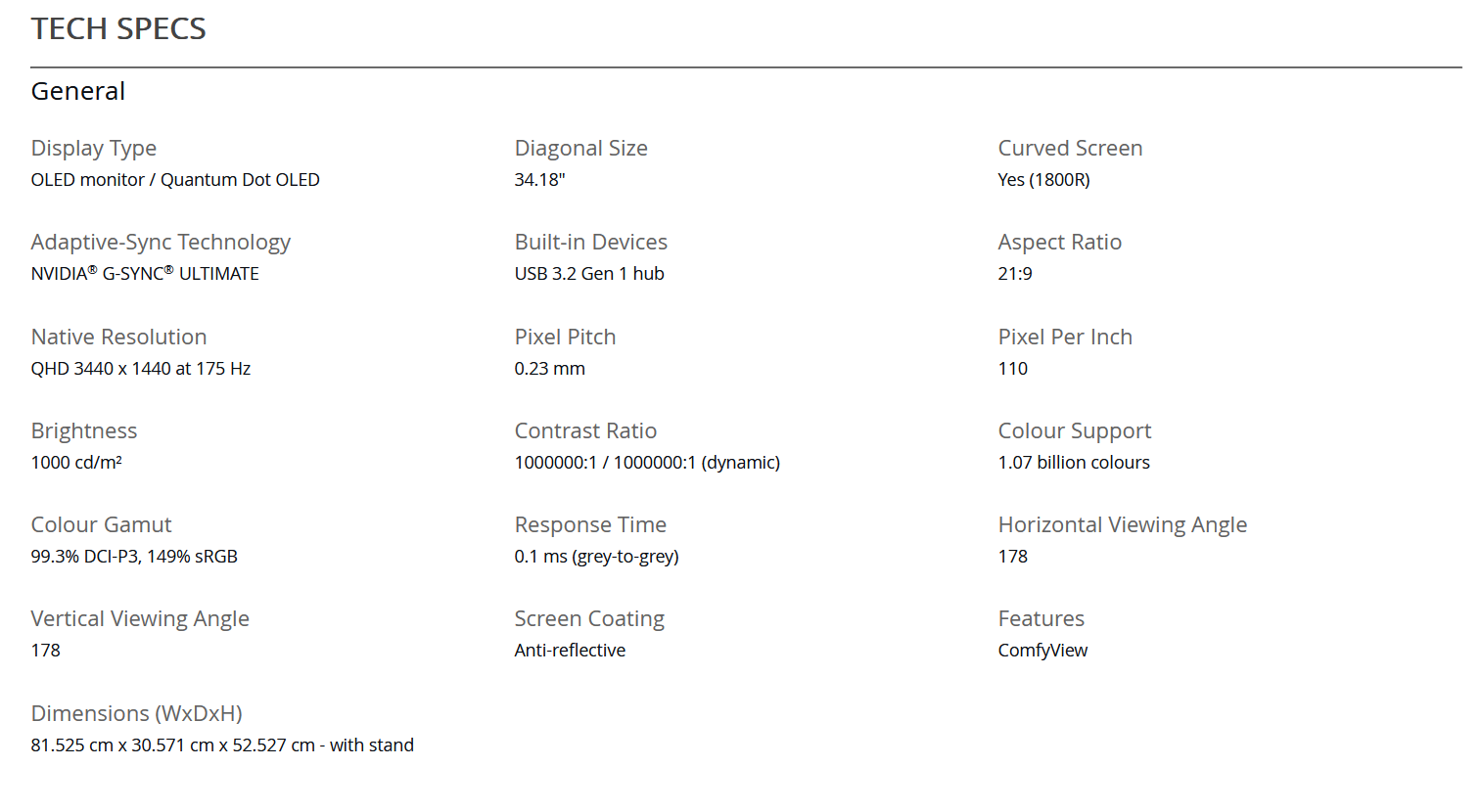 The really important thing, however, is the OLED screen and the presence of HDR.

The images are sharp, the colours vibrant, and everything I played on it was putting its best foot forward as a result – Red Dead Redemption II in particular just looked absolutely incredibly on this display.

The Alienware 34in widescreens have traditionally been very good monitors, but the upgrade to an OLED screen with HDR makes this stand out as something particularly impressive.

I was surprised by how bright the monitor was – as in, the first thing I had to do was adjust the brightness down somewhat so I wouldn’t be squinting at the screen the whole time. The contrast on it was also great, and came out well in atmospheric games.

The build quality is very good too – it has that sci-fi type design common to the current Alienware range which I really like, but it’s not overstated and the RGB elements (around the back, mostly) are tastefully done too.

I had no issues with screen reflection, nor did I experience any issues at all with ghosting, artefacting, or any of the other graphical images that can crop up due to refresh or sync issues.

Having been using the AW3424 for a few weeks now (on a gaming PC with an Nvidia RTX 3070 GPU), on everything from streaming video to AAA games to indie titles to scrolling social media, I have absolutely no issues or complaints. From set-up to use, it’s worked flawlessly and provided an outstanding, game-improving experience.

When the monitor goes into standby, it has a pixel shifting refresh process too, to help eliminate OLED burn-in, although the long-term impacts of OLED burn in on gaming monitors are still being researched, from what I understand.

This really is a brilliant (in both senses of the word) monitor and even though it’s not cheap (RRP AUD$2,299) it’s such a fantastic monitor I think it makes a respectable case for the price tag, particularly if you’re a multipurpose PC user.

Power users (which I freely admit I am not) may find things that aren’t quite to their liking – it doesn’t have HDMI 2.1 support, for example, limiting the display to 100hz in that mode, and it may not be quite right for people doing very specialist graphic design work in some cases – but from a general gaming perspective it really has been a very, very good piece of kit in my experience.

This isn’t a particularly long review because there’s not a lot else to say – this is a great monitor, it has impressive specifications, performed extremely well in everything I did with it – which is exactly what you want in a monitor, after all.

This comes highly recommended if you’re in the market for a new gaming monitor. 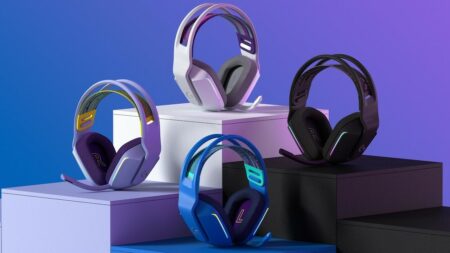 DON’T get me wrong, I do love wired headsets, but there’s just something about wireless headsets that make me gravitate…