CUPERTINO, CALIFORNIA — 18 January, 2023 — Apple today announced the new 14- and 16-inch MacBook Pro featuring M2 Pro and M2 Max, Apple’s next-generation pro silicon that brings even more power-efficient performance and battery life to pro users. With M2 Pro and M2 Max — the world’s most powerful and efficient chip for a pro laptop — MacBook Pro tackles demanding tasks, like effects rendering, which is up to 6x faster than the fastest Intel-based MacBook Pro, and colour grading, which is up to 2x faster.1 Building on the unprecedented power efficiency of Apple silicon, battery life on MacBook Pro is now up to 22 hours — the longest battery life ever in a Mac.2 For enhanced connectivity, the new MacBook Pro supports Wi-Fi 6E,3 which is up to twice as fast as the previous generation, as well as advanced HDMI, which supports 8K displays for the first time. With up to 96GB of unified memory in the M2 Max model, creators can work on scenes so large that PC laptops can’t even run them.4 Rounding out the unrivalled features of MacBook Pro are its renowned Liquid Retina XDR display, extensive array of connectivity, 1080p FaceTime HD camera, six-speaker sound system, and studio-quality mics. When combined with macOS Ventura, the MacBook Pro user experience is unrivalled. Customers can order the new 14- and 16-inch MacBook Pro today, with availability beginning Friday, 3 February.
“MacBook Pro with Apple silicon has been a game changer, empowering pros to push the limits of their workflows while on the go and do things they never thought possible on a laptop,” said Greg Joswiak, Apple’s senior vice president of Worldwide Marketing. “Today the MacBook Pro gets even better. With faster performance, enhanced connectivity, and the longest battery life ever in a Mac, along with the best display in a laptop, there’s simply nothing else like it.” 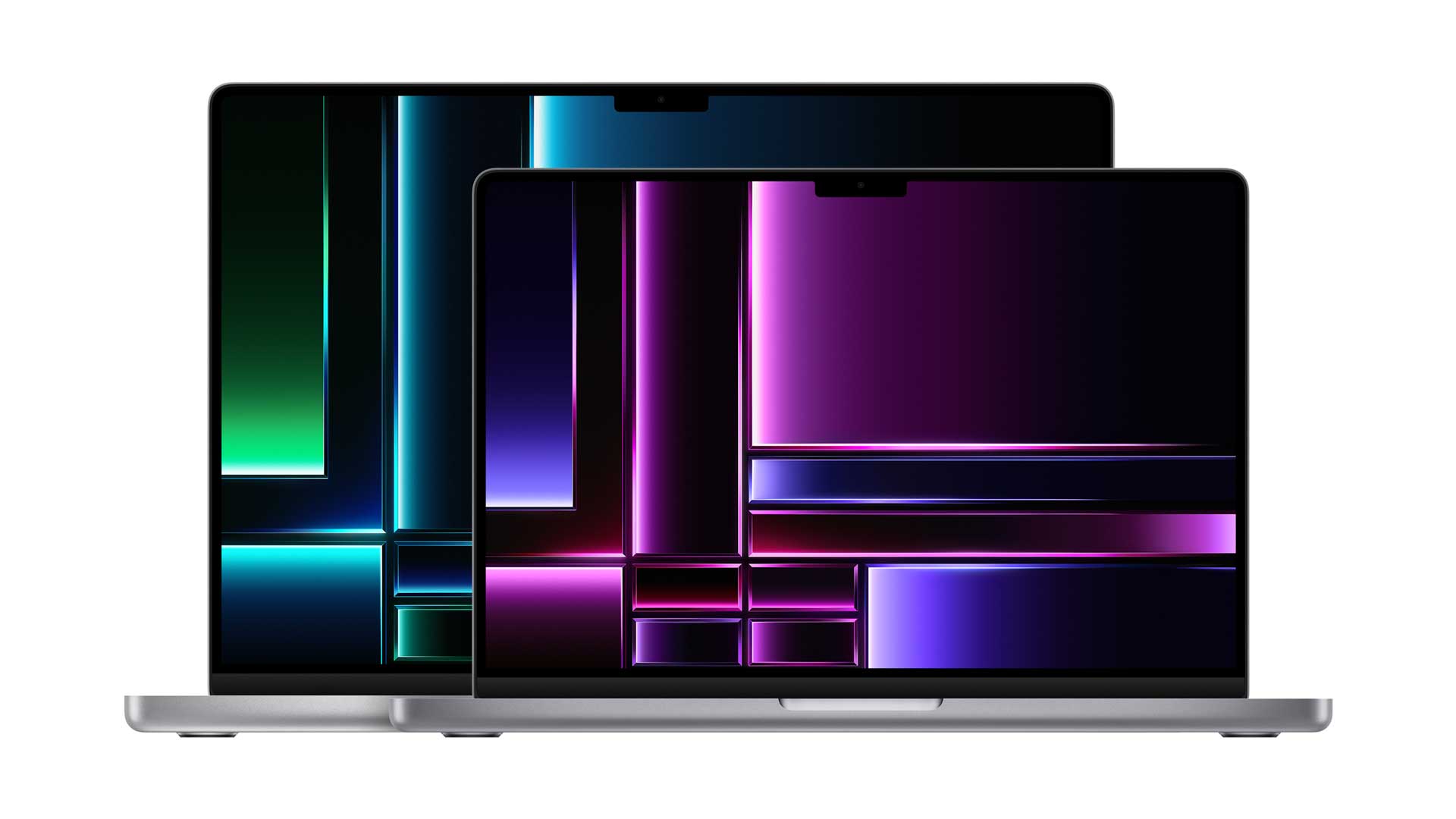 With M2 Pro and M2 Max, MacBook Pro is capable of transforming pro workflows across a wide range of disciplines, from art to science to app development. Users looking to upgrade from Intel-based Mac models will experience even more dramatic improvements in performance, battery life, connectivity, and overall productivity. MacBook Pro also maintains performance whether users are plugged in or on battery. 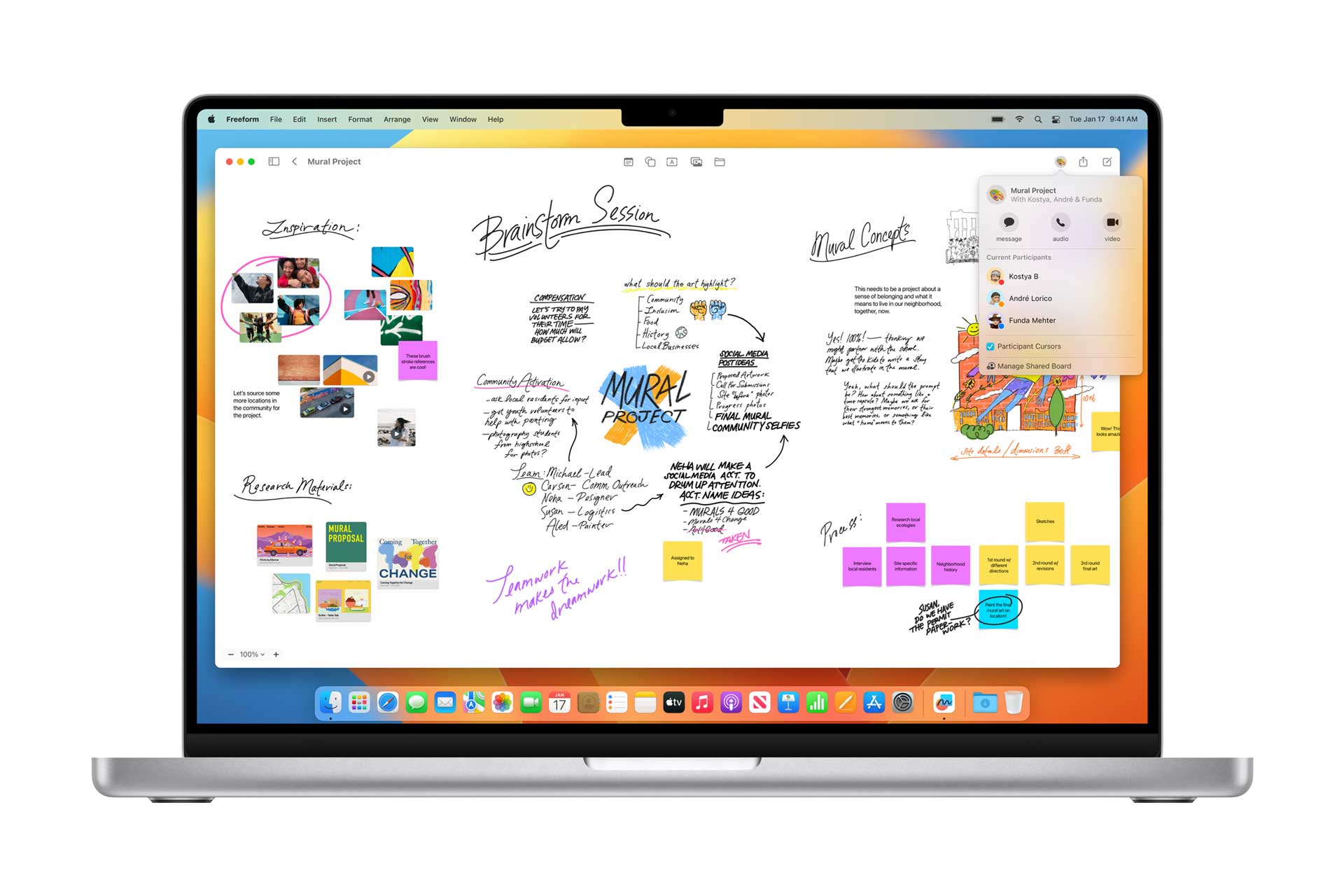 MacBook Pro now features Wi-Fi 6E3 for faster wireless connectivity, as well as more advanced HDMI, to support 8K displays up to 60Hz and 4K displays up to 240Hz. These new capabilities build on the versatile connectivity options already in MacBook Pro, including three Thunderbolt 4 ports for high-speed connection to peripherals, an SDXC card slot, and MagSafe 3 charging.

With macOS Ventura, MacBook Pro delivers even more performance and productivity. Powerful updates like Continuity Camera bring videoconferencing features to any Mac, including Desk View, Center Stage, Studio Light, and more. Handoff in FaceTime allows users to start a FaceTime call on their iPhone or iPad and fluidly pass it over to their Mac, or vice versa. And tools like Stage Manager automatically organise apps and windows, so users can concentrate on the task at hand and still see everything in a single glance.

Messages and Mail are better than ever, while Safari — the world’s fastest browser on Mac — ushers in a password-less future with passkeys. With iCloud Shared Photo Library, users can now create and share a separate photo library among up to six family members, and the new Freeform app provides a flexible canvas that helps users be more productive and expressive, whether they are planning or brainstorming on their own, or together with others. With the power and popularity of Apple silicon, and new developer tools in Metal 3, gaming on Mac has never been better. 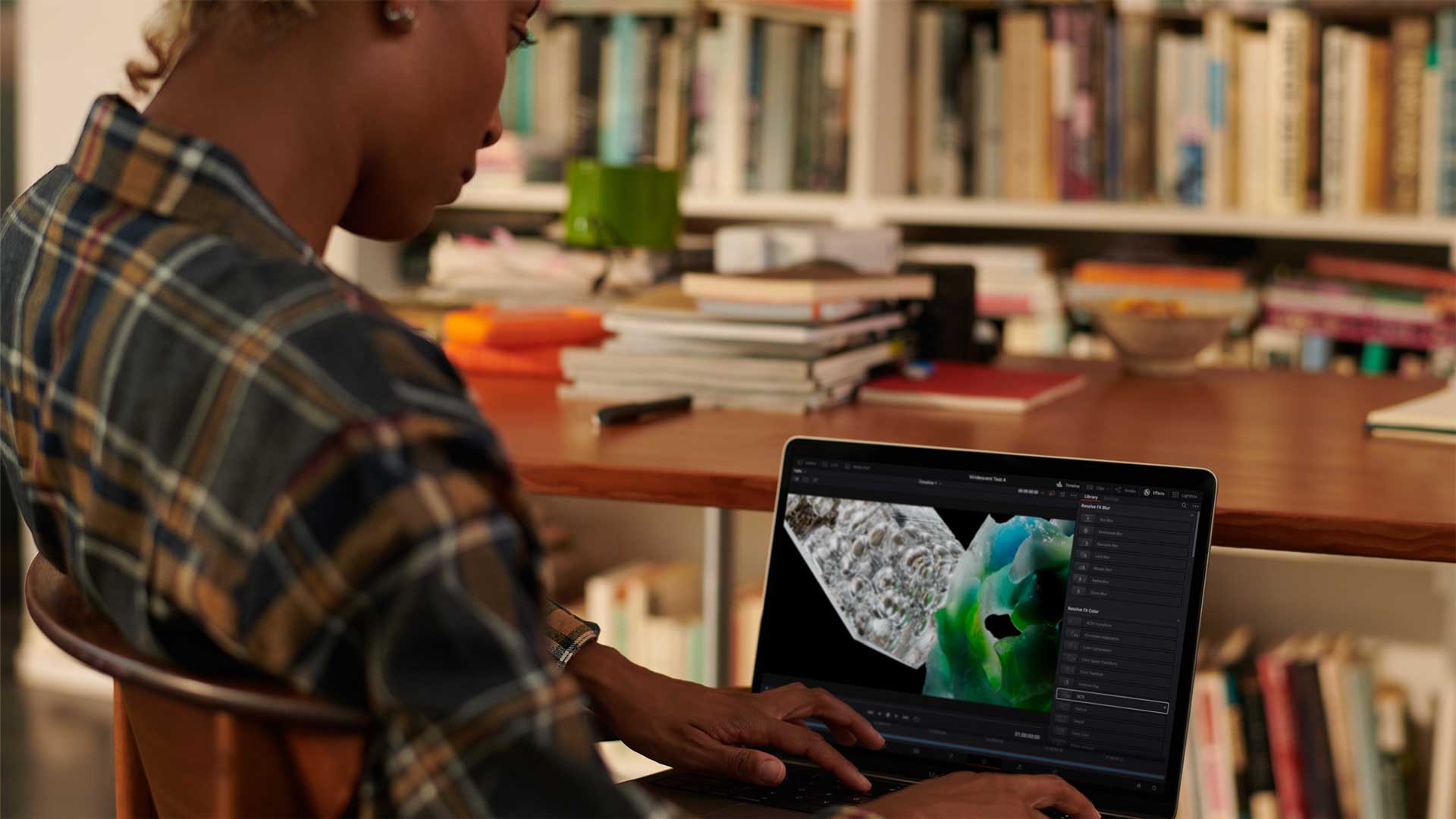 MacBook Pro and the Environment

MacBook Pro is designed to minimise its impact on the environment, including 100 per cent of the following recycled materials: aluminium in the enclosure, rare earth elements in all magnets, tin in the solder of the main logic board, and gold in the plating of multiple printed circuit boards. It also features 35 per cent or more recycled plastic in multiple components, and meets Apple’s high standards for energy efficiency. MacBook Pro is free of numerous harmful substances, and 97 per cent of the packaging is fibre based, bringing Apple closer to its goal of completely removing plastic from its packaging by 2025.

Today, Apple is carbon neutral for global corporate operations, and by 2030, plans to be 100 per cent carbon neutral across the entire manufacturing supply chain and all product life cycles. This means that every Apple device sold, from component manufacturing, assembly, transport, customer use, charging, all the way to recycling and material recovery, will have net-zero climate impact.
Pricing and Availability
• The new MacBook Pro models with M2 Pro and M2 Max are available to order today, 18 January, on apple.com/au/store and in the Apple Store app in 27 countries and regions, including Australia. They will begin arriving to customers and will be in Apple Store locations and Apple Authorised Resellers starting Tuesday, 24 January.
• MacBook Pro with M2 Pro and M2 Max will be available in Australia, China, Hong Kong, Japan, Macau, New Zealand, and Singapore beginning Friday, 3 February.
• The new 14-inch MacBook Pro with M2 Pro starts at A$3,199 inc. GST, and A$2,959 inc. GST for education; and the 16-inch MacBook Pro with M2 Pro starts at A$3,999 inc. GST, and A$3,679 inc. GST for education. Additional technical specifications, configure-to-order options, and accessories are available at apple.com/au/mac.
• Every customer who buys a Mac from Apple can enjoy a free Online Personal Session with an Apple Specialist, get their product set up in select stores including help with data transfer, and receive guidance on how to make their new Mac work the way they want.
• With Apple Trade In, customers can trade in their current computer and get credit toward a new Mac. Customers can visit apple.com/au/shop/trade-in to see what their device is worth.
• AppleCare+ for Mac provides expert technical support and additional hardware coverage from Apple, including up to two incidents of accidental damage protection every 12 months, each subject to a fee.
Share. Facebook Twitter Pinterest LinkedIn Tumblr Email
Previous ArticleApple introduces new Mac mini with M2 and M2 Pro
Next Article Newest LG UltraGear monitor named LEC 2023 Official Display