SOME years after their introduction, dual-screen laptops still remain almost exclusively the province of Asus – likely because they’re extremely good at making them.

As with pretty much all gaming laptops nowadays, it performed very well and continues to prove that the dual-screen setup is viable for gaming, content creation, and just generally being useful.

I tested the GX650 with several games including Uncharted: Legacy of Thieves, Sniper Elite 5, and, just for the hell of it, Honey, I Joined A Cult.

As you’d hope, I had absolutely no issues with any of them – Sniper Elite 5 ran at a very nice 80-100fps on ultra settings, with similar results for Uncharted: Legacy of Thieves. The image quality on both screens was very good and I didn’t have any issues on that front at all.

I continue to like the keyboard layout on the Zephryus Duo systems, and particularly how it has the trackpad on the right hand side – a much more natural location for my hand.

As I’ve said in previous reviews of the Zephyrus Duo laptops, the second screen is legitimately useful – in fact, I used it to type notes for this review – and you can easily use it for things like having Discord open while gaming, or editing different aspects of a project, or having a news feed available; you get the idea. 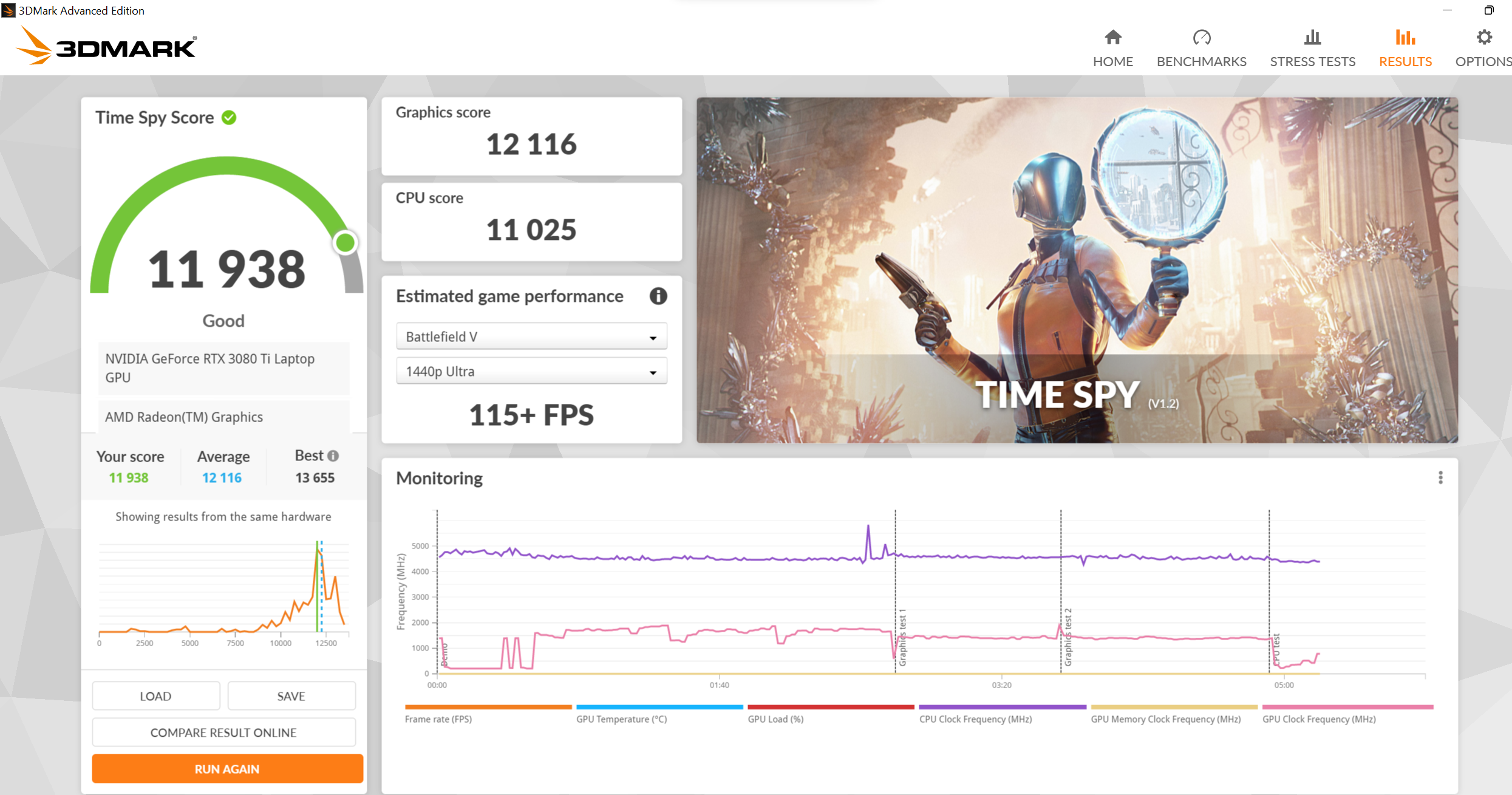 Audio-wise the sound is good too, but I advise gaming with a headset where possible for the best audio experience (and to avoid annoying anyone else who might be in the vicinity with the constant sounds of video game noises)

The chiclet keyboard features a per-key RGB lighting array and I found it comfortable to type on and game with – and it wasn’t too clicky or noisy, either.

Battery life was about 90 minutes on standard settings (including for just watching streaming TV), but with some judicious fiddling of power settings, screen brightness etc I was about to get it up to about 3 and a half hours.

The laptop supports USB-C PD charging and works just fine for general use employing this. I tested the G650 with a Western Digital D50 dock and a Mophie SpeedPort 120 GaN power supply and they both powered the laptop when doing regular internet and work/video watching stuff, but with a max of 90W (the D50) and 120W (the SpeedPort) it wasn’t enough to run the system for gaming (which isn’t a criticism, but a “useful information for a prospective purchaser/user” thing) – gaming laptops generally need 300W+ to run their 3D cards and other systems at max power.

The moral of the story remains, as with most gaming laptops: It’s best not to use them for a long time without a 240v power source nearby.

Performance wise I’ve been very happy with the GX650; but from a design perspective I feel it’s missing a few elements.

For starters, the power plug is on the left hand side near the front of the unit, which means you’re losing valuable inches of power cable (plus having a cable snaking around around the side of the system, too).

While the unit is well made, I did experience some fan noise and heating issues when gaming at higher settings, which wasn’t ideal but didn’t affect the actual in-game experience that I noticed.

The major issue with the Zephyrus Duo GX650 is its cost – you’re looking at over AUD$5,000 which is simply out of the realms of feasibility for most gamers.

Now, if you were a content creator and had a decent accountant who could advise you on the business expense/tax implications of buying this unit, it might be more appealing, but for the rest of us, justifying a $5000 system so you can multitask more effectively while gaming on your laptop is a bit of an ask.

Overall though, I was impressed by the Asus ROG Zephyrus Duo 16 GX650 – but I’d be even more impressed if I could actually afford to buy one.