ATARI was a huge deal for Gamers Of A Certain Age, and by Certain Age I mean even older than I am (I started on a BBC MicroComputer and Amiga systems).

Throughout the 1970s and early 1980s, Atari was synonymous with console video gaming – Atari consoles and games dominated the market until the Video Game Crash of 1983, at which point the crown passed to Nintendo, Sega and the Commodore 64 PC – the name still has a lot of cachet and is remember fondly by many older gamers.

While best known for their heyday system the Atari 2600  –  and a mid-1990s attempt to get back into the market with the ill-fated Atari Jaguar – the brand has been out of the console-making game for some time.

They’re now making a surprise return to living rooms, however, with the company announcing it has partnered with Bluemouth Interactive to distribute the Atari VCS in Australia and New Zealand.

Described as “a completely modern gaming and video computer system, blending the best of consoles and PCs to delight a whole new generation of gamers and creators”, the system appears to be a hybrid PC/console, offering

While the play to the nostalgia market is a solid one which I can respect – and personally I love its retro aesthetic – the timing and price on this might euphemistically be called “bold” or “audacious” or “not very well thought out”, depending on your perspective.

The base system is being launched in Australia in November for AUD$699.95 which, for those of you playing along at home, is also the expected timeframe and ballpark price for the Xbox Series X and the Sony PlayStation 5.

The “all-in” bundle (which includes the base system, wireless joystick and wireless controller) will have an RRP of AUD$849.95, which is significantly more expensive than either competing console is likely to be.

Given the XSX and PS5 are talking about graphics performance and games that will make your eyeballs explode in orgasmic delight, there’s still some question over how this will stack up.

What’s interesting is the VCS is going for more of a “compact under-TV PC” angle, and while it uses its own proprietary Linux-based OS, is fully capable of running Windows 10 too.

According to the official information, the VCS is powered by an AMD Ryzen 1606G Accelerated Processing Unit (APU) featuring Zen-core and Radeon Vega Graphics and is capable of gaming and video streaming up to 4K HDR at 60fps.

It will also feature 8GB of RAM, with 32GB of internal storage which is complemented by an M.2 SSD slot, plus USB connections to external storage as well.

As far as peripherals, it will have a wireless version of the iconic Atari joystick (complete with paddle, RGB lighting and vibration) as well as a wireless controller that bears more than a passing similarity to the Xbox controller.

Given the Atari controller can also be used with PCs and Android systems, it seems quite likely the VCS will work with Xbox or similar controllers too – the promo materials explicitly mention the system can use PC mice, keyboards and controllers.

The system will also come with 100 free classic Atari games (and so it should, given its asking price) – there’s a complete list here but it includes things like Asteroids, Missile Command, and Night Driver. Not included: E.T. The Extra-Terrestrial.

The European and US version of the system will also have a version of the Antstream Arcade subscription app, which is a streaming service for retro games. The service isn’t available in Australia though (surprise, surprise), so knowing it exists is nice but not a selling point for us right now.

Given the Atari VCS is internet-connected and can also run Windows, the system will be able to play a vast number of other games, although I wouldn’t try running Metro Exodus on it with all the settings maxed out.

On paper, the VCS is a really interesting idea but I do have my reservations about the cost.

Even assuming you BYO your own keyboard, mouse and peripherals, AUD$700 is a lot of money – and with two mega console launches expected at the same time, not to mention all the second-hand Xbox One Xs and PlayStation 4s that will be floating around afterwards for bargain-basement prices, I’m not sure if the market is going to be embracing this right away.

Still, it’s a great idea and I’m glad to see someone taking a punt on something different – I’ve requested a review unit so with any luck I’ll be able to take it for a spin in person and give a more comprehensive overview. 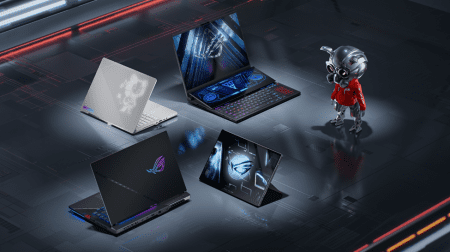