Welcome to B4UPlay! Your ideal destination for all things sequels and prequels. To help get your priorities straight, we thought it would be awesome to bring you insight reviews of original titles as we get ourselves warmed up for everything coming up and to get you ready for your next pre-order! We played through Forza Horizon 3 in anticipation of Forza Horizon 4 releasing October 2, 2018.

“Forza Horizon 3 is a huge step above the previous games in the series with greater free-roam driving, iconic Australian locations to visit and various types of races to discover.”

Forza Horizon 3 is a racing game developed by Playground Games with assistance from Turn 10 Studios and published by Microsoft Studios in 2016 exclusively for Xbox One and PC via Xbox Play Anywhere. This is the third game in the Horizon series and the ninth iteration of the Forza racing games. Players can compete in various events around the game’s world, including various forms of races, time trials, drifting and bucket list challenges. With over 350 cars at your disposal, many of which are Aussie classics, there’s something for every car enthusiast or racing game fan in general.

Forza Horizon 3 straight away feels more open-world and free roaming than Forza Horizon 2, and given the Australian location, I just wanted to drive everywhere and see some of the locations I have wanted to visit in real life but haven’t got there yet! Some of the locations you can visit are Byron Bay, Surfer’s Paradise, the Twelve Apostles and Yarra Valley, just to name a few. Spread throughout the roads are photo opportunities that give a breath-taking view of these locations that’d you’d ordinarily hoon past.

There are also many XP and fast travel boards to find hidden throughout the world, often in hard to reach places or tucked away in old sheds which really made me explore off the beaten track. Some of those sign boards on top of shed rooves, with strategically placed sand dunes or hill jumps nearby, can eat my rage-filled controller!

The bucket list challenges feature a certain goal that must be accomplished in a certain car whilst a relevant song is played from a radio station. For example, the first official bucket list challenge sees you bust through the rainforest in the Ariel Nomad (dune buggy) whilst belting out “Bust a Move”. There is also a wicked Halo tie-in where owners of the Halo Master Chief Edition or Halo 5 Guardians can drive around in the M12S Warthog CTS!

When you open the game’s map, you can see many races and locations available to you, centred around Horizon festivals. In the previous Horizon games, you were one of the racers within a festival. In Forza Horizon 3, you are the festival director and you aim to make the biggest festival in the game world. To do this, you need to explore locations and complete the various forms of races to build your fan base and earn wealth.

As the festival director, you can hire other drivers to help build your fan base as well. This utilises Turn 10 Studios’ Drivatar technology (Driver Avatars) which featured in previous Forza games. Essentially this means there are copies of thousands of Forza gamer’s cars and their Drivatars racing around in your game. Your own Drivatar can earn you credits as well in other people’s games. Over one night my Drivatar appeared in 9 races and earned 4,110 credits.

Every now and then you will receive a notification from Anna, the in-game version of Siri, pointing out that there is a hidden barnyard in the vicinity where you can find an old car sitting in a garage which can be restored by your mechanic. Eventually you will come across the shed and will find a rusted-out body of an old Australian car, such as this Toyota Landcruiser, one of my favourite vehicles. After a short time, your mechanic will restore it to it’s former glory and you can unlock the car from your garage, then race it in-game.

With 350 cars available to play in this game, each type of vehicle sounds super authentic. The muscle cars sound as meaty as in real life and are a thrill to drive. There are also eight radio stations that you can tune into to get some wicked driving tunes, and you can also link up a Groove Music account to play your own tracks which is an awesome addition.

One final remark is that everyone should purchase the Hot Wheels Expansion. Honestly this is up there with the most fun I’ve had in a racing game in all my gaming time. It does help playing it on the 110″ theatre screen as it really made me feel the depth of every loop-the-loop and crazy turn. I am SO glad that there were bumpers on almost every section as I would have kamagutsa off the edge all the time, I was having so much fun!

Overall, I gave the game a 9/10. Forza Horizon 3 is a huge step above the previous games in the series with greater free-roam driving, iconic Australian locations to visit and various types of races to discover. I really enjoyed looking for hidden barnyards to unlock some of the classic Aussie vehicles and play some of my favourite tunes whilst burning rubber. The bucket list challenges added a unique race suited to a range of different cars that you may not have ordinarily chosen to race. The Hot Wheels Expansion kept a smile on a face the whole time – I hope they release similar content for Forza Horizon 4!

This review utilised the Xbox One version of the game with 11 hours of gameplay. Forza Horizon 3 is rated PG with Mild Coarse Language and Online Interactivity and can be bought through the Microsoft Store for $69.95. 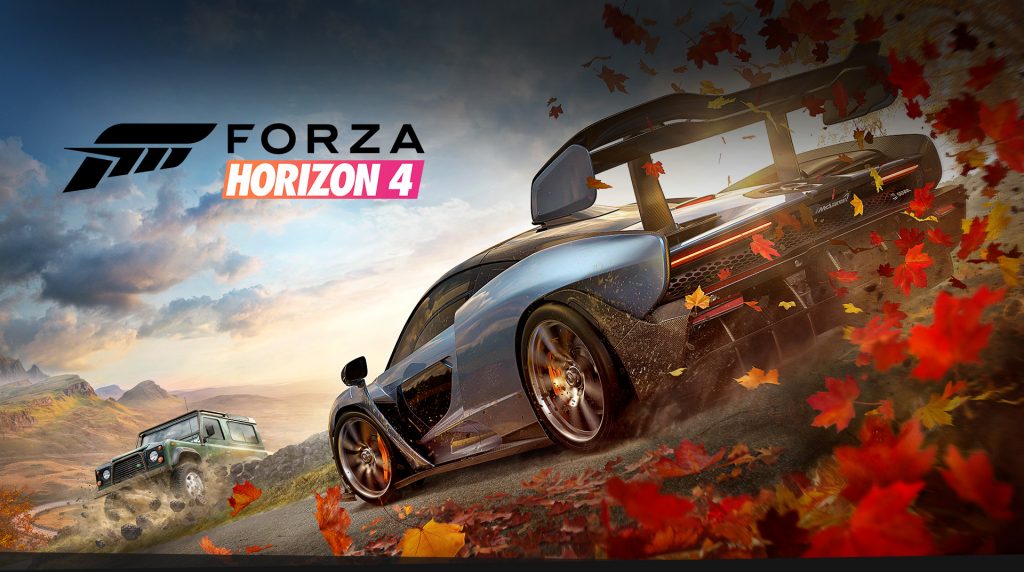 From the official Xbox website – Dynamic seasons change everything at the world’s greatest automotive festival. Go it alone or team up with others to explore beautiful and historic Britain in a shared open world. Collect, modify and drive over 450 cars. Race, stunt, create and explore – choose your own path to become a Horizon Superstar.

Forza Horizon 4 will be released exclusively for Xbox One and Windows 10 via Xbox Play Anywhere on October 2, 2018 and retails for $99.95. Xbox Game Pass subscribers will be able to download and play the game from day 1, so there’s no better reason than to sign yourself up and have access to this plus over 100 great Xbox titles!