Welcome to B4UPlay! Your ideal destination for all things sequels and prequels. To help get your priorities straight, we thought it would be awesome to bring you insight reviews of original titles as we get ourselves warmed up for everything coming up and to get you ready for your next pre-order! We played through RAGE in anticipation of RAGE 2 releasing next year.

“The RPG and open-world additions to this id game, in the form of quests, inventory and weapon/vehicle upgrades, really extended my enjoyment of this game and gave me reasons to come back and complete more of the story in successive play sessions.”

RAGE is a first-person shooter developed by id Software and published by Bethesda Softworks. Released in the US on 4 October 2011 and in Australia on 6 October for the PC, Xbox 360 and Playstation 3, at a time when id Software was termed the inventor of First-Person Shooters. Given their track record of Doom and Wolfenstein games, we knew the first-person shooter elements of RAGE were going to be top notch, despite these prior games being quite linear in design. RAGE however is more complex given the game features open-world explorable areas, Mad Max-style vehicular gameplay, mini-games at each outpost, as well as an inventory system for weapon customisation, and this is a big part of its appeal.

RAGE is set in a post-apocalyptic world after an asteroid laid waste to the land, with bandits and mutants threatening settlements. Prior to the asteroid hitting Earth, the Eden Project was initiated in which hundreds of Arks were buried under the surface, each with 12 people in cryogenic chambers to preserve humanity. The idea was that each of the 12 people in an ark had a special ability, so after the dust settled, these 12 people could rebuild society together in settlements. This didn’t go to plan at all and your main character awakens after 106 years to discover the ark badly damaged and noone else survived.

Upon opening the ark you are faced with a scene showing the devastation of the apocalypse, but more importantly it shows a sample of the great work the graphics and environment artists team has put into this game, and they still hold up to today’s standards. There were countless times where I would stop what I was doing to look at the surrounding landscapes. I did experience some tearing of graphics if I looked around too fast, which is one of the complaints of gamers at the time, but it didn’t detract too much from the gameplay for me.

Once you leave the ark and start your way down the stairs, you are attacked by bandits. You are saved by a weathered character named Dan Hagar who is voiced by none other than the legend, John Goodman! I was immediately engaged in wanting to hear more of his and other character’s stories. I also liked the little easter eggs id added in the form of bobble heads from their other game franchises.

Movement on foot is fluid in a locked first-person view. You can free roam around Settlements, and early on you can run to the nearby quest areas, however you are given a vehicle early on which you become reliant on. Once you load into a quest area it becomes a linear experience, but when you stumble on your first bandit , the music creates a tense atmosphere and you get on with the killing. You really feel on edge as you face bandit after bandit hurling verbal abuse (“Come here maggot!”) and scurrying towards you. The sounds of the guns are top notch and I loved the boom of the shotgun as you blow heads off the enemy.

Weapons can use various types of ammo and switching between them based on the enemies you’re facing is as easy as holding down control and clicking the ammo type. ‘Fatboys’ ammo for the settler pistol is especially good early game to take down bandits in one hit, and help against your first armoured mutant mini-boss. These Fatboys can be engineered into Fat Mommas – I love the naming conventions.

Throughout each quest zone you will see highlighted items lying around such as beer bottles, bandages and ammunition and you can also loot these items off enemies. If you look in those hard to reach places, you’ll also find collectable cards which are used in the mini-game Rage Frenzy once you get to the Wellsprings settlement. The only negative aspect here is that you can see your enemy’s weapons fall to the ground but you can’t pick them up. A simple, yet effective inventory system allows you to see what your have looted, craft items in the engineering screen and modify your loadout and quick slots.

Engineering is simple; it’s just a matter of finding schematics. Some schematics can be bought by vendors, but the really good schematics are earned through quests. Sentry turrets, remote control detonation cars and sentry bots are just some of the things you can make, providing you have enough ingredients, and these help greatly in later quests.

Driving a vehicle is in third person view as you travel between settlements. The camera is locked forward facing, preventing you from looking around. This annoyed me initially as I did often want to look around on long stretches but you get used to it. There are jumps spread throughout the landscape where you can attempt to take out the Authority’s drones. These drones cannot be damaged with conventional weapons, so going Evil Knievel style off the jumps is a hell of a lot of fun. Some of those drones are tricky to hit, requiring bigger and faster cars, and I’m still yet to find all 18 of them even after two play throughs.

Vehicles aren’t just taxis between quests and target practice for mutants, there are several races you can compete in to earn basic vehicle upgrades at first and then racing certificates to buy better upgrades. The races start off easy in non-combat mode and then become quite challenging later in the game, especially with homing missiles. Some of the time trial races reminded me of playing Star Wars Episode 1 Pod Racer – I loved that game.

Vehicular combat at first is a fun distraction as you drive between quests, but further into the game can be an annoyance, especially if you forget to repair or stock up on vehicle ammo and get swamped by multiple mobs of mutants. Still, there’s nothing like blowing things up Mad Max-style in between quests! After talking to certain characters in-game, you are rewarded for every vehicular kill you get so that’s a good incentive to kill baddies as opposed to skipping past them all the time.

The main questline is linear in nature, but the game’s open-world feeling comes from travelling between settlements and going to the next quest location, completing the multitude of side quests that become available. Now, when I say open-world, this game isn’t as open as Fallout or Borderlands before it, but it certainly feels freer flowing than previous Doom and Wolfenstein games of this time. Some players got over-hyped in those days when the game was touted to be open-world, especially coming off the back of Fallout 3. I feel there was a good balance of all gameplay elements in Rage.

A few pro tips for you to think about whilst playing this game. First, as Pete and Dan say on every podcast, don’t forget to save! Checkpoints only occur when you enter or exit a quest area so you need to remember to save manually and regularly. There were a few times where I lost 30-60 minutes of gameplay as I died a stupid death, only to realise I hadn’t saved the game – I certainly felt the rage building in those moments! The game even gives you hints in loading screens to save early and save often, but did I learn? Second, remember to stock up on ammo in settlements before heading to the next quest area. Third, remember to repair your vehicle before leaving the settlement. Ramming other vehicles does extra damage to them but also damages your own vehicle.

Outside of vehicle races, there are five different mini-games throughout Rage that add a little humour as well as some different gameplay styles to break up the usual questing and killing. There’s Tombstones, Rage Frenzy, Five Finger Fillet, Jackpots, Roly-Poly and Strum. Light-hearted fun games that can get pretty challenging.

The Wasteland Sewer Missions DLC that shipped with the game grants players access to nine sewers across both the Northern and Eastern Wasteland. These sewers are like mini dungeons and provide some extra mutant blasting gameplay and loot. This is a good place to aim for the stealth kill and wing stick kill achievements as it’s close quarters and there’s plenty of enemies.

In December 2012, the Scorchers DLC was released for all platforms, and after a few months away from the game, I finally finished the main storyline. Scorchers added many new locations, a nail gun and armoured mutants. In addition to gameplay changes, Scorchers added the ability to replay completed missions from the main menu and you can continue to free roam playing after the main story had been completed. You can start the Scorchers DLC content at any time and is integrated into the main game seamlessly so you can commence it at any time.

Overall, I give RAGE an 8/10. There was a lot of backlash at the time from the PC community around the poorly optimised graphics and too few in-game graphics settings, as well as a story lacking in depth. I was lucky enough not to experience too many issues with graphics aside from some slight tearing. The RPG and open-world additions to this id game, in the form of quests, inventory and weapon/vehicle upgrades, really extended my enjoyment of this game and gave me reasons to come back and complete more of the story in successive play sessions.

I enjoyed the story and found it engaging enough throughout and it really started to pick up the pace as you obtained more weapons and stronger vehicles. I did start to feel like the quests were getting a bit repetitive, especially the side quests, however the vehicle races and other mini-games distracted me enough to keep playing. The fast-paced series of last few boss story quests were almost to the point where I finished the game and it felt like it came to an abrupt halt. Thankfully though this was the same time as the Scorchers DLC was released so I had more content to play.

This review utilised the PC version over 20 hours of gameplay. RAGE is rated ESRB: Mature / PEGI: 18.

RAGE 2 was fully revealed with a gameplay preview at the recent E3 and you can watch the entire reveal here. From the Bethesda RAGE 2 page – Dive headfirst into a dystopian world devoid of society, law, and order. RAGE 2 brings together two studio powerhouses – Avalanche Studios, masters of open world insanity, and id Software, creators of the first-person shooter – to deliver a carnival of carnage where you can go anywhere, shoot anything, and explode everything. 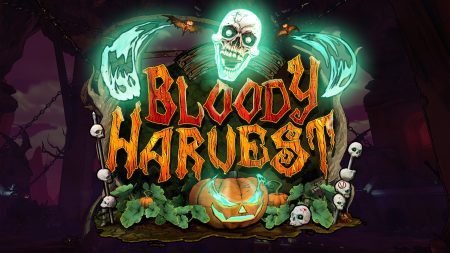 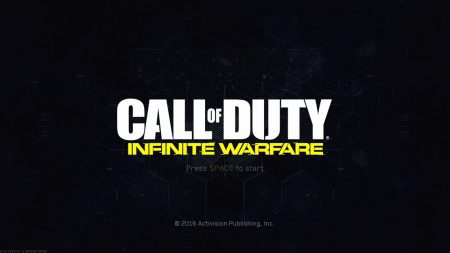 It’s one thing to have big name actors in a game, but the story has to stand on it’s own…