BAYONETTA 3 fans rejoice, since the games initial reveal back in 2017 at that years game awards and then many quiet periods, Bayonetta 3‘s release date was announced in a lengthy story trailer on Nintendo’s website and YouTube channels and we don’t need to wait that long – 28/10/2022

We here at Game on Australia cant wait to see what the latest Bayonetta will look like having been built from the ground up with Nintendo Switch hardware in mind. Previous titles which came out originally on Xbox 360 and PlayStation 3 were then ported to Nintendo WiiU, then 2 was exclusively released for the WiiU, then ports of 1 & 2 came to the Switch in 2018.

It has also been announced on Nintendo’s social media pages that there will be a collectors edition for release on the same day, along with a physical release of the original Bayonetta that was only made available via download code when the double pack was released. More details have been offered for this at a later date. 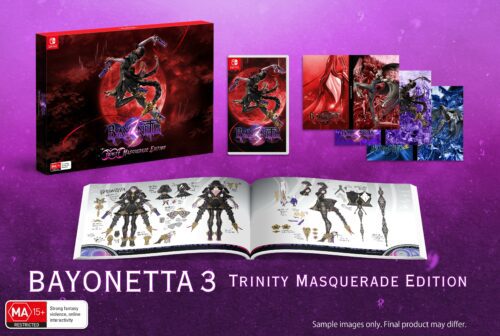 The witch is back and more powerful than ever!

Tap into Bayonetta’s naughtier side with Demon Masquerade, a new ability that channels the demon linked to her weapon allowing for some exciting action options, not to mention some hair-raising combos. She can also summon her demonic darlings like Gomorrah, Malphas, and Phantasmaraneae during battle, unleashing their demonic powers in the heat of combat and in new, larger-than life battles where you directly control the action.

Fight your way through the streets of Tokyo, the mountains of China, and many other locales! Along the way you’ll meet a virtual coven of Bayonettas, each more fabulous than the last. You’ll also slash and slay as Viola, a feisty witch in training who fights with a sword and a capricious companion, the demon Cheshire. Find out what fate awaits Bayonetta, and if this arcane alliance can really save reality!

SOUTH of the Circle is a compelling narrative gaming experience taking place in Cold War-era Antarctica. https://youtu.be/Qk5VoKBZ5xw?t=4 Originally released on…