Big changes are coming to MyTEAM in NBA 2K23

Last week, we spoke about an exclusive NBA 2K23 virtual presentation that GOA were lucky enough to attend. The NBA 2K23 devs were more than happy to share some early details with us and a small handful of others, including changes being made to the MyNBA mode.

But what I didn’t reveal was that there was a lot more information that we were sitting on. The devs not only shared details about the newly branded “MyNBA Eras” but also the big changes coming to MyTEAM. It’s not being re-branded, but the devs have promised that it’ll be “more accessible” to players. MyTEAM also happens to be my main mode, and I’m very excited for what’s to come.

For starters, there are big changes to how cards behave. The biggest one is the elimination of Contracts.

The devs have been listening and they’ve taken away the requirement of Contract cards being needed for cards to play. It was also right around this point of the presentation that I was hoping for changes to Free Agent cards. But, unfortunately, there are no changesto them. 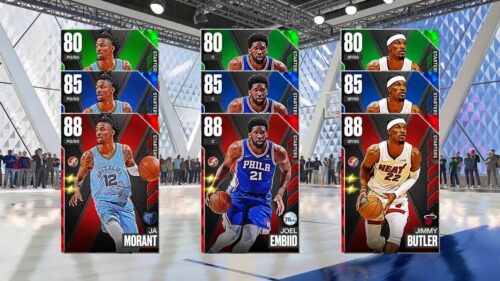 Levelling cards has also become easier, thanks to Exhibition Missions. These work similar to passive companion missions found in RPG games, etc. where you send someone away for a period time. Player cards will return on completion with a special reward.

Eras have been a big theme of NBA 2K23 so far, and it’s no different in MyTEAM. You’ll have the ability to collect cards from different eras and team them all up together. Meaning player cards from the 80’s can play with those from modern day. Limited mode will also include era cards, and Challenges will contain rules and regulations from that particular era.

Prize Balls are also being introduced, where players can break open gem, metal, and crystal basketballs to claim rewards. And the rewards don’t stop there, thanks to NBA 2K’s new Trophy Case. You’ll be able to earn top tier players simply by collecting memorabilia cards for different teams. Collecting all team memorabilia in the Trophy Case will earn you a Pink Diamond card.

As for gameplay itself, your MyTEAM journey will start differently from previous years. You’ll be given the three 2022 All-Star cards – Ja Morant, Jimmy Butler and Joel Embiid – however you’ll only be keeping one. But before you choose who you want as your starter card, you’ll be able to get a feel for each player in a game of Triple Threat. Following a game of TT, you’ll choose your Starter Card and open your Starter Kit. From there, you’ll play against AI with your best five cards 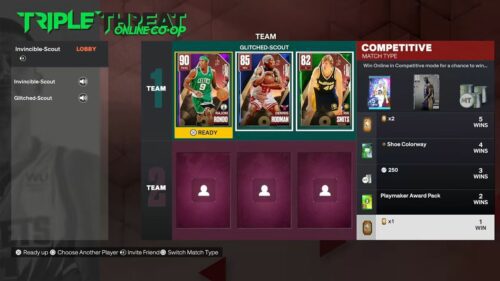 Speaking of Triple Threat, co-op is coming!! Friends will be able to either compete with or against each other in both competitive and casual environments of Triple Threat. Competitive Co-op offers a prize pool of very rare players and and token packs. And if one team member scores to the top prize, so do the rest of the team. But if you’re looking for something more casual, there’s the regular co-op mode against AI, or party mode for groups of 2-6 players if friends want to compete against each other.

Levelling in Unlimited has also changed, with the introduction of a Prestige Tier. This obviously means that players who’ve reached the top of the normal Unlimited ranks can start again and continue to be rewarded. And you can once again check out who’s the greatest of them all with the return of Leaderboards.

And lastly, Domination’s Star reward system has been given a revamp. Earning Stars will now come down to score differentials. Meaning, to earn that star, you’ll now have to score a set amount of points more than the other team.

Full details of what’s to come in MyTEAM can also be be found here in the most recently released Court Report.