The year is 2003 and out of a small back garage, David and Sally Proven started what’s now the largest independant game accessories distributor in Australia. Over the last 18 years, Bluemouth Interactive have worked with many global brands – including PowerA, Thrustmaster and, most recently, 8BitDo – to deliver everything a gamer needs. From simple charging cables to professional grade accessories.

Bluemouth are constantly on the ball with the latest trends, which is how their latest partnership with 8BitDo started. We recently reported the partnership between to the two companies along with the announcement of 8BitDo’s latest wireless controller, the SN30 Pro 2. Prior to their partnership, Bluemouth Interactive saw something within this new accessory brand. Not only were 8BitDo making affordable premium quality accessories, they were receiving rave reviews about them as well.

However Bluemouth Interactive noticed that Aussie and New Zealand gamers weren’t easily able to access 8BitDo’s products through retailers. After testing 8BitDo’s product samples, Bluemouth gave them the tick of approval and a partnership was born.

I attended a virtual media event last week where Bluemouth Interactive went into detail about their partnership with 8BitDo. They also showcased not only the new SN30 Pro 2 but also the range of 8BitDo products we can expect to see on shelves soon.

8BitDo are an internationally known company who mainly stock game controllers. As the name suggests, they follow a retro aesthetic with their product design. Many of the controllers are a nostalgic throwback to gamepads of yesteryear.

What Can We Expect To Specifically See from 8BitDo?

During the event, we were shown a range of different styles of controllers. Not only is most of the line versatile to work with most platforms, they  also help to enhance the gamers overall experience.  These products are expected to launch in Australia on April 22 with a launch New Zealand a month later. 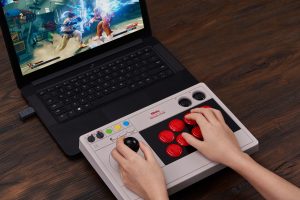 The first product shown is a really fun looking retro style controller for PC and Switch which takes you back to the days of playing fighting games at the arcade. The 8BitDo Arcade Stick is a fully customisable arcade-style controller which, through the power of it’s Ultimate software, allows you to fully map out every button and also program macros.

While it is a large controller, the 8BitDo Arcade Stick is no longer than the length of a laptop. However, you’ll have to get in quickly when these become available locally as Bluemouth pointed out that they’ll be in limited supply to begin with.

The rest of 8BitDo’s range are your more traditional controllers of every shape, size and hardware capability. With the SN30Pro 2 on the way, it’s predecessor, the SN30 Pro, will also be made available. It’s the worlds first fully retro controller, boasting motion controls, bluetooth, rechargable batteries and button mapping.

The 8BitDo Lite are a more colourful, rectangular variety of controller which perfectly match with the Nintendo Switch Lite. But while it looks very similar to the handheld device, the 8BitDo Lite can be used with most other devices. The 8BitDo Lite will also see limited supply when it arrives locally. 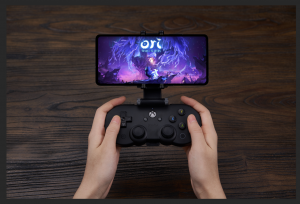 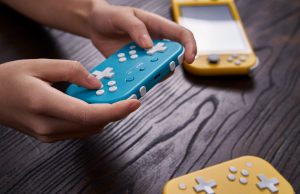 The smallest in the range though is litterally so tiny, it weigh’s only 20g. The 8BitDo Zero 2 looks like a more comfortable JoyCon packing 8 hours of gameplay and recharble batteries. These also come in colours similar to the Nintendo Lite and like the 8BitDo Lite, it’s compatible with most devices. 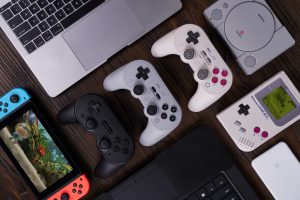 The SN30 Pro 2 has been presented to be as customisable as you want it to be. Available in Black, Grey and G Classic, the SN30 Pro 2 is capable of being more than just another wireless controller. It’s obvious that 8BitDo have designed the functions of the SN30 Pro 2 to easily be changed no matter where you are.

With the power of the Ultimate software that comes with it, you’re able to map buttons, program macros, change trigger range, vary stick precision and even customize the vibration. With a few simple taps, you can change the power of vibration and where you want it to come from. Whether it’s from both sides, one side or neither.

It wasn’t until the team had presented us with the SN30 Pro 2 that we had learned just how useful the Ultimate software was for not only this controller but with others that also use it. Ultimate is not only available on PC but also for mobile devices. Meaning if you’re gaming on the go and want to change the way your controller acts with a different game, you can easily change your mapping and settings on the fly. 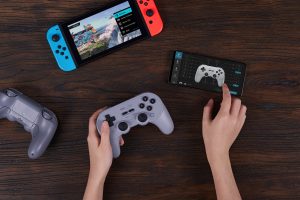 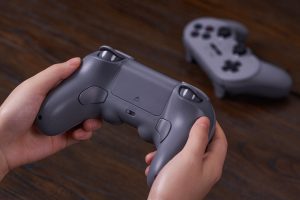 The amount of power behind the SN30 Pro 2 doesn’t stop there. The controller boasts plenty of advanced functions other than those featured in the Ultimate software. The SN30 Pro 2 also features 2 Pro back paddle buttons, 6 axis motion sensor, customizable turbo functions and a 20 hour battery life from a 4 hour charge.

There are also a couple of functions which can easily be accessed with the press of a button. Up to three profiles can be programmed into the SN30 Pro 2 which can be switched on the fly. Switching between Android, Switch, Mac and PC modes can also be done with an easy flick of a switch.

The price point of the SN30 Pro 2 does sit around the same range as other wireless controllers on the market at AUD$89.95/NZ$99.95. But from what we’ve been told about it and what it’s capable of, it’s should be worth the price.