Borderlands 3: CONFIRMED! Plus Much More!

Gearbox Software has just finished up the live panel at PAX East and they wrapped up the show with a BANG! After what feels like the longest wait in the world, Borderlands 3 was officially announced. Starting the show with a closer look at the teaser trailer released a couple of days ago, Gearbox explained a few of it’s small details continuing the tease of their connection to the new game. It of course shares the same visual aesthetic as the previous games but looks even sharper than ever in stunning 4K. It’s also packed with new characters as well as a few familiar faces. Judging from the different appearance of characters such as Maya, Lilith and Mad Moxxi, Borderlands 3 is most likely set a few years after the events of Borderlands 2. There’s amazing new locations, a bunch of new enemy types, cool new vehicles to speed around in and over a BILLION guns to loot! Unfortunately, there is yet to be an official release date. Check out Borderlands 3 in all of it’s beautiful HD glory in the official reveal trailer below! 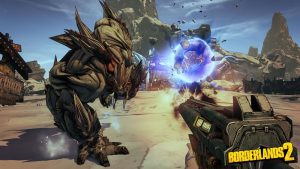 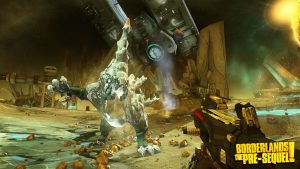 Also coming on April 3rd, Borderlands: Game Of The Year Edition for Playstation 4, XBox One (physical and digital) and Windows PC (digital only). Almost 10 years after it’s initial release, this is the first time we get to see a visual upgrade of the game that started it all. PS4 Pro and Xbox One X players will also be able to enjoy this classic in 4K Ultra HD and HDR. It’ll include the addition of Shift codes, heads & skins for better character customization and a newly added optional mini-map to the screen. They’ve even upgraded co-op play, increasing it from 2-players to 4-players. There’s also been adjustments to the final boss encounter after feedback from players, making it more challenging and more rewarding. Like the original GOTY edition, all 4 DLC-packs are included too. Console players who already own the original will have to buy it again, however PC players who already own the game on steam get the upgrade for free. 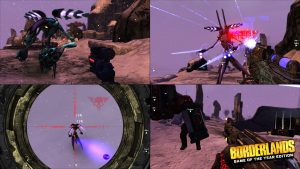 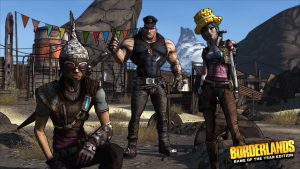 A new Borderlands table top card game was also shown off at the Gearbox panel called Tiny Tina’s Robot Tea Party where you have to build your own Claptrap. Gearbox Software and 2K games have a huge year ahead of them with all these releases. I’m looking forward to following all the news on Borderlands 3 and hoping to hear of a release date very soon.