Bungie Day Gets An Entire Week Or Two Of Celebrations

ANNUALLY on the seventh day of the seventh month, Bungie and its community celebrate Bungie Day. This community created “holiday” has gone all out hosting a fortnights worth of events, including sales, announcements and a charity campaign.

Starting right now in-game, Destiny 2 players will be given a free Spicy Ramen emblem. Other in-game items are also available, specifically for players who reach deep into their pockets in the name of charity. The Bungie Foundation’s Giving Campaign for 2021 has also just started, rewarding players who give to Bungie’s charity arm. Donating anywhere between $10-$75 between now and July 21 will reward cosmetic items depending on the amount. These include: 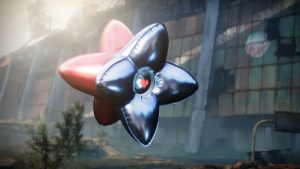 But don’t go spending all of your money in the one place. The Bungie Store is also having a sale from now until July 14 where you can get up to 50% off select merch. Shopping for both sale and non-sale items in the Bungie Store will also reward you with an exclusive Bungie Day 2021 emblem. A new book full of lore is also now available for pre-order from the Bungie Store, called “Destiny Grimoire Anthology Volume IV: The Royal Will”. The new book covers two of Destiny’s most powerful monarchs – Mara Sov, the Queen of the Amoken, and Oryx, the Taken King.

As it’s a community driven “holiday”, Bungie have asked fans to take to social media to share their favourite Bungie memory and artworks they’ve created themselves. Bungie ask for recordings no longer than one minute long to be shared to socials using the hashtag #BungieMemories. Fans with artwork can use the hashtag #BungieDayArt.

Lastly, Bungie have announced that big news about the future of Destiny 2 is on its way. The Destiny 2 Showcase will take place on August 25.