The Call of Cthulhu 40th Anniversary Starter Kit is an absolutely fantastic introduction to the world of horror-mystery tabletop roleplaying.

GETTING into Tabletop Roleplaying Games (TTRPG)s can be a daunting experience.

As someone who started playing them back in the pre-internet era, when you basically had to hope someone you knew was already playing, or take a punt on expensive books, typically obtained at a premium from a specialist store or mail-ordered from overseas with all the attendant costs, waiting, and difficulties that entailed.

Times have changed now (fortunately) and publishers are going out of their way to facilitate getting new players into their game, particularly with developing of starter or introductory kits.

Call of Cthulhu publishers Chaosium are one of these, and have issued a special 40th anniversary starter kit for the game, containing everything a novice investigator (or Keeper, aka narrator/referee) needs to experience horror-mystery roleplaying. 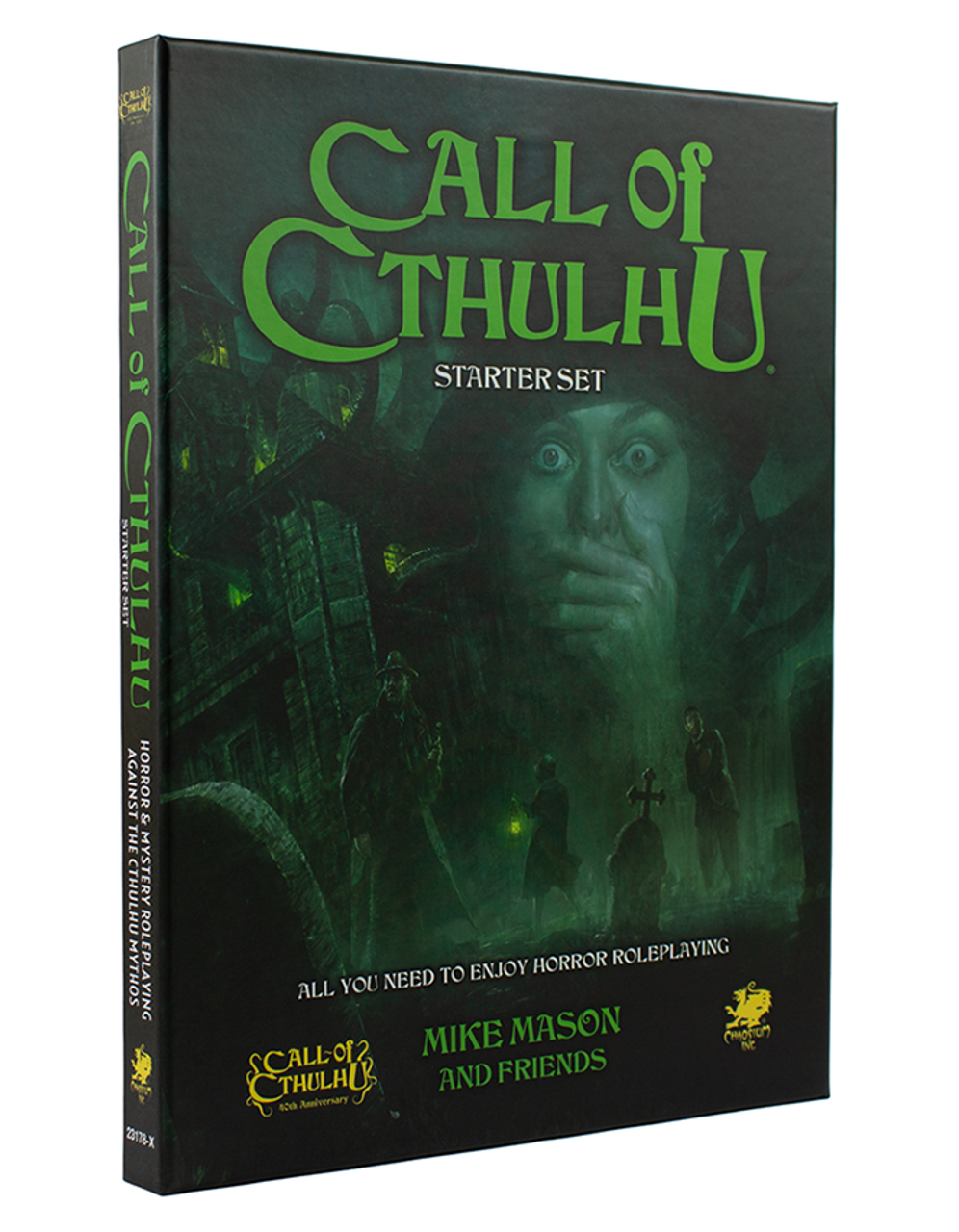 While the RPG itself is 40 years old (first released in 1981), the material it takes its inspiration on is much older. American writer HP Lovecraft created the first part of what is now known as the Cthulhu Mythos (or generally just The Mythos) in the 1920s and 1930s – particularly with his famous short story The Call Of Cthulhu, for which the TTRPG is named.

Following his death in 1937, the Mythos was expanded by his literary friends and other writers, and the Lovecraftian Horror genre has been popular ever since.

The Call of Cthulhu TTRPG is broadly set in the 1920s/1930s one of the world’s most popular pen-and-paper RPGs (in some places, particularly Asia, it’s more popular than Dungeons & Dragons) and offers a very different experience to the fantasy game – characters will die on adventure (or be sent insane, which is essentially the same thing) and there’s no guarantee the good guys will win.

That doesn’t mean it’s a bleak, gothic experience – quite the opposite. Investigating and uncovering a mystery with literally earth-shattering implications is rewarding and a lot of fun, and this starter kit really is a superb way to delve into it.

It’s no secret I’m a fan of Call of Cthulhu and this really is a true starter kit in the fullest sense of the term – literally the only thing you need to BYO to get started is a pen or pencil (and some friends to play with once you’ve finished the first adventure). Everything else – rules, scenarios, pre-generated characters, handouts, and dice – are all in the box.

It also has an ingenious way of walking you through the various mechanics: A solo adventure.

Essentially a type of Choose Your Own Adventure story, the included Alone Against The Flames simultaneously walks you through character creation, combat, and how the game mechanics work while also telling a compelling Lovecraftian story.

From there, you are directed to the introductory rules, which expand on how to create your own characters and run Call of Cthulhu adventures, before heading to book three which contains some straightforward adventures.

The adventures, all set in the 1920s, are designed to ease players and Keepers into the system – the first one is a pretty straightforward mystery with a more or less conventional “horror” twist, the second has a “interdimensional monster accidentally summoned by dark magic” as the antagonist, while the third story is set in Harlem and features the cosmic entity Nyarlothotep causing chaos on purpose by giving a jazz musician a trumpet that raises the dead and causes them to seek vengeance.

There’s also pre-generated characters of various types (including one who definitely isn’t supposed to be Indiana Jones, wink), which is a big help for getting players into things quickly, and there are also a range of included handouts (such as letters, diary entries etc) to add to the immersion.

The rulebooks and adventures are well written and immersive, easy to understand, and even more impressively, the adventures contain several potential jumping off points for further investigations – meaning Keepers can keep thing going under their own steam.

If you’re looking to get into Call of Cthulhu – regardless of whether you’re a fan of Lovecraftian horror, or simply want a different RPG experience – you simply cannot go past the Call of Cthulhu Starter Kit. It’s the textbook example of how to make an accessible RPG onboarding experience and deserves a place on every TTRPG enthusiast’s bookshelf – especially if you’ve got a friend group you’d like to get involved in the RPG scene