Call of Duty is ditching the future to go back to its roots..

Strikingly realistic ‘CoD 2017’ pictures have surfaced online suggesting the next game in the annual shooter series will be going back to its roots in November.

The artwork shows a band of brothers style bunch of soldiers on the muddy battlefield with the words Call of Duty WW2 beneath it.

In what looks like a steel book casing the images show heroes from the 1940s charging along a minefield beach, Normandy style, with their authentic ears weapons at the ready.

The images appeared on a small YouTube channel called TheFamilyVideoGamers.

It has just 433 subscribers and said it was sent an email with the pictures saying: “Hey!

“These are legit and from the source, but I cannot state who. All I can say is that they come from someone very close to the project over at Sledgehammer ~Anon :)” 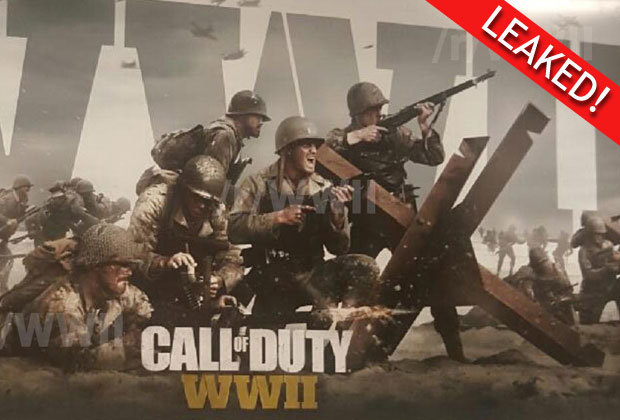 Take the posting with a pinch of salt right now until official confirmation, but CoD maker Activision did say “Call of Duty would go back to its roots” in February.

And it’s getting fans eagerly excited as traditionally the new CoD tends to be revealed around this time of year.

Leon Hurley, of Gamesradar, said: “That is a lot of high-quality artwork and it’s worth noting that the steel book images appear to have small annotations that suggest we
could be looking at internal marketing documents here.

“One thing that’s been repeatedly called out is that these images are simply shots taken from Saving Private Ryan, something that no one has been able to back up yet.

“If this does, in fact, turn out to be true then it looks we could be having another European beach landing.

“Call of Duty’s done it before with Pointe du Hoc in COD2, and Omaha Beach in the PS2 only Big Red 1. (As well as Peleliu in the Pacific based World at War and the landing that opened up the Stalingrad level in the original Call of Duty.)

“There’s also been some talk that the ‘WWII’ bit is the same font as Advanced Warfare, the last game from Sledgehammer – the studio that’s up for dev duties this year.
“It’s not, but it is the same white/gold colour scheme for what that’s worth.”

Sledgehammer also tweeted at the turn of the New Year using the image of old looking gears with some suggesting that it was hinting at a London connection.

Fans have been increasingly vocal about a need for the series to return to a ‘boots on the ground’ style of gameplay.

Many are taking about being bored of the future shooter settings of recent years, complete with jet packs and robot exo-suits.

And with the winter success of classic CoD hit Modern Warfare Remastered, there seems to be a yearning for traditional ground warfare again on the ‘next gen’ PS4 and Xbox One consoles.

Would you want to see CoD go back to its roots? Or are you happy with the futuristic settings of the past few titles? Let us know on Facebook!