This year, November 2021 will mark twenty years of Xbox. What a journey it has been since November 15, 2001, when the original Xbox was launched in North America. Twenty years ago, playing on Xbox meant hooking up your console with multiple cables to a standard definition CRT TV.  You had to pre-order the latest new games and stand in line at your favourite brick and mortar retail shop to pick them up.

Friendships were formed in those lines with fellow gamers and store staff while you were waiting to get your hands on the likes of Halo, Gears of War, Mass Effect, Destiny, and many other amazing games over the years. Games came on a DVD, were played in 640×480 resolution, and you only had 8GB of storage and 64MB of memory to enjoy them with. Co-op gaming with more than four players required a second Xbox console with its own dedicated TV. Going to Xbox parties at your mate’s house meant taking the Xbox, your heavy CRT TV and all the cables with you.

Now with the Xbox Series X/S, I can watch a Fast & Furious movie on Netflix, partway through check the Microsoft Store to see if the Fast & Furious Crossroads game is on sale – it is. Purchase the game on my phone, set it downloading and send a message to an Xbox friend about the bargain and that they should grab it too. By the time the movie finished, I switched apps and was playing the game straight away, all without getting off the couch. It is insane how Xbox, and gaming in general, has advanced over the last 20 years.

Xbox have started celebrations already and will continue through to November 15, 2021. There are a number of ways to get involved:

Over the next few weeks, I will be checking in with the Game on AUS team to see when they joined Team Xbox and what their fondest memories are over that time as we celebrate twenty years of Xbox. Given Dan The Internut, or as he is known in the Xbox world, Capt Albion, started this thing that is GOA with Pete, and because he’s the oldest in our team, he will tell his story first. Keep an eye out for that article later this week. In the mean time, we’d love to hear your memories of playing Xbox over the years, whether you’ve been there from day one or if you joined Team Xbox later, like me when I first got the Xbox 360 in 2006.

Head on over to our discord channel or hit us up on socials and get the conversation going. Be sure to use #Xbox20 on social media to share your favourite Xbox moments, stories, friendships, prized possessions, achievements… anything! Game on Xbox you bloody legends! 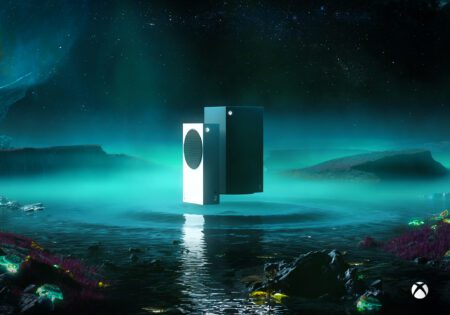