August 9th – World of Warships, is bringing the heat this August with its newest update, packed with content including the return of the steel giant ‘Puerto Rico’, Brazilian Independence Day celebrations and a swathe of camera improvements. On top of all this, Update 0.11.7 brings with it the return of Godzilla vs. Kong content and a number of quality of life changes. 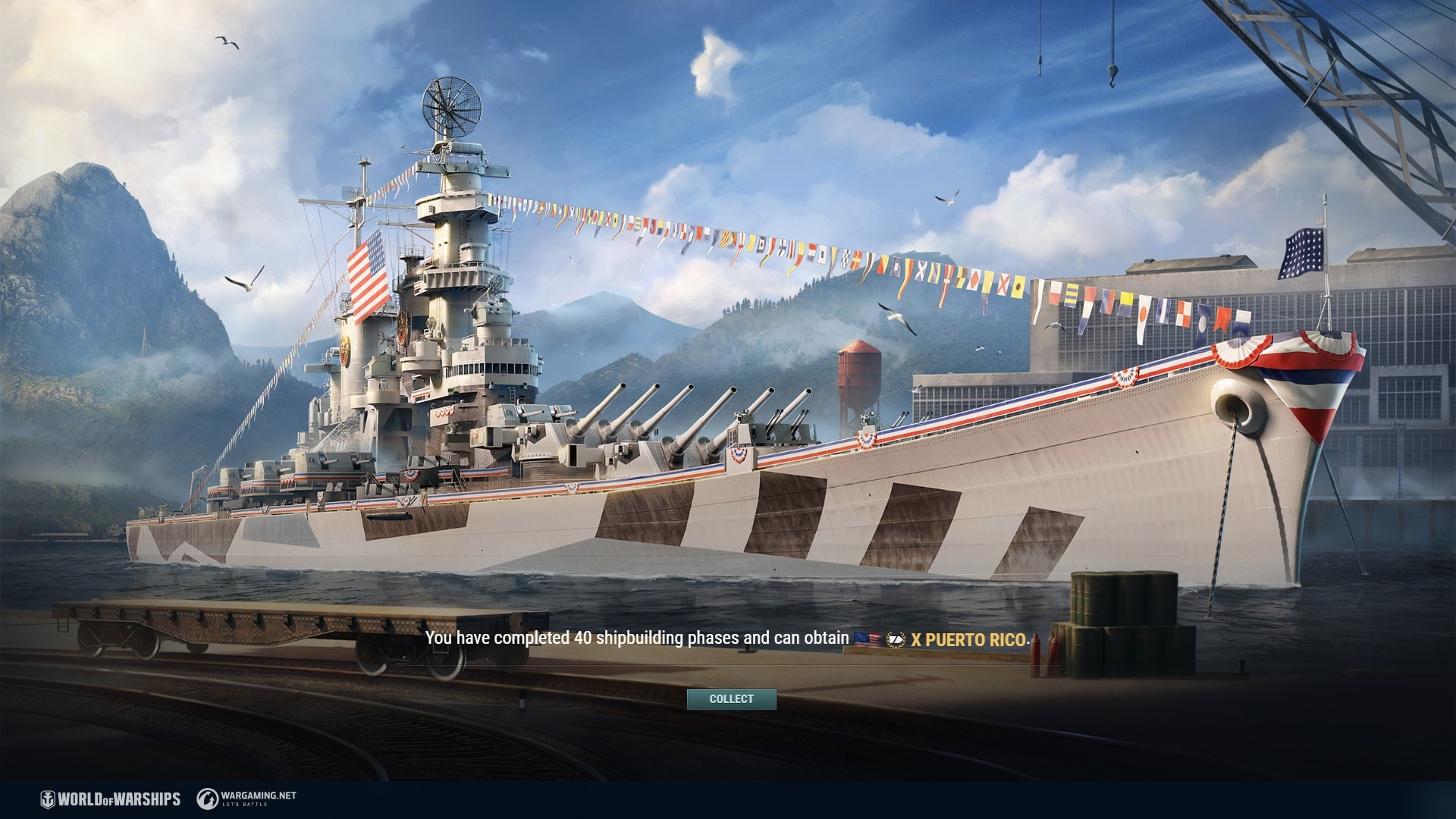 Puerto Rico sails into the Dockyard

Taking the helm of this update is the return of Tier X American cruiser to the Dockyard, which sports 12 powerful 305mm guns spread across four main turrets, strong armour and a good amount of HP. To acquire this cruiser and the rewards coming with her, like the premium Tier VII Commonwealth destroyer Huron, players will need to complete 40 stages of construction before being awarded with the ship which bears a Ceremonial permanent camouflage, and is accompanied by a port slot, a Commander with 10 skill points and a commemorative flag. Those who already have the Puerto Rico in their possession will also be rewarded for their efforts, with the Puerto Rico Certificate which can be exchanged at the Armoury for Doubloons, Steel or Research Points, which will allow players to purchase another tier X ship. 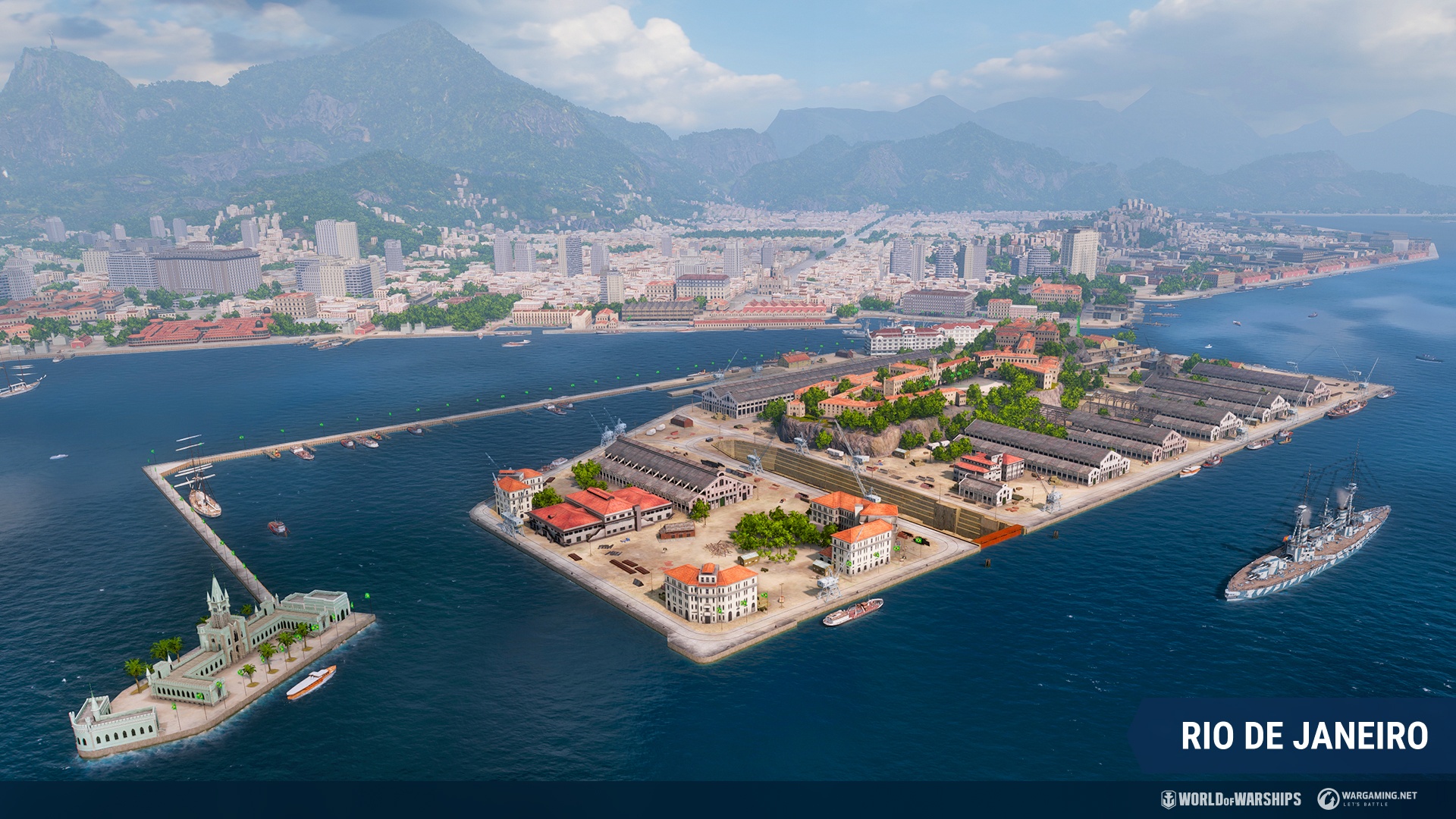 Celebrating Brazil’s Independence Day, a number of Brazilian rewards are up for grabs in the brand new port of Rio de Janeiro: with Tier V Pan-American battleship Rio de Janeiro and its White Swan permanent camouflage, Waves of Copacabana expendable camouflage and a commemorative flag available. The White Swan camouflage is up for grabs as the final reward to players who complete a special chain of combat missions and comes with a special surprise. Rio de Janeiro is equipped with 14 305 mm main guns that boast good accuracy and a high salvo weight. With both HE and AP shells and good combat capability, the ship can do significant damage to its enemies but lacks air defense weaponry and has a low-speed threshold. 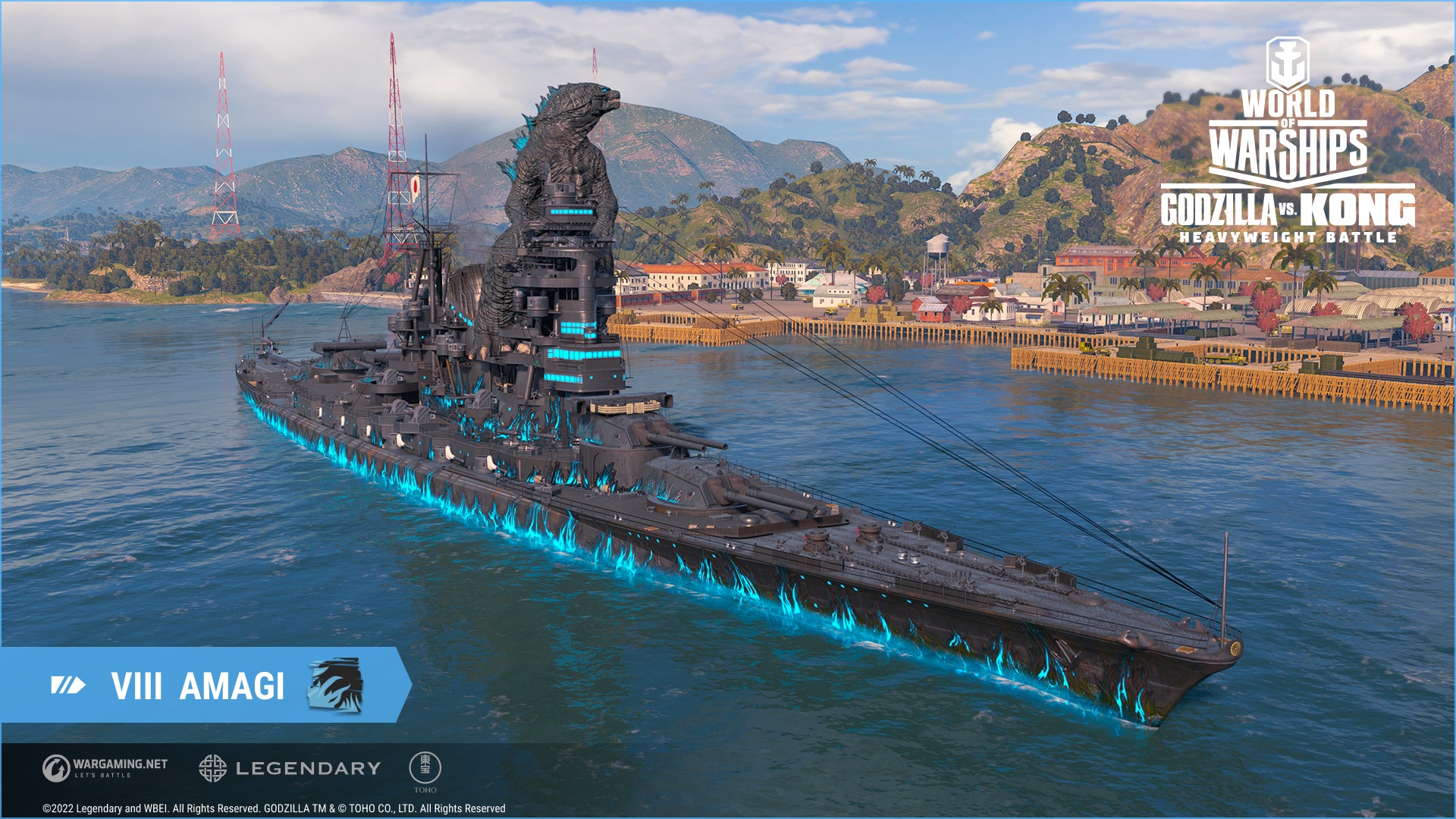 Bringing back a favourite IP, World of Warships’ collaboration with Godzilla vs. Kong sees the return of these two behemoths. Premium containers will contain various items from the past year event with possibility of acquiring permanent and expendable camouflages, commanders and economic bonuses. Godzilla and Kong return as commanders for the battleships tier VIII Amagi and VIII North Carolina with their unique camouflages also making a triumphant return to the seas. Finally in this Warships’ resurrection of Godzilla vs. Kong, Ultimate Titan and Ultimate Guardian expendable camouflages will also be available for purchase once more.

Improving both player experience and convenience, the combat camera has been updated with a narrower field to make the player’s ship the primary focus, and now offers two camera positions to choose from while aiming when using the spotter plane consumable. Two new settings have also been added, enabling the player to set the field of view and camera height from the ship. Camera performance has also been improved for tracking flying projectiles.