If you are looking for the next big Playstation game to throw up against the likes of God Of War and Horizon : Zero Dawn, regrettably this is not the game you have been looking for. What Bend Studio have done is deliver a satisfying and enjoyable experience with an open world zombie mechanic that delivers a similar experience to ones we have seen in this genre before. While it doesn’t re-invent the wheel or offer anything overwhelmingly new, it does deliver a great experience that doesn’t quite get to the heights of the current PS4 exclusives we have witnessed previously. That being said it is still an enjoyable experience that is about 15 hours too long, some further editing and tweaks may have delivered a more concise and fluid experience.

You play as biker Deacon St.John, who has survived with his best friend and fellow biker Boozer. The story is told through a series of flashbacks and exploration as we uncover government conspiracies, attempt to find the whereabouts of Deacon’s girlfriend after being separated and solve the mystery of the Freakers (zombies!) Then the game opens up into other survivors, bringing them into the foray as they figure out how to get along with the rest of the human race and survive freaker hordes. Unfortunately the side characters are as plan and boring as the NPC’s are which is a massive let down for what could have been a great community based story.

Playing as Deacon the primary mode of transport is a motorbike. Before the game was released the footage of riding through the desolate world looked exciting, in reality it is the complete opposite. Any little kind of nick or jump from a Freaker send the bike into repair mode. It is the most frustrating part of this game (apart from the cheesy dialogue) constantly having to repair little run ins that surprisingly damage your bike beyond reasonable use. Fortunately though you can customize the bike as well as upgrade and make repairs. Petrol is also a big part of getting around the map and should be part of your planning process (particularly if you are driving at night!) The missions are ok, it is nothing that you haven’t seen or done before in a game of this type. This sounds like I am being negative and I don’t meant for it to sound that bad, there are some missions that were exciting and gave glimpses of greatness, but these moments were fleeting and far and few between.

Gameplay wise it is an interesting mix of open world exploration, shooting and when you have levelled up enough comes the Hordes. An overwhelming amount of zombies pile up against you and if caught off guard it can be quite the challenge. After playing World War Z in the last two weeks, the similarities between the two in these modes are strikingly similar. The world is littered with the usual amount of people who need help or items from you. In addition there was WAY too many stealth missions that are necessary to complete to progress through the game (it is as annoying and frustrating as it sounds!) To top this off the fact that Deacon yells during these missions makes no logical sense. The melee combat and gun mechanics are solid and offer nothing new to the genre. 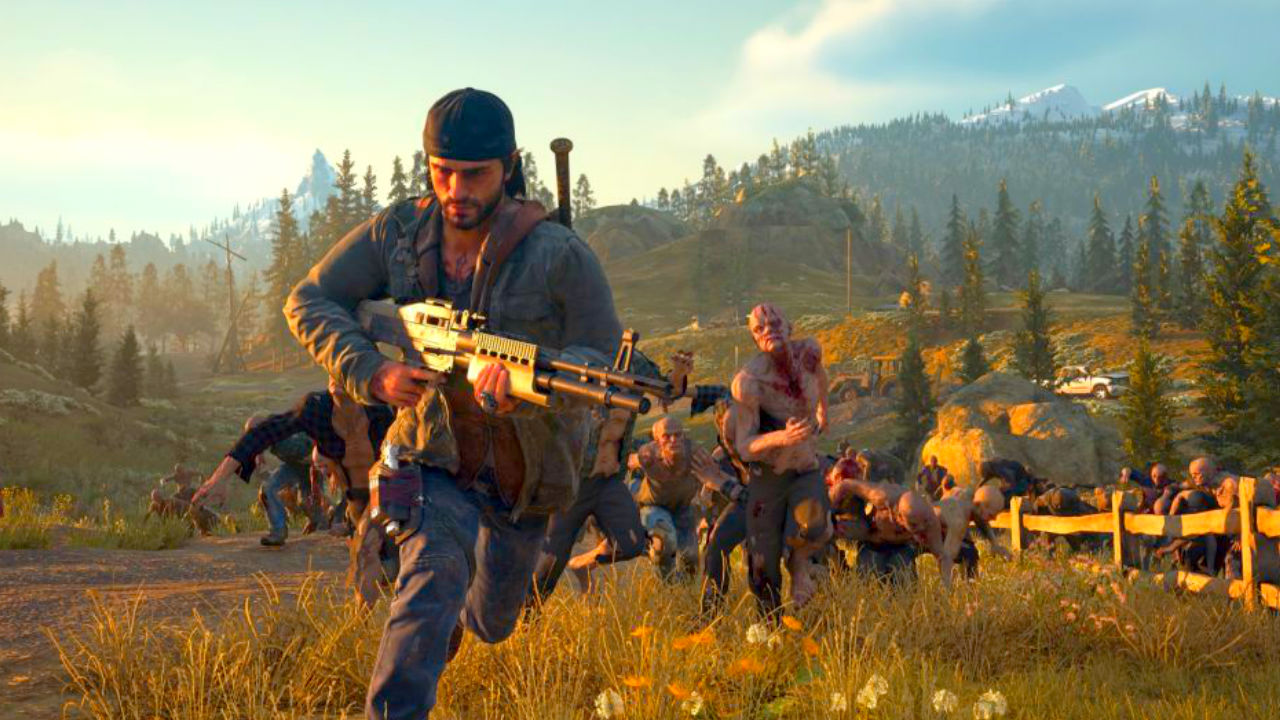 The most disappointing thing about the game is the amount of hype that has been built up for it. There have been many push backs and date changes (which also happened with the masterpiece that was Spiderman for the PS4) regrettably none of this has resulted in a better game. It is an interesting experience, there is a lot of world building and setup which is fine, if it wasn’t so generic. Graphically again this game is fine. There were quite a few times where I experienced audio dropouts and some hilarious syncing issues (I will be posting a video reel in a few days!) it is also important to note that this was reviewed on a PS4 Pro. All of these technical issues could be accepted if the game was spectacular on a Spiderman or Horizon Zero Dawn scale. As the issues with the performance and story go hand in hand it just delivers a mediocre experience. While it may not join the ranks of God Of War or Horizon : Zero Dawn, it does deliver a new IP that could possibly get better in future instalments.

Days Gone is available exclusively on the Playstation 4.