Destiny 2’s Next Expansion Pushed Back To 2022

EARLIER today, Assistant Game Director for Destiny 2, Joe Blackburn, published a lengthy blog post on Bungie.net going into detail about the future of the game. This also included some sad news about the next expansion. The Witch Queen was the next scheduled expansion for Destiny 2, but due to production scaling last year the team have decided to push back the launch of The Witch Queen to next year.

Joe Blackburn explains, “We’ve long thought about moving Destiny’s annual release to the early half of the year primarily for the health of the team, but the Witch Queen and not being tied to legacy expectations allowed us to make this choice early.“

Joe went onto further explain the reasoning behind the decision to delay The Witch Queen. While the teams health has been of great importance, especially during COVID-19, Bungie also want to build up the expansions story. The “Light and Darkness Saga” that’s been played out since the first Destiny is set to come to a conclusion. Joe makes a point of The Witch Queen playing a large and crucial role in telling the final moments of the saga.

Joe writes, “The Witch Queen will light the fire on a strongly interconnected narrative across Lightfall and beyond, unlike anything we’ve ever attempted before, with characters, arcs, heroes and villains that persist over multiple future releases.”

Bungie also want to spend the rest of 2021 focusing more on upgrading Destiny 2 to being the best it can be. The blog post also announced big plans for the year ahead including crossplay coming in Season 15 and implementing transmogs. Joe concluded, “At the end of the day, we know we’re making this call for The Witch Queen and future chapters in Destiny 2 for all the right reasons, ones that puts our team first and our game at the quality bar we strive for ourselves.“

While it’s sad news for Destiny 2 players around the world, Joe made sure to finish up the blog post with a positive note about the expansion. Joe also revealed early concept art for one of the wild armour sets we’ll be seeing next year in The Witch Queen. 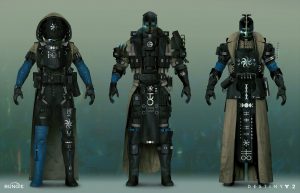