Valve the creators of DoTA 2 will release changes to the game as a patch. This change will affect what is called the Metagame. Wait, what’s a Metagame or meta in terms of DoTA 2. The meta is a term that refers to the most optimal way to win in-game.. The things that influence the meta are: community opinions, professional players and patch releases. When a patch is released, it changes the meta, so it’s noteworthy in the DoTA 2 community. It changes how we win. Patches can include changes to Hero’s, items, mechanics. It will also address bugs and exploits. There’s a bit of contention in these changes as players favourite hero or item can be affected negatively (nerf), while on the other side, people will be happy about a buff (upgrade) to their favourite hero.

With that, see the below for the winners and losers of this patch:

Clinkz can now output more damage at a lower cost of mana. A much-needed buff.

Crystal Maiden can now output more damage with the same resources. Her aura gives her teammates more mana over time.

Night Stalker is now fairly useless during the daytime and is slower to boot.

* Io: Relocate now has channel time instead of a cast delay

Relocate can be stopped, which it couldn’t before. You can still save people, but it will be a lot harder.

You will now need to stay out of team fights, or not take team fights for a longer period of time.

This buff/winner is closest to my heart: 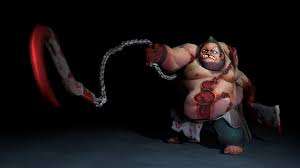 A full rundown can be found here: https://www.dota2.com/news/updates/