For those PC/Mac players (sorry Xbox/PS4!) that pre-purchased the digital edition of Elder Scrolls Online: Elsweyr, early access has arrived two weeks early and there is content galore. This Chapter and free base-game update, launching officially on June 4, brings an exciting world to explore, captivating stories to experience, and a brand-new class to master – the Necromancer. It always gives me those warm and fuzzy feelings of being there at launch hour in an MMORPG, seeing heaps of new characters running around the new starting zone of Elsweyr – the home of the Khajit. 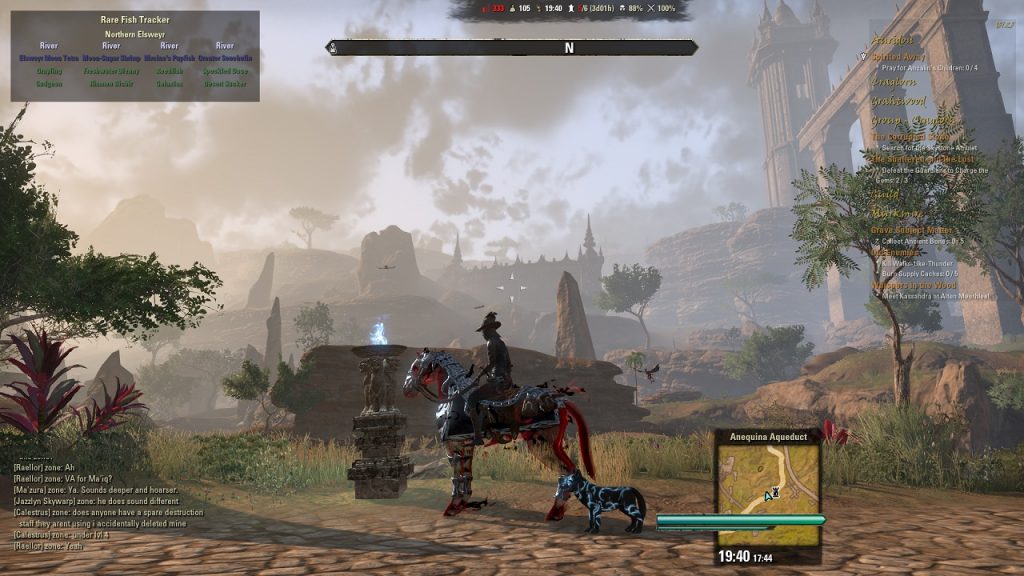 In addition to a new class and new lands to explore, the following features come with this latest DLC: 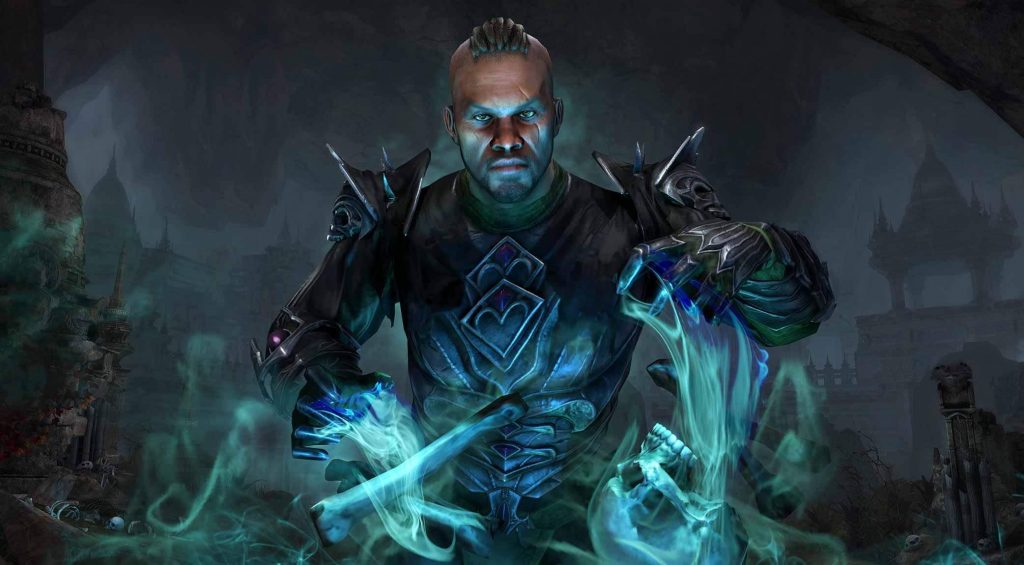 This new Necromancer class brings three unique and formidable skill lines for players to master – Grave Lord, Bone Tyrant and Living Death. Overwhelm your foes with destructive elemental spells, encase yourself in protective bone and flesh, and bolster you and your allies with living death magic. But beware, using these elemental forces in towns and cities can be seen as an evil act, and there’s a possibility you will be flagged as a criminal. 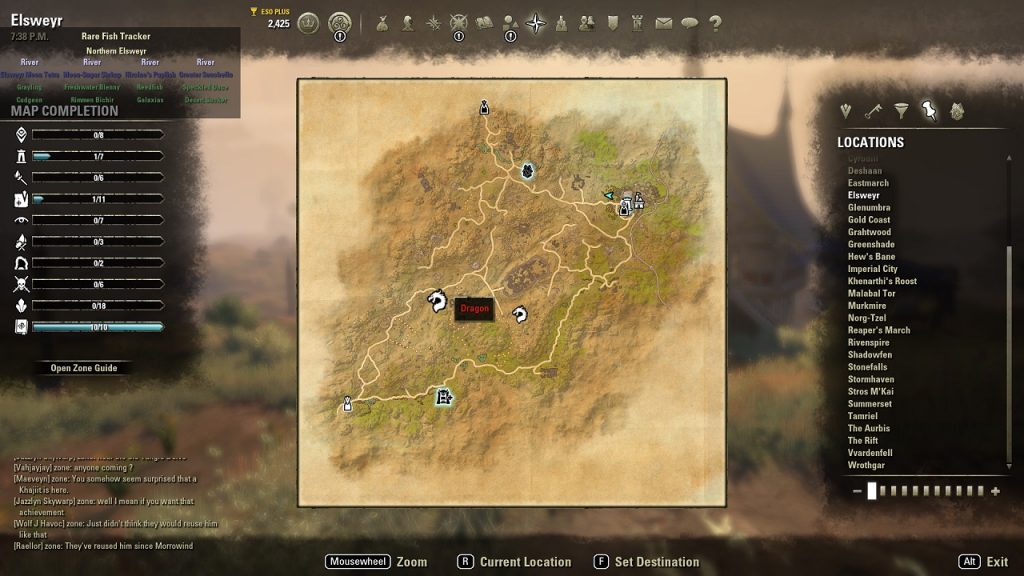 It’s been a while since I’ve seen Dragon’s flying around in an Elder Scrolls game, so I was excited to see one up close and personal. My wife Heather pre-ordered this DLC once it was announced and has been playing tonight (I have to wait until payday!). When you open the minimap, you can see the location of any dragons and whether they’re under attack or not. Once you eventually find them, they are a sight to behold. 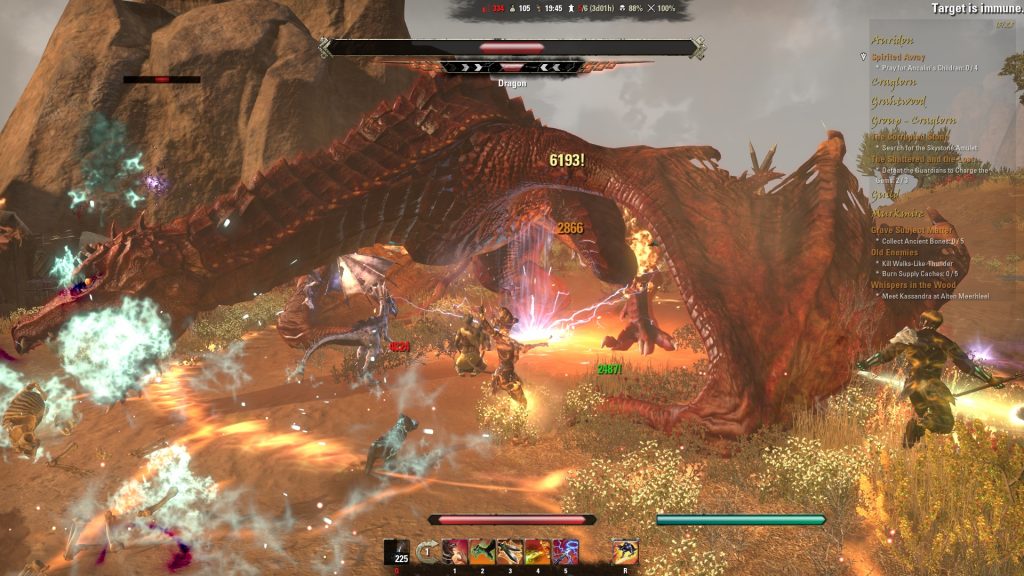 Once Heather had helped kill the first dragon, she rode off in search of the other dragon on the map. As you get closer you can see it flying in the sky and then you see players running to help take it down. Once the dragon is defeated, new loot can be found, new treasure maps and new crafting styles have been added for those that are into crafting. Heather has been playing solidly for the past 12 months and is very close to getting the Master Craft achievement which requires a tonne of work. It’s all very cool and exciting in these early stages and can’t wait to get in there myself (hurry up payday!!). 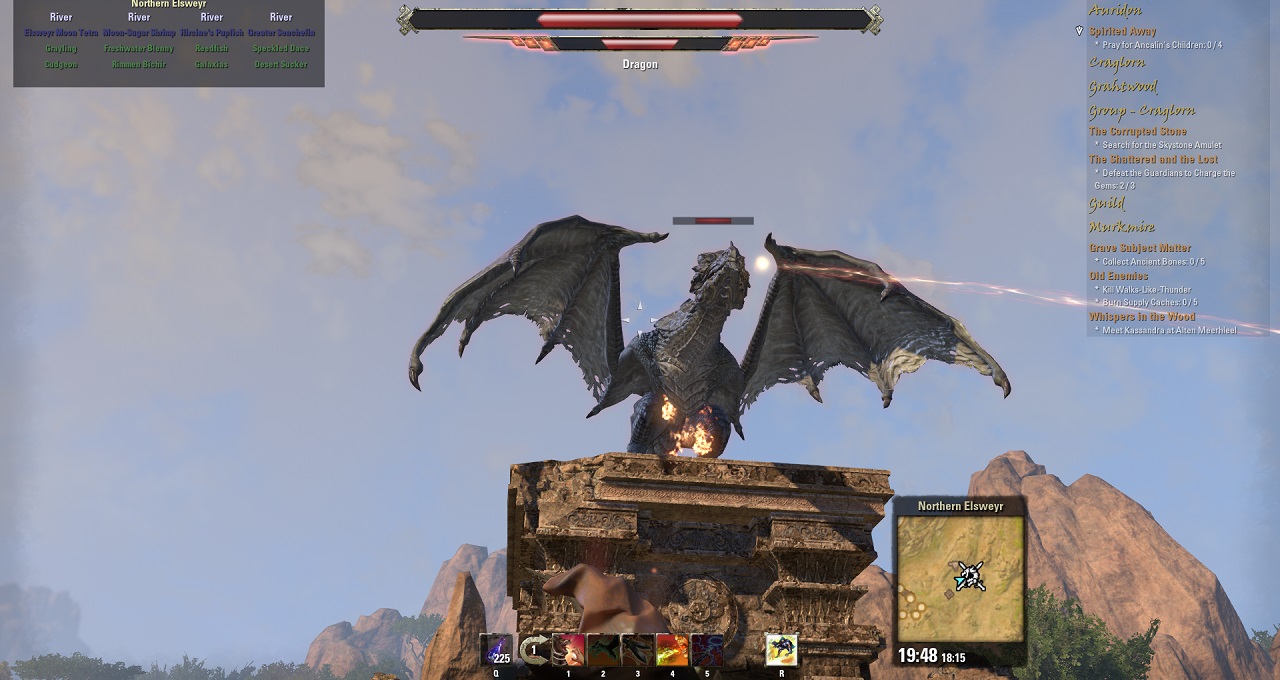 Pre-orders are still available if you are on PC/Mac and want to jump in right now, otherwise the worldwide release is June 4, 2019 on PC/Mac, Xbox One and PlayStation 4. If you pre-purchase The Elder Scrolls Online: Elsweyr before June 4, you’ll receive additional bonus items including a costume, pet, XP scrolls, treasure maps, a Baandari Pedlar Crown Crate, and Rahd-m’Athra mount! For more information about this new Elsweyr DLC, head over to the official website and keep an eye out for our post-release review!