How did you sleep Monday night? Like a baby or a little disrupted around 3ish?

In case you were one of the lucky ones sleeping through, I made the questionable decision to set the alarm to be there live for the PC Gaming Show at E3 2019 to make sure we brought you everything you need to know in the world of PC Gaming. 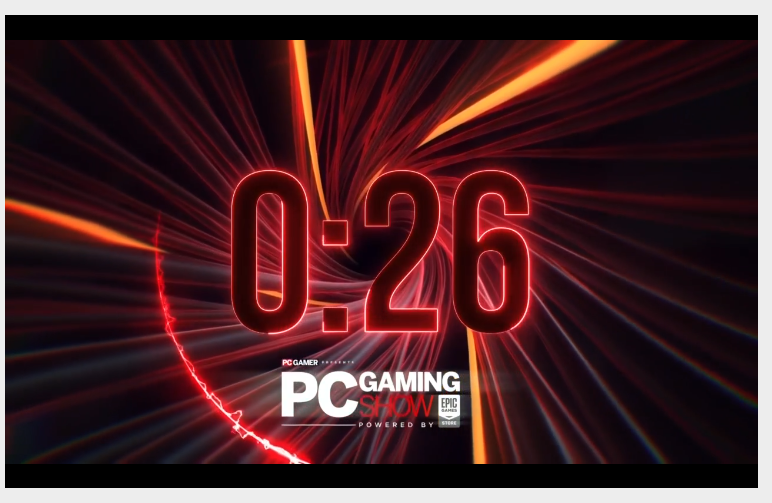 3am kicked off with the all too familiar face of FaceIt PUBG Global Summit host, Frankie Ward with a wonderful, if maybe a little too enthusiastic for that time in the morning intro, with co-host Senan “Day[9]” Plott.

For the next 2 hours I was madly trying to keep up with what felt like speed dating for game releases and developers! No sooner had the trailer played, the team were asked 3 questions and we were onto the next trailer with the night featuring 32 game trailers, 1 new monitor & an exclusive interview with Borderlands Creative Director Paul Sage.

And so in an effort to convey the 2 hours of rapid fire, world exclusive footage, game announcements, developer interviews and tech releases, here is the list of things showcased in last nights PC Gaming Show.

Evil Genius 2: World Domination
From the team at Rebellion, the follow up to the original evil genius, you’ll be base-building and committing acts of infamy in various locations around the world.

Vampire: The Masquerade – Bloodlines 2
Paradox Interactive received a lot of fan love for the trailer and developers confirming there will be new mechanics around the traditional vampire “drink blood to survive” mechanic and introducing new types of blood lusts to fulfil needs as you progress through the game. Also announced is the anticipated release in Q1 2020.

Starmancer
Created by Ominux Games & Chucklefish – I can’t help but feel this may become a Stardew Valley in space and that I will be losing many, many hours playing it!

Chivalry 2
Tripwire & Torn Banner have come together to create a medieval battle game taking you through mass scale fight scenes and giving the option of almost open world play to burn cities, take on civilians and just cause general mayhem. Chivalry 2 is set for early 2020 release only through Epic Games store.

Mosaic
Another one making my ‘to play’ list from Killbite Raw Fury, this dark seemingly dystopian game gives off major Limbo and Inside vibes and is coming in 2019. Also I wouldn’t mind seeing that BlipBlops game coming out at the same time, I am all about collecting blops.

Midnight Ghost Hunt
A multiplayer hide and seek game from Vaulted Sky staged as you playing as ghost or hunters uses my favourite technique of juxtaposition of soundtrack to visuals to really get you engaged. I can see this one becoming a great 4 v 4 fun run game with the longer you hide as ghosts, the more powerful you become. I won’t say this is the new generation of friends yelling about “who threw the green shell” but I can see a lot of arguments coming from “I THOUGHT YOU WERE IN THE CHAIR!” Alpha event sign ups now – release due later this summer.

Unexplored 2 – The Wayfarer’s Legacy
One of a couple of Big Sugar titles for the night, a follow on to the original Unexplored. 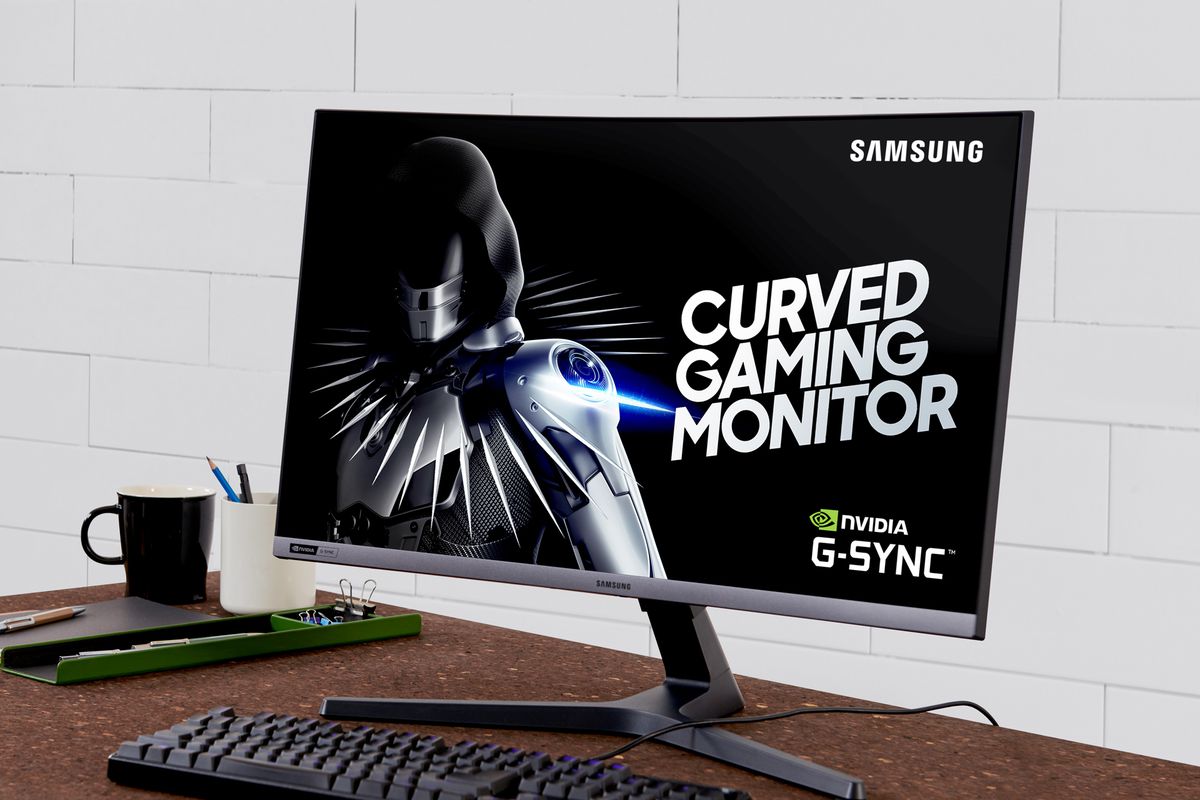 Mutant Year Zero – Seed of Evil
Released by Funcom and a mini daffy duck and a talking moose opening the trailer – what more do you people need?? Available 30 July coming to PC,  Xbox One & Nintendo Switch. You can read Inferno’s review of the base game here.

Conan Unconquered
Already on the market, we were treated as part of the Funcom showcase to an additional trailer.

Moons of Madness
Moons of Madness is an upcoming horror game that combines hard sci-fi with the supernatural horror of H.P. Lovecraft. Coming to PC, Xbox One & Playstation 4 in October 2019.

Conan Chop Chop “not an April fools joke”
A wonderful little gem from Australians Mighty Kingdom in collab with Funcom. Feeling to me like Diablo meets Happy Tree Friends and Friends. Conan Chop Chop is a ‘rogue-like action adventure’ and will be available from 3 September 2019 on Xbox, Switch, PC and PS4.

Last Oasis
The world is dying in this Nomadic Survival MMO. Build walking mobile bases and travel to new lands. Create clans and fight for territory.

Age of Wonders: Planetfall
A turn-based strategy game from the team at Triumph, this game has frickin’ dinosaurs with frickin’ lasers!! You may go ahead and just purchase it now for August 6th release.

Zombie Army 4: Dead War
From the makers of Makers of Sniper Elite 4, this looks to be yet another gore Zombie shooter. The trailer is not giving away too much except a giant zombie Hitler in the sky.

Griftlands
A rogue-like deck builder from Clay Entertainment, due for release on July 11th on Epic Games store only.

By this time you may have noticed I am missing descriptions and titles are short – stick with me – we are just half way through!!

Planet Zoo
Makers of Planet Coaster, Frontier Developments are back again with their newest Planet title.

Shenmue 3
One of the sweetest moments of the show was wonderful little Yu Suzuki taking the stage with his translator to express his gratitude to his team and fans. The latest in the Shenmue series is out 19 November 2019

Songs of Conquest
A new adventure strategy game based on Heroes of Might and Magic, coming from the teams at Coffee Stain & Lavapotion.

From developers Raw Fury, Per Aspera is a base-building strategy game where you try to terraform Mars. It will be releasing some time in 2020.

CRISTALES
From developers Modus Games, Cristales gives a loving nod to classic JRPGs. There is a demo available on Steam and Cris Tales is expected to be out in 2020.

Valfaris
Developers Big Sugar bring us a heavy metal infused 2D action-platformer with the best slogan ever, “Get ready to rip the galaxy a new worm hole.”

Warframe: Empyrean Expansion
Warframe is headed to space in a new expansion that adds ship-to-ship combat with you and three friends. More release details will come on July 6th.

Genesis Noir
From developers Feral Cat Den, Genesis Noir is an existential odyssey that spans from the big bang to now.

Phew, so there you have it. 32 of the best PC games as presented at the PC Gaming Show at E3 2019. After all of that goodness at 3am in the morning and borrowing the slogan from Valfaris, I feel like my universe has been torn a new wormhole.

Share. Facebook Twitter Pinterest LinkedIn Tumblr Email
Previous ArticleA Legend of Zelda: Breath of the Wild SEQUEL is in development and here’s the trailer to prove it!
Next Article Ep. 131 Just Launched… Bringing The FE3ls