Everything You Need to Know About PGA TOUR 2K21

HB Studios and 2K have joined forces once again to not only birth a new sports franchise for the publisher but also revive an old fan favourite. PGA TOUR 2K21 was briefly announced a week ago, bringing a lot of hype for golfing gamers worldwide. 2K has since released an official announcement trailer and even more information about PGA TOUR 2K21 including all of the who’s, what’s and whens fans want to know.

PGA TOUR 2K21 is the first main PGA TOUR title since 2015. This also comes two years after The Golf Club 2019 featuring PGA TOUR which is another of HB Studios and 2K’s work. PGA TOUR 2K21 will officially launch on August 21 for Playstation 4, Xbox One, Steam and Nintendo Switch. However, the Nintendo Switch version will only be available digitally at launch. 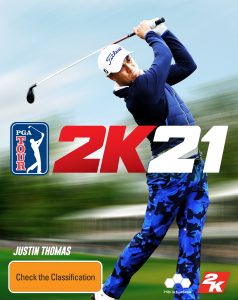 Apart from its launch date, fans are equally eager to hear who will grace the front cover. The lucky golfer to become the debute cover athlete for 2K’s new franchise is PGA Championship winner Justin Thomas. He’s one of a dozen PGA TOUR pros featured in PGA TOUR 2K21 you can go head-to-head with for the title of FedExCup Champion in PGA TOUR Career Mode.

“Being chosen to be the first-ever cover athlete for the premiere PGA TOUR 2K game is a tremendous honor,” said Justin Thomas, 2017 FedExCup Champion, PGA Championship winner and former World #1 on the Official World Golf Ranking. “I’m excited to join the 2K family and challenge players everywhere on the digital links.” 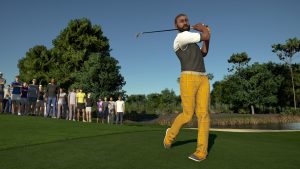 Like many of 2K’s other sport franchises, PGA TOUR 2K21 will offer the same forms of gameplay, customizations and rewards. Along with PGA TOUR Career Mode. there’s a variety of other more casual game modes including Alt-Shot, Stroke Play, Skins and 4-Player Scramble. All of these can be played solo or with friends in local and online multiplayer. And it doesn’t matter if you’re a veteran or a beginner either. Whether you’re in need of a tutorial or want to perfect your putt, there’s a variety of tools to make players of all skill levels comfortable. For those familiar with The Golf Club 2019 featuring PGA TOUR, Online Societies makes a return. Online Societies works similar to a clubhouse where you can enter tournaments and full seasons with other players around the world. Using cutting-edge technology, PGA TOUR 2K21 includes 15 licenced PGA TOUR courses to play on. If you’re the creative type you can also use Course Designer to build your dream golf course using thousands of custom options. All rounds of golf feature play-by-play commentary by renowned broadcaster Luke Lvy and analyst Rich Beem. Tied in with PGA TOUR 2K21’s state-of-the-art graphics and broadcast-style presentation, it’ll feel like you’re watching an actual game of golf. 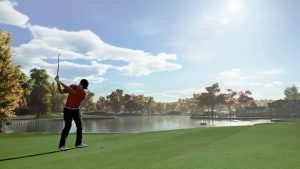 There are plenty of licenced brands featured in regards to dressing up and equipping your MyPLAYER. adidas, Polo Ralph Lauren and Bridgestone Golf are just some of those featured. These cosmetics can be obtained by either in-game achievements or purchasing them using VC (Virtual Currency) which is also used in other 2K sports titles. Pre-ordering PGA TOUR 2K21 will also give you the 2K/adidas CODECHAOS MyPLAYER pack featuring exclusive adidas threads. The apparel designed exclusively for PGA TOUR 2K21, thanks to a partnership between adidas and 2K. will also be available to PGA TOUR 2K21 Digital Deluxe Edition owners.

“As a global leader in the sports simulation genre, 2K is the perfect partner to kick off the new PGA TOUR 2K video game series and introduce the PGA TOUR experience to new players of all ages,” said Len Brown, PGA TOUR Chief Legal Officer and Executive Vice President, Licensing. “We’re thrilled to see what the future of the franchise has in store, starting with PGA TOUR 2K21.” 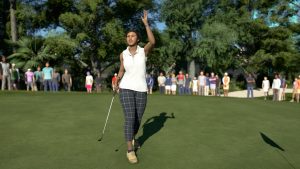