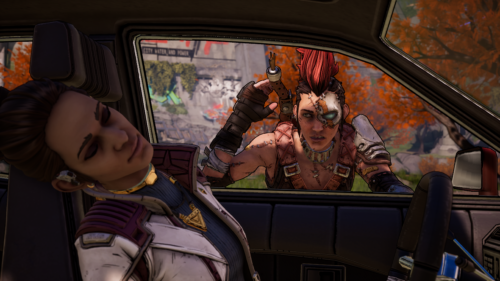 This new five-part standalone adventure comes after the popular 2014 choice-based narrative adventure by Telltale Games. It features familiar locales from Borderlands 3, as well as brand new characters, familiar faces, and an all new story. New Tales from the Borderlands focuses on three new characters: altruistic scientist Anu, her ambitious, “streetwise” brother Octavio, and the fierce, frogurt-slinging Fran. Their fate is in your hands as you deal with a planetary invasion, a vicious vault monster, and cold-hearted capatalists to name a few.

Tales from the Borderlands was originally developed through Telltale Games, who primarily created narrative choose-your-own adventure games based on various franchises. The studio however went bankrupt in 2018, but has since been “resurrected” by LCG Entertainment. New Tales from the Borderlands however has no affiliation with the newly acquired Telltale Games studio. Gearbox Software has partnered with Telltale Games alumni though, and are being led primarily by Gearbox Quebec. 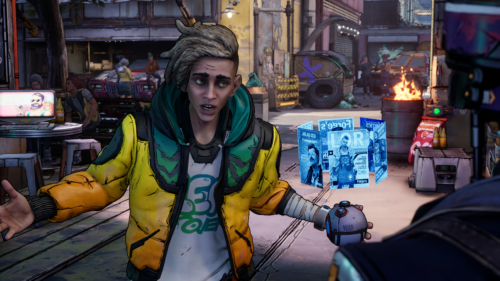 As of today, you’ll be able to pre-order New Tales from the Borderlands ahead of its scheduled October 21 launch date. There will be both a Standard and Deluxe Edition available, however the Standard Edition will be a digital only title. Apart from its available formats, the only difference between both editions as far as we know is the Deluxe Edition also comes with Tales from the Borderlands.

Pre-ordering is your best bet if you want some cool extras though, as all pre-orders will receive the Adventure Capital Pack. This includes cosmetics for Anu, Octavio, and Fran, 10,000 in-game currency and an in-game FL4K Vaultlander collectible.

New Tales from the Borderlands is scheduled to launch on October 21, 2022 on Xbox Series X|S, Xbox One, Playstation 5, Playstation 4, Nintendo Switch, Steam and the Epic Games Store.