IT’S NO secret that I’m a huge fan of the Fear Effect series that was last seen on the original PlayStation and was extremely excited 5 years ago when it was announced there was a remake in the works. The new Fear Effect Reinvented teaser did not disappoint.

While the original titles were tank controlled, pre-rendered background games, a product of its time. Fear Effect Reinvented seems to have changed the game’s entire system favouring the more over the shoulder, cover based gameplay that is more common in games these days. 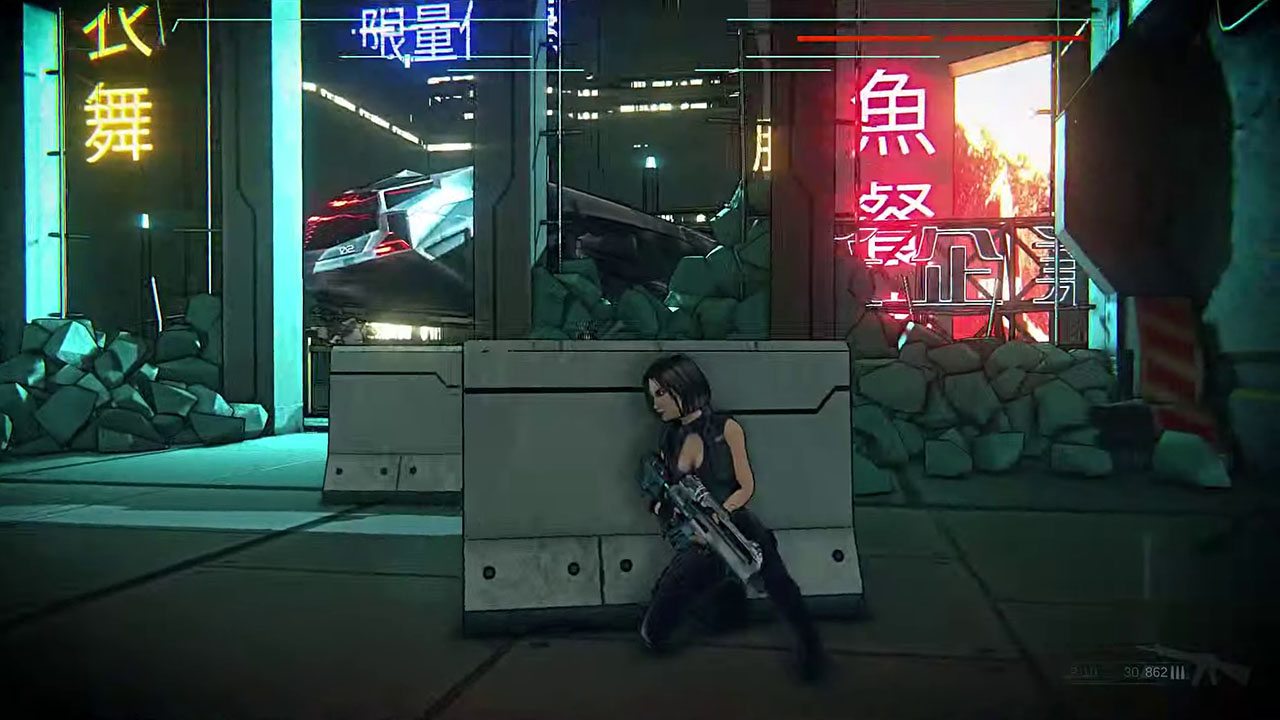 The cell shaded art style remains the same as Hana (the game’s main character) returns to the vibrant future setting of Hong Kong with the new teaser trailer only showing combat, according to the official Youtube page of the trailer we can look to expect the following:

FEAR EFFECT REINVENTED is an action-adventure, true-to-the-original remake of the first game from the classic Fear Effect franchise – refreshed with improved graphics and controls.

Wi-Ming Lam, the daughter of a Hong Kong Triad boss, has been kidnapped. Take the roles of the mercenary trio: Hana, Glas, and Deke, and try to find the missing girl.

– Unlock the whole gallery to get even more additional content. – Collect items, solve puzzles and manage your inventory to beat three difficulty modes.

While there was no release date given but the team at Forever Entertainment S.A  left one more tease at the end of the trailer – ‘Coming Sooner Then You Think’

Given the original teaser trailer was shown off at GamesCom 2017 and this latest teaser, we are still only left to speculate on when Fear Effect Reinvented will release. So in the mean time, check out more of the games origins in my Top 10 PS1 games I want on for the PlayStation Deluxe Service or my interview with Natalie Roers who voices the main character Hana.