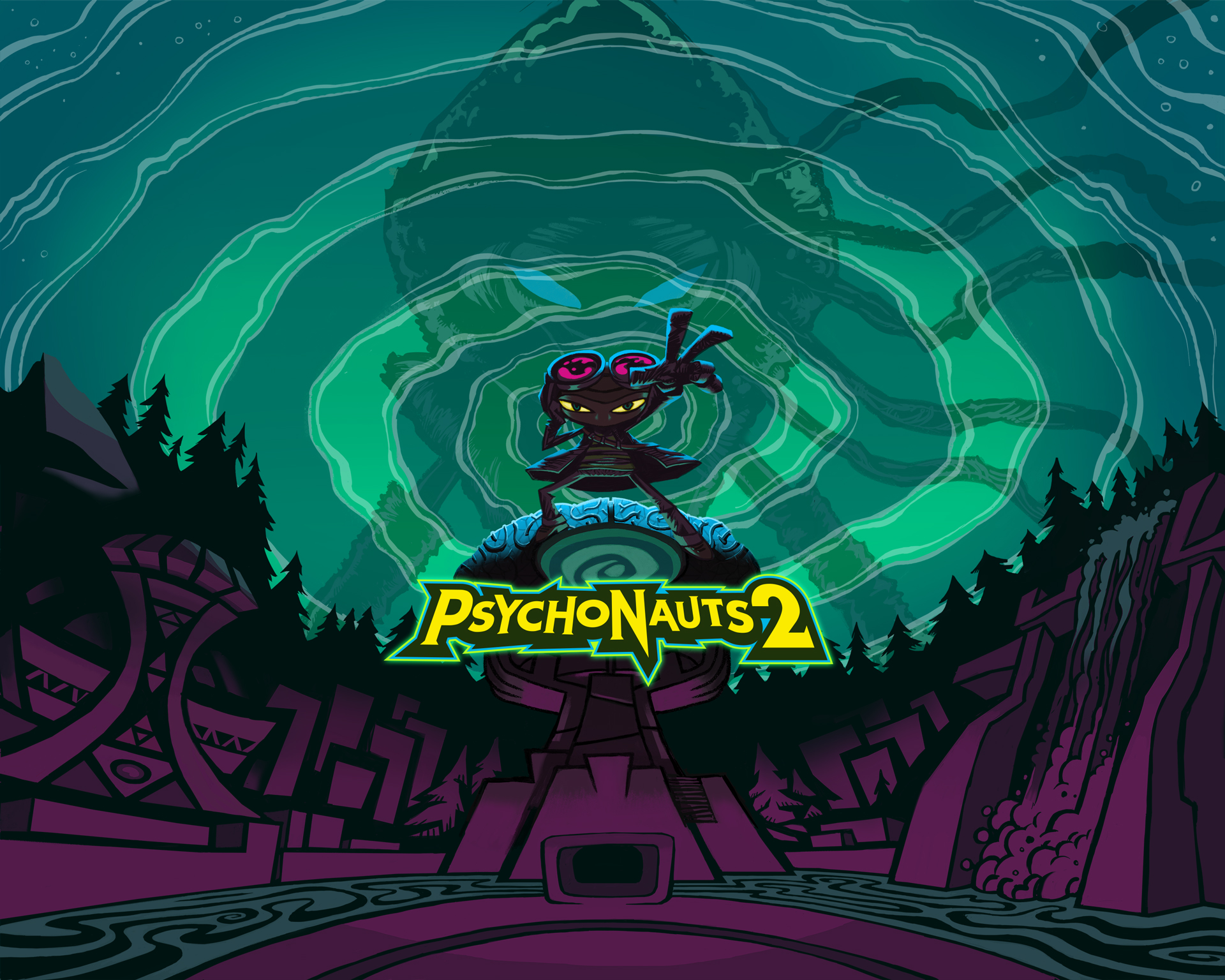 A preview of Psychonauts 2

PSYCHONAUTS is one of those cult classic games that simply slipped by me but keeps coming up in discussions as “one of those games you really should play”.

It’s also one of those games that’s perpetually on “Games that deserve a sequel” lists and while it’s taken 16 years, that sequel – Psychonauts 2 – is coming out next month (August 25) and I’ve had the chance to play through selected parts of the game, which has been a strange but enjoyable experience.

Developed by Double Fine productions and published by Microsoft for PC, Xbox and PlayStation 4/5, the plot – as far as I could make out – concerns a 10 year old named Razputin Aquano, who is an orphaned circus runaway with psychic abilities that has found himself part of an international team of psychic agents.

The official blurb from the Xbox store describes the game thusly:

Combining quirky missions and mysterious conspiracies, Psychonauts 2 is a platform-adventure game with cinematic style and tons of customizable psychic powers. Psychonauts 2 serves up danger, excitement and laughs in equal measure as players guide Raz on a journey through the minds of friends and foes on a quest to defeat a murderous psychic villain.

It’s a hard game to describe since it’s so unusual, but purely from a technical perspective Pyschonauts 2 is a third-person platform/adventure game.

The thing that stuck out for me was the distinctive art style, which is hard to categorise but seemed to have elements of some of the off-beat 1990s animation art styles in there, which I liked. It’s strangely appealing and there are some genuinely inventive and imaginative uses of level design and the games ideas in the preview I played, too.

The Lady Luctopus Casino level is an excellent example of this, combining the neon gaudiness of a traditional casino with the hospital setting of a character’s psyche for some truly bizarre but compelling elements – including one that involved trying to get a pill into a stomach through a pachinko game, and another that involved navigating the lines on an EKG readout.

Another level I played represented a character’s inner struggles in the form of a high-pressure cooking game show, while the tutorial is taking place in the mind of someone obsessed with dentistry.

Raz navigates his way through the levels and fights assorted enemies with the aid of his psychic powers, including levitation, telekinetics, and psi-blasts and these skills allow for some very interesting ways to approach the levels, such as using a thought-connecting power to travel across spaces and solve puzzles in the process by connecting concept thought bubbles.

The enemies Raz fights are all based on mental concepts, such as “Censors” and “Doubts” and “Bad Thoughts” – I found the design for the Censor enemies to be quite amusing, featuring a giant rubber ‘no symbol’ stamp in their base form and appearing as muscular bouncers with knuckledusters that say “NO” on them at a more advanced level.

The strange nature of the game’s story and the disjointed nature of the preview, coupled with the fact I didn’t play the original, certainly made for an intriguing by enjoyable experience so I was pleased to be able to attend a Q&A with the development team to get some of their insights.

Lead environment artist Geoff Soulis said a lot of the game’s creative vision came from studio head Tim Schafer, with a significant amount of input from the other members of the design and art teams.

“The creative vision here is like a conglomeration of Tim giving us the overall broad strokes and then us going in with Lisette (Titre-Montgomery) the art director, and the other designers and environment artists on the level, and coming up with a cohesive vision of each individual Brain,” he said.

“Tim has an idea of what the overall view is, but largely it’s up to us to come up with the style and the design of each space.”

Ms Titre-Montgomery said the designers were also very fortunate to have the original game available to help with when bringing the sequel together.

“We have amazing source material from Psychonauts 1 to draw from,” she said.

The development team are also acutely aware there’s a new generation of players waiting to step into Raz’s shoes, and the game features a Captain Underpants-style animatic at the start to bring them up to speed before Psychonauts 2 begins.

“This is going to make some people feel old, but there are people who are playing this game who weren’t alive when the first game was made, so you can’t expect everyone to know the full story of Razputin Aquato and Loboto,” Mr Soulis said.

“There are some callbacks to the first game in the very first tutorial level you’re in and those things can hopefully bridge some of the gap between the first game, the Rhombus of Ruin and this game.

Ms Titre-Montgomery said the team were mindful they were designing a game to appeal to two different types of players, and wanted to make sure they both enjoyed themselves.

“You have two sets of players; you have the set that’s been waiting for this game for 15 years or however long – the diehard fans who know the lore inside and out, and then you have the totally new player who found this game on Game Pass and is going to give it a try,” she said.

“You have to walk the line of satisfying both experiences – so our intro cinematic, animatic, that shows some of the backstory – it’s comprehensive, it introduces all the major players and covers everything you need to know as a new player but it’s also punchy and quick and super funny and has a couple of call backs to the first game so it gives a nod to the old fans.”

Mr Soulis said some of the challenges of making a sequel to a 16 year old game were mitigated by the fact he worked on the first one.

“Narrative wise, getting the style down, it was like putting on a comfortable pair of pants,” he said.

“In a lot of ways it was easier because the technology has advanced 20 years since we started working on Psychonauts and there’s a lot of innovations that have been had to make creating things like this game a lot easier – not just on like the art side but like the design side as well.”

Principal designer Seth Marinello said from a narrative standpoint, creating a sequel more than 15 years after the original game posed an interesting challenge from a narrative perspective.

“You can’t just directly make a sequel to the first game as though it came out a few years later, although narratively I think that’s one of the most interesting challenges,” he said.

“Technically this is (happening) a few days later in Raz’s life, and yet you have to make a game that plays like a modern game but that you think plays like Psychonauts 1.

“If you played Psychonauts 1 a long time ago and you’ve picked up this game, it should feel like you’re playing exactly the sequel, but if you go back and compare them, you’re like ‘Oh, actually Raz moves better, the controls feel more natural’, your ability to move around the environment feels like a modern title, instead of feeling like something we discovered and took out of a deep freeze from 2005.”

Psychonauts 2 is set to beam itself into your brain via your gaming platform screen on August 25 – keep an eye out for a review here. The original game is also on Game Pass, so why not play that in the meantime? 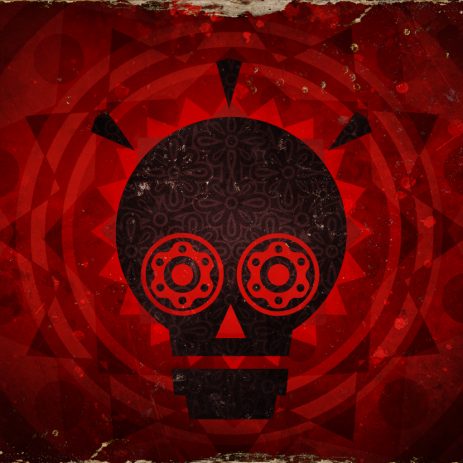