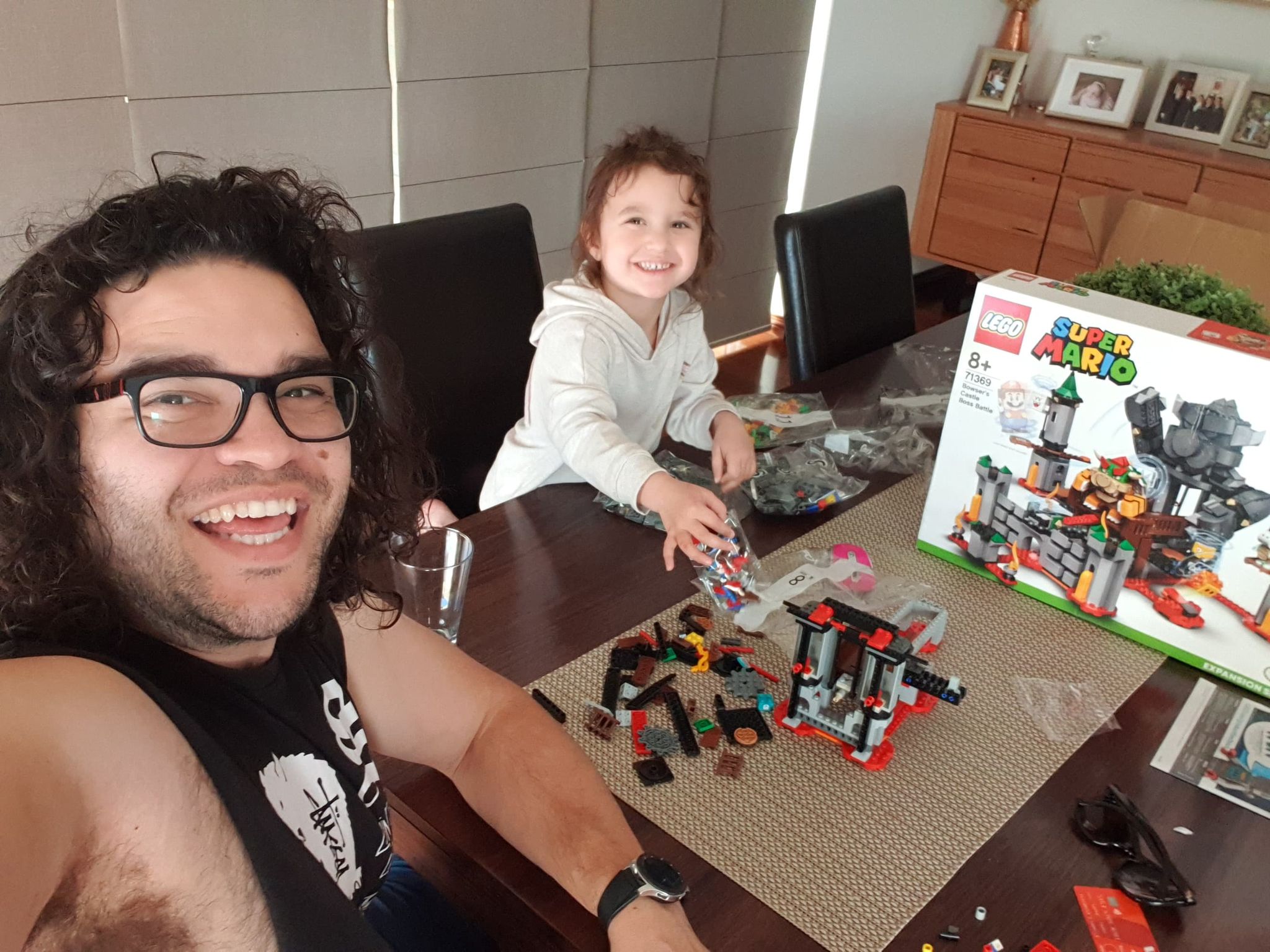 Why The Latest Nintendo x Lego Release Is The Perfect Introduction For Your Kids!

I have two young daughters, our four year old Mila (aka player three) and our two year old Isabella (aka player four). With all due respect to my wife as much as I would like to call her player two, she’s not much into games, and even less into lego, so the saying “I can’t wait for them to grow up so we can….” really resonates with me, player one.

The thing is though, when you’re a thirty-four year old dad-gamer who loves lego, you’re buying and building for two main reasons:

So with that in mind, as much as I absolutely love building lego with my kids, if it’s a set that is inherently tied to the above it can actually get quite frustrating. You want to follow the instructions, get it right, display it proudly, whilst your four year old wants to just throw it all together without a care in the world for what the end product looks like!

Which is why I cannot recommend highly enough using the latest crossover between Nintendo and Lego as an entry point into some daddy/daughter (or son) building goodness! More on that later.

As a gamer who started his passion in the late 80’s and early 90’s on the Nintendo Entertainment System and well into every console generation and title since, I have to admit I was looking for something a little more special than just a set of lego that would end up looking like the levels I’ve played through over the years, and thankfully I wasn’t disappointed.

I’ve collected all sorts of premium pieces in my time, but this is the first set I’ve gotten that takes interactivity to another level by introducing some really smart pieces of technology into everyone’s favourite little plastic bricks!

I started with the appropriately named “Starter Course”. If you’re going to dive in, be sure you do the right thing and pick this up first. It’s not that you can’t go after any of the other large scale courses available, but without the starter course you won’t get Super Mario, and to make the most of your brightly coloured future into the series, including the accompanying app, you’ll need that piece.

The key to the Super Mario sets and the true interactivity lie in some really simple technology that recognises barcodes or colours. The light reader at Mario’s feet picks up these indicators and uses them to transfer information which influences what happens on the LCD screens.

If Mario steps on a red brick, flames will appear on his belly and he’ll take damage, if he steps on a blue brick you’ll see water. If you start him on certain barcodes, like the one you place in the green warp pipe in the start course, a little clock with a 60s timer will appear and you’ll have to get him to the flag before the time runs out.

My most favourite part as a true Super Mario fan and gamer over the years though was the sound effects that accompanied stepping on the various bricks and barcodes that comes with the sets. There are so many memorable sounds and music themes that take the overall experience to another level by adding something I’ve not seen in a Lego set before. It’s one thing to show a coin when you step on the barcode that drives the picture to the belly screen, its an entirely other experience to hear the familiar coin collect sound effect you’ve heard throughout your years as a gamer when you do!

The Super Mario series comes with an accompanying app that really steps up how you interact with and even build out the latest Lego to grace my collectors cabinet, and it is also why getting the Starter Course first is so integral.

Super Mario connects to the app and is pretty much the gateway to getting the full functionality out of everything in front of you. All of the instruction booklets I’ve become so accustomed to pulling out of these boxes and poring through over the years have now been digitized in a really simple step by step series of animated graphics, complete with videos of how to make the most out the finished product.

When you open the app and connect Mario for the first time, every additional set you collect from there on will ask you to scan a particular part of that set which will activate also add your collection to an ever growing grid set in the Super Mario Universe.

Being a 6 years and over set, my four year old was able to get so much out of the app by becoming my ‘instructor’. She tapped her way through the instructions piece by piece, finding every part that was in front of her and handing it over for me to add to the different sets we were building together. What a team!

As a Lego collector, I was hoping to have what I’ve come to expect from Lego over the years, a great way to pass some time with a finished product I would be proud to display, and I am.

As a Nintendo fan, I was hoping to see that Lego had captured the essence of what makes Super Mario great, and they did beyond my expectations.

Finally, as a dad, I was just hoping to be able to see some functionality that would let my daughter and I just hang out and enjoy some time together, and we did.

Well worth every cent.