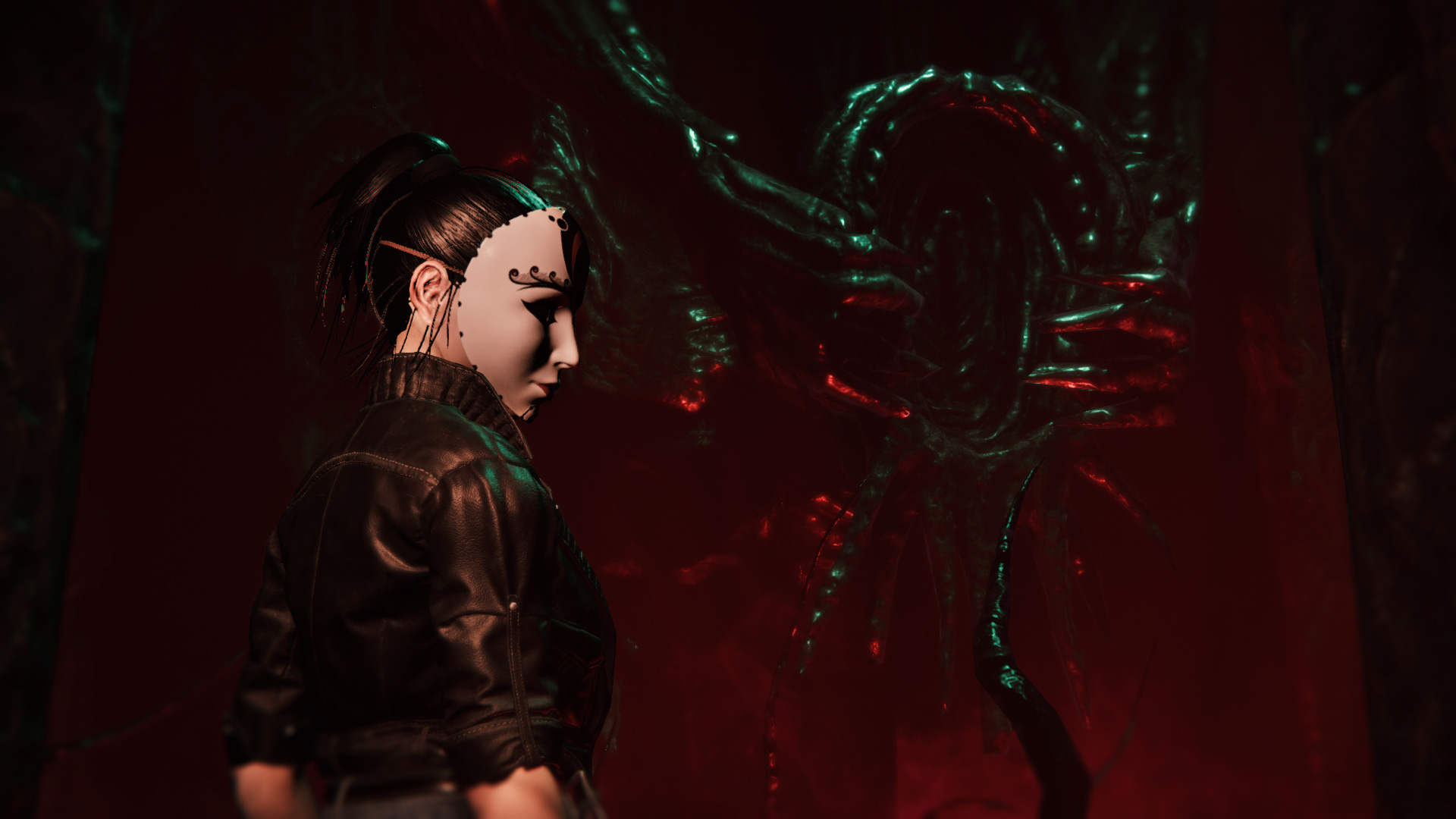 Lust From Beyond: Sex, Horror, And A Developer Interview Because We’re Not Sure We Can Review The Game Due To Australia’s Censorship Laws

AS a fan of Lovecraftian horror, I’m always on the lookout for interesting games and books set in the genre.

Sometimes, as with the game that sparked this story, I find something particularly interesting that does something new and innovative with the genre

The ‘Cosmic Horror’ themes Lovecraft wrote about are a rich vein for games developers to tap into, but it’s rarely been done well – I’ve said before that I believe the best HP Lovecraft game to date is probably The Sinking City, and even that isn’t without its flaws.

The latest game to draw inspiration from Lovecraft’s work (although it’s not actually part of the wider Cthulhu Mythos or Dream Cycle) is the game Lust From Beyond, developed by Movie Games Lunarium in Poland and published by Movie Games on PC (Steam).

Lust From Beyond is the second full game in the Lusst’ghaa Cycle (the first is Lust for Darkness, released in 2018), dealing with the existence of a dimension (known as Lusst’ghaa) given over to pure bliss and ecstasy and the effects of the machinations of lauv’abrarc, The Lustful God, who inhabits the realm alongside a number of other deities and compels the members of his cult to engage in ritual sex as part of his plan to heal Lusst’ghaa – and possibly something more sinister.

The game casts the player as antique dealer Victor Holloway, who suffers nightmares and visions of Lusst’ghaa and is transported there after orgasming during sex, making him a “Seeing One” in the game’s universe and the subject of intense interest from two cults worshipping Lusst’ghaa – the Cult of Ecstasy and the Scarlet Lodge.

What we can do, however, is interview the developers of the game and get their insights into making a unique game in a little-explored genre – which is the focus of this article.

Movie Games Lunarium studio head and game designer Michał Ciastoń said first and foremost, he wanted Lust From Beyond to be a multi-layered story with a varied approach to horror and eroticism, from mystical and occult scenes to shameless gore.

“We also wanted to have a high level of immersion, thus our decision to keep to the first-person perspective,” he said.

“That’s also why the player’s knowledge is equal to the knowledge of the character, except for a couple of moments where the lack thereof serves the narrative.”

The game is not the first title from the studio in the Lusst’ghaa cycle either – the previous game, Lust for Darkness dealt with similar themes.

The world of Lusst’ghaa itself draws very heavy influences from the work of HP Lovecraft and HR Giger in particular – something Mr Ciastoń said was a deliberate artistic choice in helping influence and shape the game.

“The influence of these artists has helped to create the feeling of strangeness,” he said.

“Alien species are often very human-like in pop culture. Blue hair and three eyes aren’t nearly enough for my taste. By delving into the works of the aforementioned artists, I felt like I faced a truly alien culture, and that’s why they became my perfect inspiration.”

Horror fans may also notice some elements of Clive Barker’s work in the games too, particularly the idea of extra-dimensional creatures who have become so immured in a quest for eternal bliss and experiences they can no longer draw a distinction between pleasure and pain – not unlike the Cenobites from the Hellraiser movies and the novel The Hellbound Heart.

“Pornography is perceived as something cheap, an easy way to get attention. You show the audience exactly what it craves. That’s just how we’re made as humans,” he said.

Combining sexual content and horror content presented a number of challenges to the developers, and Mr Ciastoń acknowledged they had been overconfident when it came to sex scenes in the game.

“We’ve managed to deliver a result that satisfied us, but getting there proved much more difficult than we expected,” he said.

“Indie games tend to avoid two-way interaction animations for a reason. And we’re talking about a passionate interaction of two characters, which is possibly the hardest thing to pull off, both artistically and technically.”

“We were somewhat afraid that we’d overexpose the players to macabre and that this could have resulted in them dropping off.

“People are generally used to what they already like. Not everyone wants their video games to go beyond their comfort zone. That’s why the first hours are relatively “clean.” We introduce the elements that might scare off the players late enough for them to already be so much into the story that they’ll want to see it all the way through.

“We had to remember that our game would land on the computers of the fans of horror and the fans of eroticism. The problem was that clashing the two genres could be a bit shocking for both groups.”

Despite these challenges, the developers weren’t worried about backlash to Lust From Beyond from players as a whole, partly due to their experience with the previous games in the L’ustghaa cycle.

“Before Lust from Beyond, we had already released Lust for Darkness and two free prologues, so we knew what to expect,” Mr Ciastoń said.

“It may surprise you, but from our experience, gamers are actually happy to see a game that isn’t afraid to break the taboo.

The combination of eroticism, adult content and horror was always going to ruffle a few feathers and Mr Ciastoń said he was well aware that the game might run into issues with censorship or classification boards as a result.

“If you’re a creator, you always want your art to be seen by as many people as possible. However, I’m aware what’s the reality; I know what kind of game I made,” he said.

“Personally, I think it sucks that there are places where an official tells you what you can play or not. However, this is reality; we’re aware of it, we accept it.

While the game has not officially been classified in Australia, there’s little doubt it would be Refused Classification if it was – after all, this is the same classification board that’s given an RC rating to Disco Elysium, one of the greatest RPGs ever made – and is required to Refuse Classification to any game containing , among other things, “depictions of simulated sexual activity that are explicit and realistic”.

The developers make it pretty clear that Lusst’ghaa is an alien dimension with inhabitants who have corrupted themselves irreparably in their pursuit of eternal bliss and one of the Earth-based cultist Lodges you encounter has also become horrifically corrupted and twisted as a result of their practices – in other words, it’s not somewhere you’d actually likely to want to visit for a holiday.

While the game is unlikely to impress the censors, the developers have said community reception of the game has been markedly different and overwhelmingly positive.

“It’s pretty amazing! As you can see on Steam, our reviews are ‘Very Positive’, and our Discord is very active; we get fan art, fan fiction,” Mr Ciastoń said.

“Personally, I love the fact that people who hadn’t heard about our games before are positively surprised.

“They discover Lust from Beyond to be more than sex and violence. I’ve been saying that if you stripped our game from these elements, it would still be a cool story. I stand by it.”

“I play pen-and-paper role-playing games regularly as the Game Master, and I very much like creating worlds for the players to experience. It’s a specific kind of empathy, where seeing that someone has fun is fun for me as well,” he said.

“Lust from Beyond made me feel this emotion very strongly. When I work, I like to watch (or rather listen to) gameplay videos with commentaries to see and digest player reactions.

“It’s fun and also a valuable lesson in game design as well.”

The official Lust From Beyond Discord Channel (NSFW content) can be found here: https://discord.gg/tG3hKpp 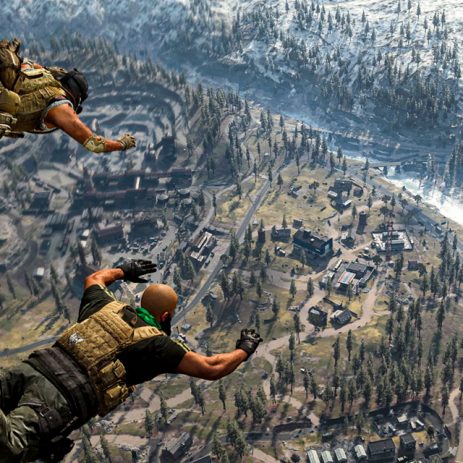