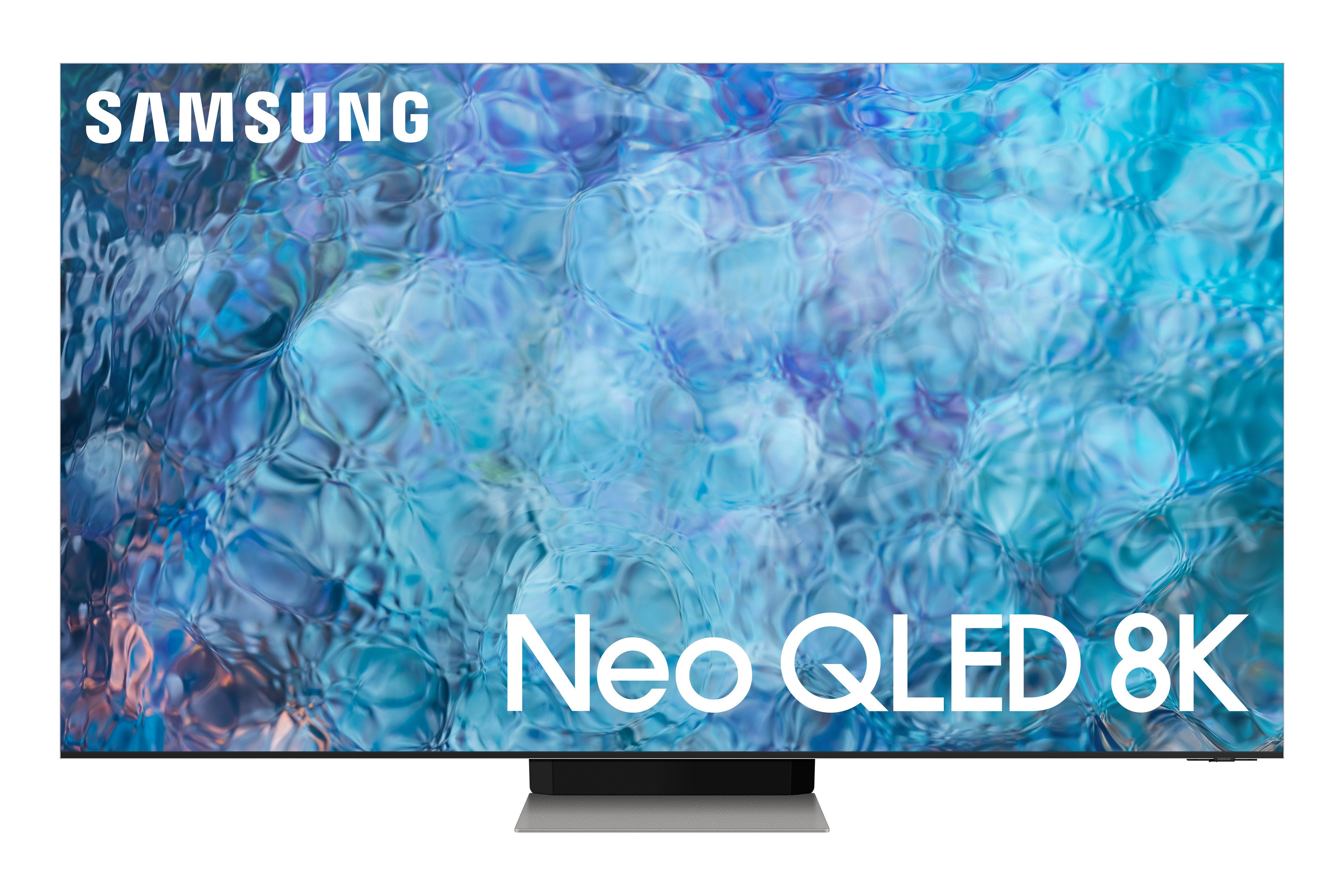 A TOP-shelf gaming experience needs a top end TV, and the subject of this review ticks nearly every box and offers a truly breathtaking display – provided you can afford its hefty price tag.

The Samsung QN900A Neo QLED 8K TV is the pinnacle of the company’s consumer TV range and it offers an unparalleled in-home gaming experience when paired with the Xbox Series X or PlayStation 5.

The review TV was the 75in model, which is already pretty sizeable but manages to appear even bigger thanks to the almost non-existent bezel.

The technology around TV screens has gotten a lot more complex, and I’m not just saying that as someone who started gaming on a CRT TV where connecting the Master System to it involved and RF splitter and tuning an unused channel into the signal.

The Samsung QN900A uses Neo Quantum LED display technology, The traditional QLED backlight is about the size of a button, but the new version is around 1/40th the size – a but without any brightness reduction, meaning the TV is still incredibly bright. In fact, it’s easily the brightest consumer smart TV I’ve ever tested, to the point where you’ll almost certainly need to adjust the settings if you’re watching it at night in a dark room.

All the tech stuff is great, but you’re here to find out if the TV is any good, and the answer is “Oh yes, indeed it is.”

The TV’s command centre is a black box called the OneConnect box, which contains all the HDMI connections (4x HDMI 2.1; one also has eARC), a USB port for plugging in external storage devices, RF input (if you’re still watching free-to-air TV for some unfathomable reason), the optical audio connections, and the CPU running the whole show.

It makes connecting things like a PlayStation or Xbox or Nintendo Switch docking station a breeze, and it all integrates well into the TV’s OS as well.

The QN900A is running Samsung’s Tizen OS which is perfectly serviceable as far as Smart TV operating systems go – I found it could be a bit laggy switching between things like Netflix and the Xbox at times, but otherwise it generally stayed out of the way and let me watch my content or play my games like you’d hope. There’s a good range of apps available for the system, covering all the major streaming content providers such as Netflix, Stan, Disney+, Amazon Prime, ABC iView, SBS on Demand etc, and also the apps for the commercial TV channels too.

There’s also an included Samsung TV Plus app, which includes a wide range of free (but ad supported) channels including PBS America, the Smithsonian Channel, Vevo Pop, and even the Wu-Tang Collection (which is devoted to old Kung Fu films and is therefore awesome).

Now, the TV itself has an 8K display but you’ve probably noticed there isn’t exactly much 8K content out there. Vimeo has a few stunning landscape videos in 8K, and there’s a handful 8K videos on YouTube as well – but otherwise, that’s pretty much it.

The QN900A basically has an 8K upscaling algorithm in its processor, allowing it to take 4K content (of which there’s plenty) and enhance it even further.

I tested it with some Ultra HD 4K movies – notably 2001: A Space Odyssey and The Mummy (the awesome one with Brendan Fraser) – and was delighted by how amazing they looked. 2001: A Space Odyssey, in particular, features a lot of deep blacks (the move being set in space, after all), and all the 4K streaming content I watched from the various channels looked brilliant as well.

What is particularly useful, though, is the upscaling algorithm works on older content too, so 1080p and even 720p stuff is still perfectly watchable, but there’s a limit to what the algorithm can do with stuff from the 1980s or 1990s. It’s also important to understand it’s an upscaling algorithm, not a remastering algorithm – so, for example, it absolutely will make the Married… With Children DVD boxed set viewable (although not high-definition quality) on the QN900A, but it won’t fix the 80s-tastic colour balancing or the general ‘softness’ of the visuals.

The TV was just as outstanding for gaming as it was for content viewing, helped by its excellent HDR capabilities. Games like Far Cry 6 and Psychonauts 2 really came alive with bright, vibrant colours and the detail on everything I played was as pin sharp as the game’s graphical advancement allowed – as with old TV shows, if you’re expecting Crimson Skies to suddenly look like Microsoft Flight Simulator then you’re going to be disappointed.

The TV’s high refresh – up to 120hz at 4K – meant I didn’t encounter any ghosting or lag, regardless of what I was playing; be it something fast-paced and action-packed like Assassin’s Creed: Valhalla or Strange Brigade or Ratchet & Clank: Rift Apart, or something a bit more strategic like Jurassic World: Evolution.

There’s a special Game Bar feature in the TV that allows you to fine tune your gaming experience even further; I found the default settings worked nicely but it’s good to know the options to adjust aspect ratios etc are there if you want to do it.

I was really impressed by the wide viewing angle the QN900A offered too – regardless of where I was sitting in the lounge (such as when I’d be forced off the couch by the cat or the children, and found myself having to sit off to the side of the room), the image was still viewable and I didn’t find it getting in the way of the gaming experience either.

The sound in the TV is really, really good too – it’s probably the best in-built audio I’ve encountered in a smart TV, with great clarity, depth, tone and lack of distortion even at higher volumes.

Another nice touch is that the remote is solar powered – there’s an internal rechargeable battery, and photovoltaic panels on the underside which recharge the battery from artificial or natural light sources (plus there’s a USB-C direct charge port option too). It’s a small thing, but it means you don’t need to use separate batteries – good for the environment, and good for people who can reallocate their rechargeable AA batteries to an Xbox controller or other device instead.

Besides the lag in switching between input devices/sources, there aren’t many noteworthy issues I had with the QN900A; the first being extremely high price tag – right now you’re not going to get much change out of AUD$9,000 and that’s a huge amount of money. It’s all up there on screen (as they say in the movie business), for the most part though, but that doesn’t make it any more affordable.

Interestingly, given the price tag, the TV doesn’t have Dolby Atmos sound support (although this is easily rectified with a soundbar if it’s important to you) or Dolby Vision support, which I honestly didn’t notice the lack of, but might be important to videophiles.

The other issue isn’t a criticism of the TV itself so much as the fact that there’s practically no 8K content (and even less that isn’t basically a tech demo) and won’t be any for quite some time. While both the Xbox Series X and PlayStation 5 are capable of 8K output, the firmware upgrades to implement it have not been released yet and it could be several years before we see noteworthy 8K games on the platforms.

That isn’t to say 8K is a gimmick – the TV absolutely does display at that resolution, and native resolution content at that level looks as breathtaking as you’d expect – but if money is even remotely a factor in your home entertainment budgeting considerations, you may be better served by getting something with the Neo QLED display tech (or similar) but in 4K – which still cutting edge for gaming and content, but also a lot cheaper.

The TL;DR takeaway here is if you want what is likely the very best TV on the market for gaming or home entertainment, the Samsung QN900A is it. Yes, it has a price tag to match but you’ll be guaranteed a pinnacle gaming and home entertainment experience for some years to come no matter what you’re watching or playing on it. 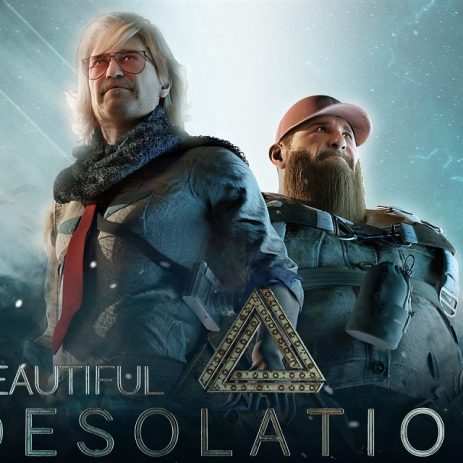