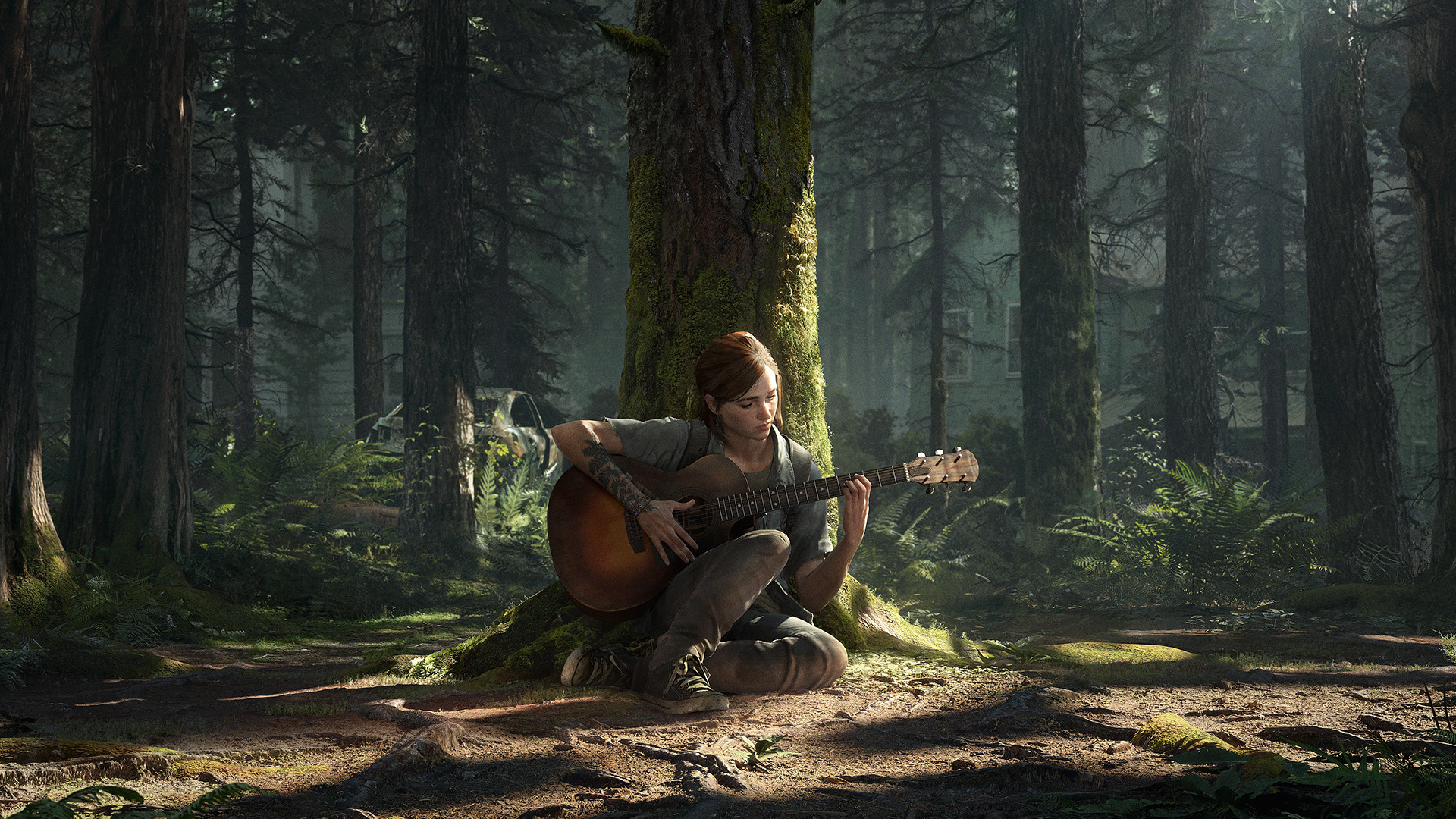 The Last Of Us Part II: A Spoiler-Free Review

THE Last Of Us Part II has the distinction of being one of the most difficult to review games I can recall.

Not because of any challenge in the game – it has several difficulty levels, ranging from very easy to very hard – but because it’s a complex game that does some things extremely well, other things not especially well, and your opinion of the game may very well be influenced by your worldview, meaning there’s going to be a lot of discussion about this game online, and a lot of people are going to have Strong Opinions about it all too.

With that out of the way, here is my review for The Last Of Us Part II, developed by Naughty Dog and published by Sony for the PlayStation 4.

It’s a decent-sized game – around 30 hours or so, depending on your playstyle; and given the way the story comes together I am going to avoid specific spoilers in this review.

I know they’re out there in internet land but I believe you, the reader, deserve a chance to experience the story the way the developers intended, without having an important story moment spoiled during this review just so I can say “This particular scene made me say “Oh come on” or “This thing that happened was very cool”.

I’m also going to assume you’ve played The Last Of Us, or are at least aware enough of its plot for me to not need to spend several paragraphs rehashing it.

The Last Of Us Part II is set about four or five years after the events of The Last Of Us, with Joel and Ellie living in the fortified town of Jackson, Wyoming.

Jackson seems like a very pleasant place – friendly people working together to keep the infected away, a thriving community, basically everything you could want after the world’s ended.

This idyllic setting is shattered by a resurfacing mystery, and Ellie soon finds herself heading to Seattle following the trail of said mystery.

Seattle has not fared well, and has collapsed into anarchy, with two factions fighting over what remains of the city and trying to deal with the infected at the same time.

The Last Of Us II does a lot of things absolutely superbly, particularly from a storytelling and level creation perspective, but in other areas it is ham-handed in its execution, with some elements feeling like they put in purely to get social media likes and shares and let the Tumblr echo chamber say “Yass Kween!” at each other a lot.

In a nutshell, The Last Of Us Part II is woker than a Chihuahua full of coffee, to the point where it gets in the way of the story at times.

Let me be explicitly clear: I do not have any issue with the themes The Last of Us II portrays – indeed, it is good some of them get airtime; my issue is with how they are handled and how inorganic to the story some of those themes felt.

One of the issues I will address is that Ellie has not grown up to be a particularly agreeable young woman. She is certainly capable, skilled and resourceful but she is also very angsty, moody, sullen and basically not a lot of fun to be around.

This is in stark contrast to her portrayal in The Last Of Us as a largely upbeat and somewhat mischievous girl. There is somewhat of a story explanation for the personality change, but its reveal didn’t change my view that Ellie, for the most part, just wasn’t someone I enjoyed the company of all that much.

Setting aside the ‘wokeness’ thing and ‘Ellie has more issues than National Geographic’ situation, there is a lot done well in the game and Naughty Dog have excelled themselves in some areas.

The level design is simply superb, and is one of the best representations of a post-apocalyptic world I can recall seeing in a game; surpassing even the previous title. Seattle feels like a real city that people lived in before everything turned to custard, and exploring it (or at least the parts available to you) is surprisingly compelling.

The actual environments really are a joy to explore. They feel extremely believable; you absolutely can believe this is what a major US city that had been hurriedly evacuated during a pandemic would look like a decade or two later.

Real-life Seattle is a very atmospheric city and Naughty Dog have captured it extremely well in the game; you can almost taste the rainy fog and smell the Pacific Northwest Pine trees and sea air.

The audio is amazing as well – with a decent set of headphones you absolutely can believe you are sheltering under a corrugated iron roof in a wrecked building listening to a storm coming down outside. You can hear glass crunching when enemies walk on it. You can hear the clicking and groans of the infected well before you can see them, and it really is an integral part of the experience.

The game does a phenomenal job playing with the themes of perspective, too, and the key people Ellie encounters throughout the game are generally well-rounded characters (although the large numbers of random enemies she despatches are not, for obvious reasons).

From a technical perspective, the game was obviously pushing the limits of what the PS4 is capable of; there were numerous examples of texture pop-in throughout my playthrough. While they’re not game-breaking, they did detract somewhat from the otherwise excellent visual aspect of the game.

From an actual gameplay aspect, it’s basically the same as the previous game, which works just fine for me – sneaking up behind a zombie and shanking it remains as satisfying as ever.

There are still a few rough edges around the combat system – like the amount of ammunition you can carry is laughably low (as in, single-digits low for shotgun and rifle ammo and 12-16 rounds max for handguns), and instead of just doing a straight stealth kill of enemies, you grab them first then press another button to stab them, which seems unnecessary.

Otherwise, the mechanics work well and there are some real tension-building moments when you are hiding in the grass hoping a nearby enemy won’t stumble on you, or realising your entire plan hinges on a zombie turning left instead of right at a certain point, or timing an attack just right because a second too late will lead to discovery.

There are resources lying around the world which can be scavenged to craft upgrades for your weapons – everything from larger magazines for firearms to restoring the durability of your melee weapons or making Molotov cocktails – and you can also level up your abilities by finding vitamin supplements too, which can lead to useful skills like increased health and more effective handgun suppressors.

The original The Last Of Us was a grim but hopeful game which left me thinking about it and its characters well after the credits rolled. The Last Of Us II is a grim game which also appeared to be trying to fill as many boxes in the Woke Bingo Card as possible, and I felt the experience suffered for that.

Some of the story also seemed superfluous and there were a number of times I found myself wondering why a character was behaving the way they were or doing what they were doing. Additionally, there were also some story and worldbuilding aspects I really wanted the opportunity to delve into, but the game didn’t provide them, much to my disappointment.

Most tellingly, after finishing the game, I haven’t spent a great deal of time thinking about the characters or the journey the way I have with other games that I really felt a strong connection with.

That’s not to say the game isn’t without its poignant, touching or emotional moments – it certainly is – but the entire experience didn’t connect with me in the same way the original The Last Of Us did and I found myself ultimately unsatisfied.

Game director Neil Druckmann said The Last Of Us II “felt like a story that needed to be told” and that “it was worth the risk (of compromising the original game)” and I’m going to say I’m not sure I agree with him on either count. Yes, the original game needed a sequel – but I’m not convinced this is the story it should have been telling.

Thus, we have the problem of a well-made game that, in my opinion, doesn’t take the story in a positive direction and does (again, in my opinion) compromise the original game somewhat, but is still a good game by most of the objective metrics I would otherwise use to decide “is this a good game which you should play?”

In fact, the more I think about it, the more I find myself comparing The Last Of Us Part II to the movie Alien 3. Is it a good game? Yes. Is it well made? Yes. Does it take the story in a good direction? No. Would I, as a fan, prefer it had not been made? Quite possibly. Does that make it inherently bad? No.

Regardless of  how you look at it, The Last Of Us II is still a landmark experience for PlayStation 4 gamers and one it’s almost going to be obligatory to play given what a huge release it is and the cultural impact its predecessor had.

Hopefully now you can see what I mean about it having been one of the most difficult to review games I can recall playing – at any rate, the game is out on PlayStation 4 on June 19 and you’ll be able to experience it yourself from then. 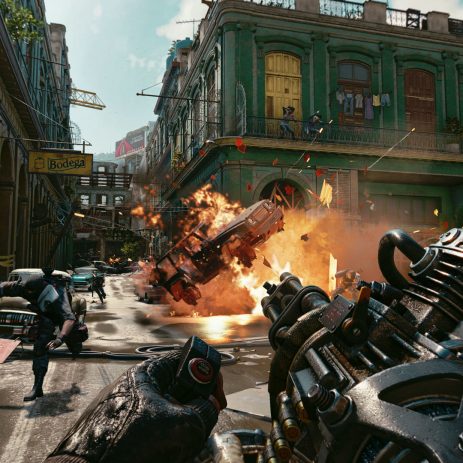