ROLE-PLAYING games – be they on computer or pen-and-paper/tabletop – are great creative experiences and ones that many writers and storytellers are naturally drawn to as a result.

But what’s actually involved in creating a tabletop RPG adventure? And how do you go about sharing your creations with the wider community? Read on to find out how I discovered the answers to both those questions.

When I saw a post in my social media feed from The Storytelling Collective announcing a “Write Your First Adventure” RPG Writer’s Workshop, with the option for Dungeons & Dragons or Call of Cthulhu, my interest was immediately piqued – after all, I like writing, and I like RPGs.

The self-paced workshop, which ran between July 1-July 31, was aimed at first-time RPG scenario writers and lasts a month; at its conclusion the goal is to have a finished “one-shot” scenario to publish on the Dungeon Master’s Guild site (for Dungeons & Dragons) or the Miskatonic Repository (Call of Cthulhu) section of the DriveThruRPG website.

Writers are able to set the price of their published adventures in the DMs Guild or Miskatonic Repository, ranging from “Free” to “Pay what you want” to fixed prices. The writer gets a 50% cut of the sales, with the other 50% being divided equally between Chaosium or Wizards Of The Coast (as the IP owner) and DriveThruRPG (the site owners).

While it is run by the Storytelling Collective, the course has the official blessing of both Wizards Of The Coast and Chaosium (publishers of Dungeons & Dragons and Call of Cthulhu respectively), which further added to my interest in it – an interest that proved well-founded.

Even though I played a lot of Dungeons & Dragons back in the day (and still really enjoy the milieu), I’m also a big fan of Lovecraftian horror and The Past, so decided to go with the Call of Cthulhu path.

The course cost USD$35 (AUD$47), which I paid for myself – and definitely feel I got my money’s worth, too.

As it turns out, the course was co-written by Paul Fricker, an award-winning RPG writer who was one of the co-authors for Call of Cthulhu 7th Edition and Ashley Warren, a co-author for the Dungeons & Dragons campaignbook Rime Of The Frostmaiden as well as the co-founder of The Storytelling Collective itself.

The course was clearly designed for busy people with dayjobs and other stuff going on (ie, all of us) and for probably the first two weeks of the month, much of the course was interesting fundamentals of writing and so on which would be very helpful for someone with limited writing experience, but were less useful for someone established as a writer like myself.

The subjects the course covered were well selected, however, and ranged from organisation and brainstorming through to accessibility, designing narrative choices and challenges, NPC and villain creation, and even designing eye-catching covers. These elements were extremely well done and very useful, and I gained a lot of insights from them – and even where they didn’t prove to be something that would fit with my writing or creative style, they gave me something to think about and I am glad they were presented as part of the workshop.

For me as a professional writer, the course was a genuinely useful experience with practical advice and guidance on how to write an adventure for Call of Cthulhu; the adventure I put together is entitled Storm From A Teacup and is set in the Prohibition Era, and involves the players investigating a mysterious tea brew which induces horrifying, madness-inducing Cthulhu Mythos-related hallucinations among imbibers.

I’ve been writing reviews, news stories and feature articles for so long I can do it in my sleep, and have written quite a few (as-yet unpublished) short stories, but hadn’t turned my hand to writing RPG scenarios intended for anything except my own use while GMing an adventure (and a lot of those were basically bullet points with the rest of the details comprising what is scientifically called “making it up as I go”). As it turns out, however, writing a proper RPG scenario is very different to writing a feature story or short story.

When you write a traditional story, it’s generally a linear story where you, as the author, dictate what happens – the characters experience what you decide, and the reader sees things from whatever perspective you decree suits the story.

With an RPG scenario, you’re creating the blueprint for someone else to tell the story – a story which will come to life through the involvement of even more “someone elses” (the players).

There are so many variables to take into account – what if, instead of going to see the barkeeper with relevant information like has been strongly suggested, the characters instead decide to go an visit the town library? What if, instead of asking an NPC for information using a charisma-related approach, they punch them in the stomach? All these possibilities need to be taken into account when writing the adventure, so that the Game Master isn’t left scrambling when the players pitch them a spinner.

One of the big changes to the writing I am used to is the structure – you have to put the twists and major plot points up the front so the Game Master knows how to spin it and reveal it for the players.

Call of Cthulhu scenarios have a “Dramatis Personae” (from Latin, literally “The Masks Of The Drama”) section where the major NPCs are outlined, and this includes things like motivations, relationships to other players. I found actually having to write down who the characters were and what drove them, their goals and aims, and how they would interact with players really helped sharpen my sense of what the adventure was, where it was going, and what its flavour was.

There’s also the fact you have to account for failure in your outline too. In a conventional story, you can get the characters out of a jam however you like – the cavalry arrives to save the day, it turns out one of the characters had a Plot Coupon in their backpack the whole time, or maybe the baddies are graduates of the Imperial Stormtrooper Marksmanship Academy and simply miss the characters; whatever works for you as the author.

In an RPG, however, you have to account for the characters failing dice rolls and therefore tasks – which, in something like Call of Cthulhu, can have deadly consequences indeed. Playing “What if?” with every story juncture is surprisingly time consuming and taxing on creative resources – yet it’s a vital element of scenario writing, especially if you’re trying to avoid railroading the characters through a predetermined path.

Many of the workshop exercises such as creating a moodboard – something I’d never previously bothered with, because it hadn’t been part of my creative process – proved surprisingly effective and really helped establish the, well, mood of what I was creating and helped me understand more about the why of things too – not to mention getting me to think about the scenes I was creating in a different way.

The course has run previously for D&D and this was the first time it was run for Call of Cthulhu; and while there was plenty of Call of Cthulhu specific content and lessons, I could tell the framework was originally designed for D&D.

For example, the brief was to be able to write and publish an approximately 3500 word scenario in a month. Now, I gather that for Dungeons & Dragons that’s about right, but Call of Cthulhu is much more narratively heavy and Storm From A Teacup ended up being more than 12,000 words long; and comments from other writers in the workshop discord indicated their works were of a similar length and having a look over some of the dozens of works published as part of the course would seem to suggest that was generally the case.

This also caused some pacing issues for me, because following the lessons (which only unlock once per day) meant that it was essentially the middle of the month before I could really start writing the adventure – and putting together what turned out to be the longest published thing I had ever written in a fortnight was going to be a big ask even if I was doing nothing but working on it, and not trying to fit it in around my other work and family responsibilities.

The workshop community on Discord were incredibly friendly, welcoming and supportive too – having a space to bounce ideas, get feedback, or discuss progress was extremely helpful and an important aspect of the workshop too.

It’s been incredibly rewarding to write my first published RPG adventure and to see it come together via the workshop – I won’t lie, it’s been a gruelling experience so it’ll be a while before I attempt it again (ideally not when there’s a bunch of games and hardware releases), but the experience and knowledge I’ve gained has definitely been worthwhile and I look forward to using it to write (and publish) more RPG adventures in the future.

Chaosium vice-president Michael O’Brien said the Call of Cthulhu publisher had decided to get involved after seeing the success of the Dungeons & Dragons path for the workshop in previous years.

“We saw how popular the workshop was when it had run the previous year with a D&D path; we thought a dedicated Call of Cthulhu path would be a great addition to the program,” he said.

He said it was “wonderful” that there was a dedicated Call of Cthulhu path for the workshop this year, and the team had been impressed by the adventures which had come out of it so far.

“Within a week of the workshop ending there were already over 50 new titles in our Miskatonic Repository self-publishing platform on DriveThruRPG, added by alumni of the program – with more new stuff being added all the time,” he said.

“The Miskatonic Repository gives everyone a chance to be a Call of Cthulhu creator! It is a platform where we provide creator resources including templates and artwork, and we ensure the finished creations reach a broad audience.

“Creators can offer their self-published work free of charge, set a price, or offer it as pay-what-you-want.”

Mr O’Brien said the Miskatonic Repository was about more than just being somewhere for Call of Cthulhu fans to publish their scenarios, too.

“From amongst the pool of Miskatonic Repository creators we’ve also identified writers we’d like to work with for official Chaosium titles,” he said.

“There’s a great community of creators which makes community content a very supportive incubator for anyone interested in writing and creating in the tabletop roleplaying industry.

“Our Miskatonic Repository community ambassadors Allan, Bridgett, and Nick are happy to assist anyone interested in becoming a community content creator; they can be reached via Chaosium.com.”

Hasbro, the owners of Wizards of the Coast, were similarly enthusiastic about the course and the support it offered the Dungeon Master’s Guild too.

“The DMs Guild is the lifeblood of grassroots storytelling for Dungeons & Dragons and so anything designed to help support it is very welcome,” Hasbro Asia-Pacific brand manager Henry Williamson said.

“It’s no secret that a great DM can make the experience of D&D far more memorable and enjoyable for all players involved.

“If this course is encouraging and honing the narrative skillset necessary to be a great DM, it can only be a good thing.”

If you’ve ever fancied yourself as an RPG adventure writer – either for professional or community involvement reasons – I can highly recommend the Write Your First Adventure workshop from The Storytelling collective.

The next course starts in November, with registration opening from mid-October; details will be available from the Storytelling Collective newsletter in due course. 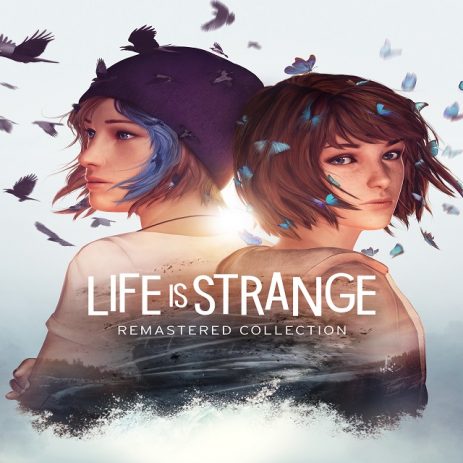 Life is Strange Remastered Collection Set To Launch in February 2022