THE next expansion for Final Fantasy XIV Online is the latest game to be delayed for quality assurance. This was announced during latest Letter from the Producer Live broadcast from this past weekend, which can be found in full here, along with several other announcements about the MMO’s new expansion, Endwalker. Fans worldwide expected the long awaited expansion to release on November 23, however Producer/Director Naoki Yoshida have told fans they’ll have to wait an additional two weeks.

“There are several reasons for the postponement, but as I’m the one overseeing all aspects of the title as the head of the project, the responsibility falls solely on me. Allow me to convey my sincerest apologies to our players, our Warriors of Light around the world who have been looking so forward to the release of Endwalker. I am truly sorry,” said Naoki Yoshida in an open letter to the community.

Yoshi-P, as Yoshida is mostly known as, says the reason for the delay is so they can fine tune Endwalker as well as they can as it’s one of the largest expansion for Final Fantasy XIV Online to date.

Naoki Yoshida further explains, “as we neared the end of development and I played through everything—from quests to battle content and the like—I just couldn’t contain my desire to further improve Endwalker’s quality, specifically because this expansion pack marks the first major culmination of events in FFXIV so far.“

Endwalker comes with much importance to fans not only as a new expansion but as it also wraps up the A Realm Reborn saga that’s been going since patch 2.0 in 2013. The new launch date for Endwalker will now be December 7 with Early Access beginning on December 3. 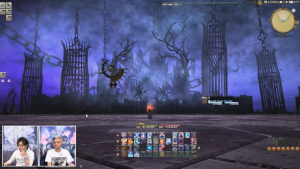 The latest Letter from the Producer Live broadcast also revealed the launch trailer for Endwalker, which can be found below, while also announcing the launch dates for two important Patches as well as the launch of the Oceania Data Center. We can expect to see Patch 6.01 on December 21, which introduces Final Fantasy XIV Online’s newest raid, Pandæmonium. Normal Mode of Pandæmonium will launch in 6.01 with Savage Mode being introduced in Patch 6.05 on January 4, 2022. Yoshi-P also gave fans a sneak peak at Pandæmonium.

Aussie/NZ players will also be excited to hear that the Oceania Data Center will be going live in February 2022. Servers on Oceania also come with bonuses for new players such as bonus XP, while existing players will be offered a server transfer to any Oceanic servers at no additional cost for a limited time.

Finally, the new Ishgardian housing area, Empyreum, will become available across all servers as of Patch 6.1. However, the launch date of said Patch has yet to be announced.