Early access for Final Fantasy XIV Online’s fourth expansion, Endwalker, panned out to be what most of the MMO’s player base expected: Congested. While servers didn’t crash like when its second expansion launched, all players logging in over the weekend were met with lengthy waiting times in queue. So far, I’ve waited four hours at the most. It was a mostly frustrating process everyday I was logging in, especially since I’d taken time off specifically for review purposes.

But there was a glorious light at the end of the tunnel. Endwalker continues on from where we left off in the the previous expansion and is meant to wrap up the A Realm Reborn story arc that’s been going since the MMO’s rebirth in 2013. Along with new content, Endwalker also introduces two new classes, a rework on the already existing Summoner class and, by popular demand, a Bunny Boy race.

Unfortunately, after factoring in queue times and a much needed sleep schedule, the amount of new content I’ve tried to get through over the weekend has been too much to complete. So far I’ve progressed through the first third of the Main Scenario Quests and dabbled with Summoner 2.0 and the new DPS class, Reaper. All of which I already have opinions about. 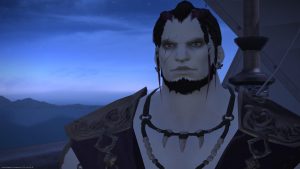 Endwalker begins where the last expansion left off with the Telophoroi spawning numerous towers all over the world. This is all part of the Telophoroi’s sinister plan, led by Zenos Yae Galvas and Fandaniel. Their goal is to recreate the Final Days of Eons Past, an apocalyptic event which will wipe out the entire world. Them included. With all of this going on, citizens throughout the world are being kidnapped as well.

No time is wasted in seeking answers as you and your Scion squad set sail for Sharlayan, the first of the new zones introduced in Endwalker. With former connections to Dravania, this independent island nations gives off familiar vibes of Idyllshire with its green forest scenery and philosophical old world architecture.

A bit of time is spent in Sharlayan completing main scenario quests, exploring the underground Truman Show-esque area, Labrynthos, and discovering new creatures introduced to Endwalker. However, the story really drags during this stage of the expansion.

Reaching a fork in the MSQ road, you’re given two quest options when the squad splits into two. And both of these must be completed to progress. One keeps you in Sharlayan while the other takes you directly to another new zone, Thavnair. Although it gives you the chance to check out a new zone earlier than usual, this part of the MSQ makes progressing to the next part of the story feel much slower.

From what I’ve completed so far, the story feels much larger in Endwalker. I also expected to reach the first dungeon earlier than I did, however this didn’t happen until late into the 2nd day of early access. There are of course side quests to factor in, but those are only lightly sprinkled on and don’t take you away from the story for long. 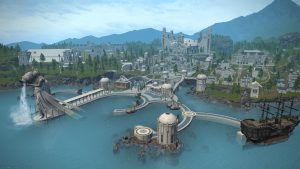 Endwalker also introduces new gameplay mechanics when reaching Sharlayan to mostly add to world building and character interaction. Every so often, a quest will pop up where an NPC will accompany you from point A to B. On said route, there are designated spots where you can talk to your characters about a specific topic in relation to said spot. This as a whole is a bit lackluster as it doesn’t add much more than having the characters walk around with you and sometimes share facts about your surroundings.

The other new mechanic however adds an element that some players will either appreciate or loathe. Adding a stealth element to the game, quests have been added where you stalk NPC’s ala Assassin’s Creed. And it surprisingly requires a bit of skill as the difficulty of each stealth mission goes up as you progress through Endwalker. This I can definitely appreciate as it makes every one of these types of quests a little more interesting every time. I’d rather see a lot more of these in future patches/expansions as opposed to accompanying NPC’s.

Outside of working on the MSQ, I’ve tried to add in some time with the new classes and have found a new class to main through this expansion. Reaper is a fast-paced melee DPS class that’s easy to pick up but requires a certain level of skill to master. At first I wasn’t overly impressed with Reaper as it initially felt a bit plain. And I would eventually learn that it was definitely designed to be more of a level 70+ class as they’re even more boring in pre-level 70 dungeons. But after a few level appropriate dungeon runs, I slowly started to enjoy it.

Reaper also gives me a lot of Demon Hunter vibes, a class which I’ve mained in WoW since 2016. Why? They’re both fast-paced melee classes, have that supernatural edge and succeed in dealing both single target and AoE damage. The latter being a big tick from me. Although I kind of wish Reaper was a tank class. As well as it succeeds in damage dealing, I think it’d do an excellent job as a tank. 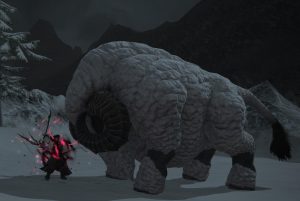 Summoner on the other hand is a class I’m going to have to keep levelling before I have an overall opinion. I left them in the dark for a while back in the Stormblood expansion and stopped at level 66. But it’s a class I’ve always enjoyed and wanted to eventually get to max level. Summoner has always been the equivalent of Warlock’s in WoW with lots of damage-over-time spells but with added pet summons to help do your bidding. But as of Endwalker, the devs decided to rework Summoner by focusing on the pets and doing away with DoT’s.

I was sad when I heard about this since I really enjoyed the way Summoner dealt damage. It was so satisfying to quickly burn down large mobs with DoT’s and various other spells. The pet just felt like a bonus, to be honest. From the one or two dungeons I’ve ran as Summoner, I’m not overly impressed with the changes that are currently accessible for my level. From what I’ve seen of my Summoners future abilities, it might become a bit more fun to play around the level 70/80 mark.

A new healer is also introduced in Endwalker called Sage. However I haven’t gotten around to trying Sage yet, but from what I’ve heard from friends currently playing, it’s a really cool class. My personal thoughts about Sage will be in my full review.

So far, Endwalker feels like it’s going to be a lengthy story to tackle and am hoping for an epic conclusion to the ARR story arc. And hopefully it doesn’t take too long as I try to level Reaper, Sage, Summoner, and a couple other choice classes. My overall thoughts on the story, Sage and Summoner 2.0 will be covered in my full review.