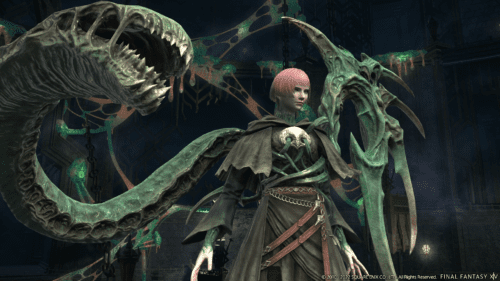 LAST weekends Letter from the Producer LIVE broadcast revealed plenty of new details for future content of Final Fantasy XIV Online. Patch 6.2 for the popular MMORPG is scheduled to launch on August 23. However, details for content further down the track were also revealed, including a new “variant” of battle content.

Producer/director of Final Fantasy XIV Online, Naoki Yoshida, also revealed content included in Patch 6.25. Yoshi-P (as he’s most commonly known as) revealed that more of everyone’s favourite side quests are being added. The hilarious and quirky Hildibrand Adventures will continue in Patch 6.25. The new Hildibrand side quests will also be the beginning of new weapon enhancement quests, where players can obtain and upgrade Manderville weapons.

More battle content is also coming to Patch 6.25, but it’s a first of its kind for the MMORPG. Dungeons of a higher difficulty are finally being introduced to Final Fantasy XIV Online, with “Variant Dungeons” and “Another Path: Criterion Dungeons”.

Variant Dungeons have been designed for 1-4 players and scaled enemy difficulty depending on the number of party members. These dungeons will also feature branching routes, where players will go down different paths every time depending on their actions. Another Path: Criterion Dungeons on the other hand are of a higher difficulty specifically for parties of four. These will come in two difficulty levels and come with its own set of rules.

And finally, Disciples of the Land will be getting new Omicron Tribal Quests.

The launch date for Patch 6.25 will be revealed at a later date.