AHEAD of Patch 5.35 for Final Fantasy XIV Online going live this Tuesday night, the latest LIVE Letter from the Producer was broadcast over the weekend. Producer and Director Naoki Yoshida mainly covered details about Patch 5.4 giving fans everything they wanted out of Patch 5.3 and more. Yoshida also said to expect Patch 5.4 to be released in early December.

Even though the curtain was drawn on the Shadowbringers story in Patch 5.3, we’re still getting more Main Scenario Quests in 5.4. All we know so far is that it’s going to be a new adventure. It’s also unknown whether or not this is also connected to the MSQ but a new dungeon will also be made available called Matoya’s Relict.

The most notable content to bring back players though is the next chapter in the Eden raid series. Eden’s Promise is the third and last set of raid fights available in both Normal and Savage modes. These new raid fights will also go hand in hand with the next chapter of “The Sorrow of Werlyt” questline. This will unlock the next trial fight introducing us to the Emerald Weapon, available in both Normal and Extreme modes. 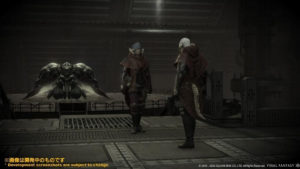 The challenge doesn’t stop there either. In Patch 5.3 we were introduced to Unreal Trials which are older A Realm Reborn level 50 trials scaled to level 80. Successful completion of Unreal Trials allows you to play a mini-game and win unique weekly prizes. Patch 5.4 will retire the previous boss fight, Shiva, however nothing was mentioned about who’ll be next. My personal theory is they’re going backwards in the timeline as Shiva was the last Trial fight in A Realm Reborn. If this is the case, my guess is Ramuh will be next.

There are also other various updates coming to Patch 5.4 covering a broad range of gameplay. The limited job, Blue Mage, will receive various updates including new magic to learn from enemies, job-specific equipment, Blue Mage Log additions and a level cap increase. Triple Triad will also get an update in regards to match rules and UI as well as introducing limited-time tournaments. Information about the tournaments is scarce but we can tell you they’ll also be accessible through the Duty Finder. 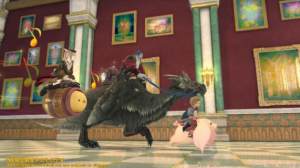 The “Save The Queen” questline is the headlining update for this weeks Patch 5.35 as it’s the next step to upgrading your Resistance Weapon. However you won’t have to wait as long as last time as an additional chapter will also be added to Patch 5.4. For the in-game photographers, a new “ Explorer Mode” will allow players to go into enemy-less dungeons to take screenshots safely. Mounts and minions can also be summoned in Explorer Mode. Restorations made to Ishgard will also be coming into its final stage in Patch 5.4. Other updates introduced in Patch 5.4 will include PvE/PvP adjustments, new UI skins, updates to Ocean Fishing, Doman Mahjong, PvE/PvP, treasure hunts and more.

With the Playstation 5 only a month away, Naoki Yoshida also announced plans to support the PS4 version of Final Fantasy XIV Online on the PS5. He promises it’ll deliver fast loading times through the PS5 hardware while also utilizing the PS4 Pro display settings.