THE adventure continues for the “Save The Queen” questline in Final Fantasy XIV Online thanks to Patch 5.45. The new patch went live overnight featuring updates for the Resistance Weapon, Blue Mage, Skysteel Tools and a plethora of cosmetic items. It was also announced that the “Final Fantasy XIV Announcement Showcase” livestream will take place on YouTube and Twitch on the 6th of February at 11:30AM AEST.

The headlining content for this Patch entails the Resistance Weapon. The next chapter for the “Save The Queen” questline called “Past to Rest” continues the battle for the Bozjan southern front. This new chapter does of course introduce an upgrade to players Resistance Weapons. However, a secondary upgrade tier can now also be added to fit your playstyle. Patch 5.45 also introduces new large-scale battle content called “Delubrum Reginae”. The new instance for the Resistance Weapon has a 24-man normal mode and a 48-man Savage mode.

Other updates included in Patch 5.45 include an increased level cap of 70 for Blue Mage as well as new blue magic, equipment and additions to the Blue Mage Log. Crafters will now also be able to upgrade their Skysteel Tools even further. New Emotes, hairstyles, furnishings, mounts, minions, etc. are also available. 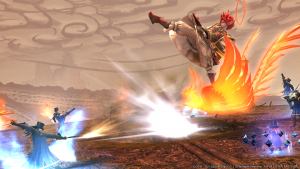 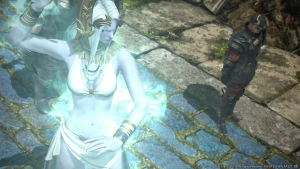