NOT content with being the coffee and laneway bar capital of Australia, Melbourne is making a push to become the country’s e-sports capital too.

Coming off the back of the successful Melbourne E-Sports Open (MEO) and ahead of this year’s PAX Australia, Fortress Esports have announced ambitious plans for a 2700sq m two-storey e-sports and gaming venue opening in the centre of the city’s CBD early next year, to be known as Fortress Melbourne.

According to the official announcement, Fortress Melbourne “will offer a new kind of entertainment experience with over 160 gaming PCs, console gaming suites, dedicated streamer pods, RPG and tabletop game play area, function rooms, a full service restaurant, two bars, and a 200 seat purpose-built esports arena with production facilities, all under one roof.” 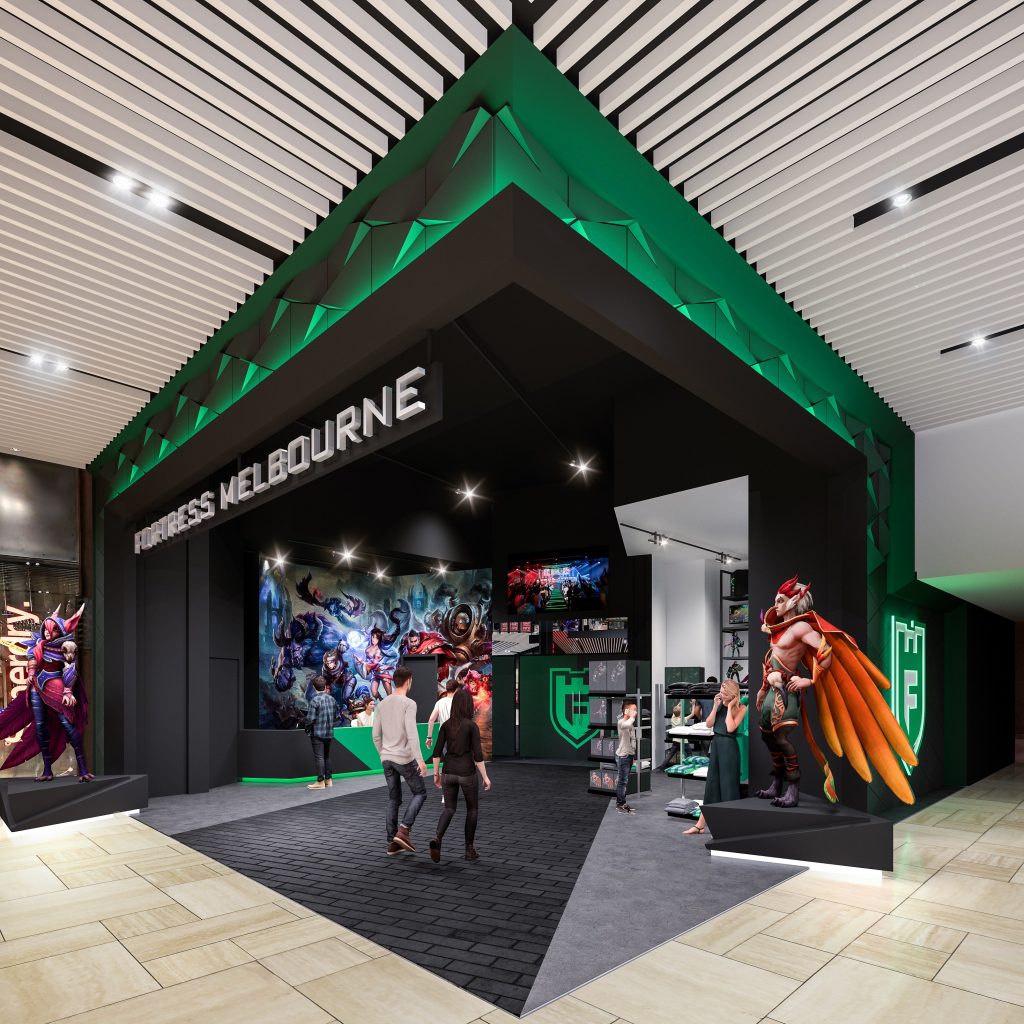 “We’re excited to be opening our first flagship venue in Melbourne and offer Australians a unique entertainment space that they can enjoy all year round,” he said.

“We want to make Fortress Melbourne the ultimate ‘home away from home’ for everyone, from casual gamers, competitive gamers and esports fanatics, to families and after work crowds.

“Fortress Melbourne will offer the best video gaming experiences and entertainment, with the newest tech, fastest internet, comfortable decor, great food and drinks, and a rich calendar of events and tournaments, plus more.”

The venue will be housed at Emporium Melbourne, owned by Vicinity Centres, whose chief development officer Carolyn Viney said they were thrilled to become the home of the Southern Hemisphere’s biggest video gaming and e-sports venue.

“We are always looking at new, unique experiences to offer our customers and with the global phenomenon of esports rapidly gaining fans in Australia, Emporium Melbourne’s city location makes it the obvious choice for an esports arena and gaming venue that will cater to all audiences,” she said.

“This exciting first for entertainment venues reflects Melbourne’s standing as the cultural and events capital of Australia.”

Fortress Esports have partnered with the US-based Allied Esports, who have considerable experience managing e-sports venues and productions, including operating the HyperX Esports Arena at the Luxor hotel and resort in Las Vegas.

“Allied Esports will be lending its expertise in global event programming, development and operation so Fortress will be a ready-to-go championship destination for tournaments,” the announcement said.

According to the official announcement, the multi-level, multi-purpose entertainment space will feature:

Fortress Esports said they also have plans plans to build additional Fortress locations in Australia and New Zealand in the coming years.

At any rate, there’s going to be a lot of happy gamers in Melbourne when the venue opens, so stay tuned for updates.