Games as a Service: Yay or Nay?

Picture this. It’s around lunch time, you’re starting to feel a bit peckish and you think to yourself, well the burgers are better at Hungry Jacks! To the drive-thru!

“Can I take your order please?”

“Yeah, um, can I please have a large Whopper with cheese, heavy mayo, in a meal, coke for a drink?”

You drive through to the last window pay for your meal get your food then decide to drive off. But the food bag seems a bit light and there’s nothing in your drink. So you turn around and go back to figure out what went wrong.

“Yeah, G’day, look I ordered a large Whopper with cheese heavy mayo with a coke for a drink and when I opened the bag my burger is missing the cheese and mayo, I’ve got no chips and my drink is just ice. What’s the go?”

“Oh you weren’t aware those are the paid extras?”

“Paid extras. What you’ve paid for is just the base meal deal if you want those extra ones then it will cost you $2 more for everything you want”

My worst nightmare right there. But the scary thing is, this is the way that the modern day AAA games as a service model is looking. You purchase a piece of content, based on the hype trailers, preview articles, pre-order bonus’s, only to be left at the video game drive-thru with a bun filled with a bit of lettuce maybe a slice of tomato if you’re lucky, desperate for the rest of your meal to nourish you under the belief of what you think was promised to you.

So why is are these virtual games as a service burgers definitely not better? Because in the boardroom, CEO’s realise you can make a whole lot more money selling that burger bit by bit over time rather than give you the full meal right away.

It’s no secret that video games these days are made more for shareholders rather than gamers themselves. Dollars rule the world and we, the gamer are the one’s responsible for driving the beast that is the gaming industry but like I said, that’s no secret. But the thing that I’m finding fascinating at the moment is how games that are essentially free are the biggest money makers going around.

Flashback to the early 2000’s. Free to play in the mainstream is basically unheard of. It was basically mobile games and that’s it. MMO’s such as The Lord of the Rings Online: Shadows of Angmar, Age of Conan and D&D Online have started to transition from a subscription model to free to play and the industry started to take notice especially when Lord of the Rings Online TRIPLED its profit. As the next decade approached the next wave of titles such as Team Fortress 2, Quake Live and Battlefield Heroes started to appear. Some were hits, some not so much but that’s just the industry. But the result of that was seeing more genre’s opening up to the F2P model. 2013’s Warframe is a fantastic example of how the F2P model really started to pick up momentum and really made the industry sit up and say “wow”. There’s no doubt that Warframe’s success didn’t just happen overnight and it’s safe to say it was a bit of a slow burn but in 2017 when Warframe started to blow up thanks to people starting to realise it was becoming a very good game, saw revenue for the product increase from the previous year by 49% to $166.7 million (US) and gross profit increase by 53% to $110.7 million (US). Pretty clear why micro-transactions have become such a major part of the industry today.

Then when almost out of nowhere the Battle Royal genre just exploded and once again tuned the industry upside down. But again how was F2P games making so much money, especially when all micro-transactions were purely cosmetic? The popularity of top level streamers such as Ninja, Shroud, Dakotaz, Tfue, DrLupo and Dr Disrespect has certainly helped, but there’s no doubt that the season passes and constant updated cosmetic library combined with the simplicity of being able to play for 10 minutes or 10 hours has been main driver. In an article written by IGN last year it was estimated that because of the worldwide phenomenon that is Fortnite, Epic Games was worth between $5 billion (US) and $8 billion (US). Forbes also reported that on average $1 million is spent every day by users in the game. Now take a look at a game like Apex Legends and what the total player base is doing. One month after initial launch, Respawn announced that it had hit 50 million users for the battle royal juggernaut, which coincidently sent the EA share price to nearly $100 (US), second only to one other EA release in the last month, the much maligned Anthem, but we’ll talk about that later.

I want to touch on a couple single player story based games at launch for a brief second and the revenue they made in their launch months. Uncharted 4 in its initial month made $56 million (US). Multiple game of the year winner The Witcher 3 made approximately $69 million (US) and that was before any DLC was mentioned. God of War then smashed those records with $131 million (US) in its first month. Long live the king, well until everyone’s favourite neighbourhood Spiderman was released. 3.3 million copies of the game were sold in 3 days plus another million pre-orders and not to mention the PS4 console bundle packages which would have added to the number of total copies sol which roughly translated to an absolute mind blowing number of $198 million (US) in revenue. But unlike the likes of Fortnite or Apex as a gamer how many times have you played games such as these titles mentioned that have incredible story and have won game of the year, finished them and never gone back to them again? I know I’m guilty of that. 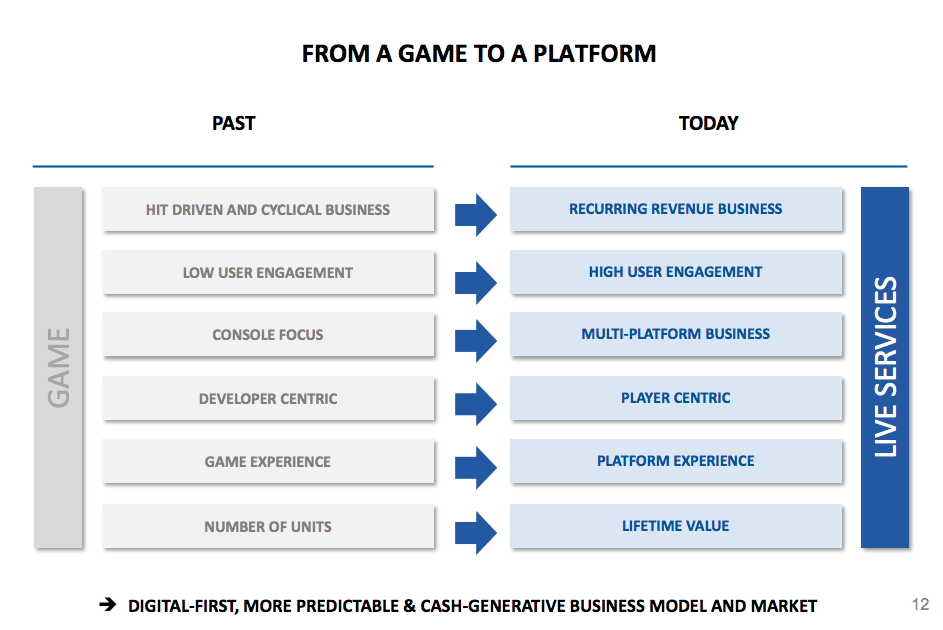 So that brings us back to the latest wave of AAA releases that see that these amazing story based games are brilliant for the trophy cabinets but not for the bank balance over time. Yes it’s all well and good to have these initial massive revenue numbers but if the gamer isn’t continually pumping money into micro-transactions or season passes then how will developers turn those millions into billions? The old missing parts of the burger model. In the last 18 months titles such as Activision/Bungie’s Destiny 2, Bethesda’s Fallout 76 and most recently EA/BioWare’s Anthem have been released with much hype but also much disappointment. The games have been ridiculed for feeling unfinished, buggy and having season passes that make it feel like core content was just cut out of the game so that future DLC could be created to continue to drive revenue and profit for the studios. Destiny 2 alone made $500 million (US) in pre-order and day one sales, not to mention another $48 million in the month after release but quickly saw the player base drop off once the majority of the content dried up and the season pass content updates didn’t have enough to keep the remaining player base engaged. It took an entire year to get the game back on track but again that has been driven but more paid for DLC and another season pass. Fallout 76 was just a flat out disappointment and who knows if that game will actually get to the point that it is seen as the juggernaut that Bethesda had hoped it would become. Anthem’s pre-release hype has been in full swing for over a year, and then the beta and demo released and alarm bells started going off. It was reported that EA/BioWare had hoped that Anthem would sell between 5 and 6 million units by the end of March, a stretch target to say the least, but to EA/BioWare’s credit they have laid out a fairly meaty roadmap that with add additional content to the title. Fingers crossed it’s not late to turn the communities disappointment around. Now these titles aren’t the first that have been major releases that follow DLC and season pass models and they sure as hell won’t be the last but maybe the tide is starting to turn in favour of the gamer and not the shareholder.

I was watching a very popular Twitch streamer the other night and they had a brilliant quote “If no one likes the game then who’s going to buy the micro transactions presumably used to fund future content”? Games as a Service isn’t going anywhere it will just continue to evolve, it up to us as gamers to keep developers and publishers honest and in line by voting with our wallets. When I order my burger I want my full meal.

What about you guys what is the model you prefer and which path would you like the gaming industry to take? F2P with micro-transactions, single player with strong story based games or subscription and season pass based model? 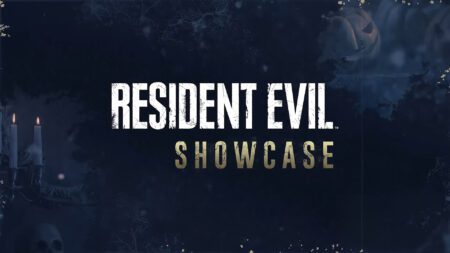 Magic: The Gathering 30th Anniversary Edition costs how much!?

Magic: The Gathering (MTG) sets to start off it’s 30th anniversary in style, with a limited reprint product that gives…