“Plunge both shatters me and makes me want to play until the very end.”

I jumped into Plunge with this expectation that my playthrough would be a cake walk. But this was far from the truth. I reminded myself that as a rogue-lite, this was going to be almost as hard as breaking out of a real prison. Ironically I soon realized after many many attempts that it was easier going back up to the top than it was going down.

Plunge is a new turn based strategy rogue-lite by indie developer SpookyBuns. You play the one billionth prisoner to be incarcerated and because of this, the judge has allowed you the chance to escape. But the only way out is downwards. Each level is full of turn based strategy mixing puzzle elements with combat. Sliding in each and every direction, your goal is to obtain the trapdoor key to progress further down. But every time you move, so does everybody else. You’re also having to defeat and/or avoid guards as well as annoying traps. Simple concept that sounds easy, right? I reached floor 9 on my first attempt. The next few attempts got progressively better but were still pretty rough. By floor 14 I was becoming very overwhelmed with about half a dozen guards coming after me all at once. As I got defeated over and over again, it became apparent that this was going to be a game where I had to be very mentally alert at all times.

Each level however doesn’t progressively get harder. You can go from having a room full of guards and traps and then straight back to the most easy of floors. It’s not that there’s a real difficulty spike per say. But it does juggle with your comfort zone a lot during the first few attempts. Floor layouts are mixed around with every playthrough but with good muscle memory you’ll eventually learn how to efficiently move around some of floors while dealing with hazards. Guards are also easy to learn to handle but can be harder in larger quantities. But if they’re positioned smartly, you can use their attacks to your advantage and have them attack each other. Being smart with your moves isn’t the only way to survive. Every 10th floor acts as a merchant level where you can choose from 3 random perks. Or as the game likes to call them, Charges. Some Charges will work amazingly in your favour if the RNG gods are good but some didn’t seem to be game changers. Only on the rarest of occasions did I get the perfect mixture of perks that led me past the first boss and into the next area. Along with perks you can pick up potion drops from guards as well as food for HP. Just like perks these potions act on RNG and can either be helpful or completely flip how you play. No, seriously, one of these potions flipped the entire level upside down. If my brain wasn’t already having to deal with moving around and avoiding hazards, I now had to spend several seconds doing all of this from a completely different perspective.

A major flaw I found in Plunge’s gameplay is the possibility of not being able to progress. This only happened on a very rare occasion. The location the key was left in wasn’t in a possible pathway for me to slide across. To tease me more, this happened right before the boss level. There may have been a way for a guard to pick it up, leading it to somewhere else. But to my dismay all guards were already killed.

Since I was reviewing Plunge on PC I had a few choices in regards to controls. However I highly recommend plugging in a controller for this one. The mouse is an alright alternative but using the arrow keys almost hurt my brain even more since directions in-game are diagonal. Plunge can make things difficult and stressful but once you’ve beat a boss, which are strangely my favourite levels of the game, you can access new areas and progress in new playthroughs from their starting points. The central hub acts as a starting point for every playthrough. You can access Charge and potion lists from here but these didn’t seem to serve too much of a purpose. You’ll also progressively unlock new prisoners from here to use in your escape. Each come with their own character traits and some will prove more useful than others depending on your play style.

Plunge has not only a simple concept but also a simple cartoon aesthetic. Overall it’s very dreary and grey, which one should expect from a prison setting. But it’s broken up with the right amount of vibrant colours so it doesn’t become too plain. Almost like an old Macintosh Home Computer game from 30+ years ago, which Plunge did give me the flashback to from time to time.

The gameplay in Plunge is probably the most mentally straining I’ve experienced from a rogue-lite. It both shatters me and makes me want to play until the very end. It’s puzzle like movement mechanics are my favourite aspect but it’s the way it keeps you on your toes that makes you want to come back for more.

Another Teen Titan Is About To Join Fortnite

Plunge is available now on Steam and Nintendo Switch and I give it a 7.5 out of 10. 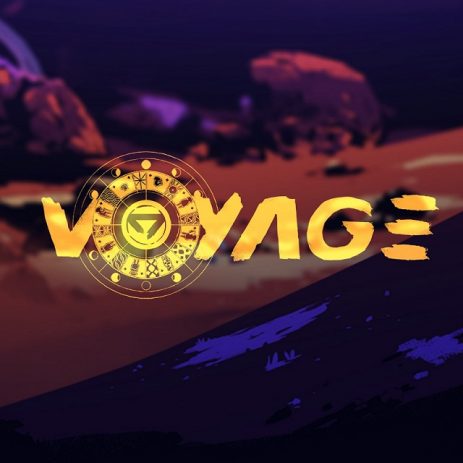