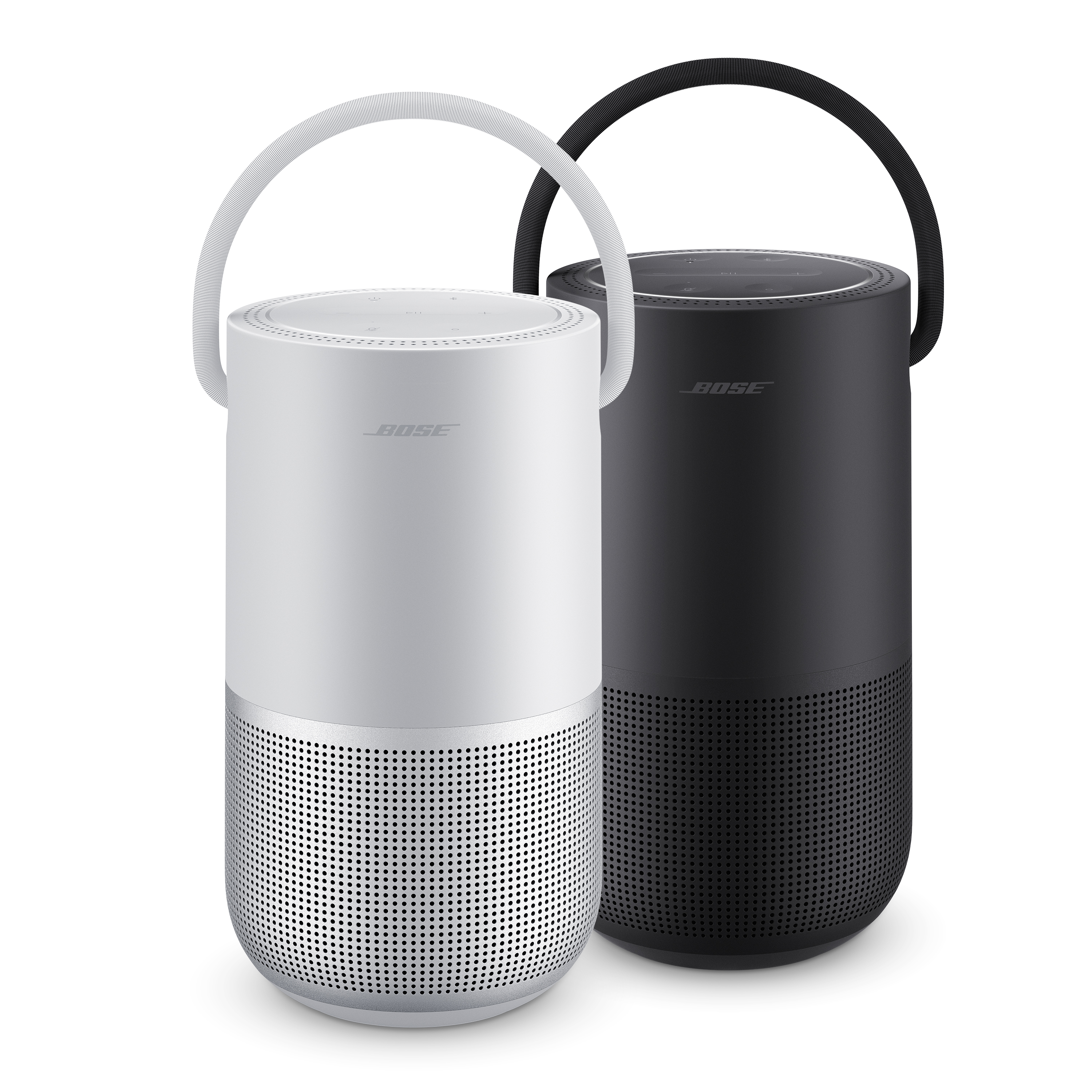 PORTABLE speakers aren’t a new idea, but most of them seem to be focussed more on offering an outdoors-based listening experience (such as at a picnic or at the beach, or maybe while camping) – so it’s great to be able to test something designed less for a weekend away and more for entertaining (or gaming) at home.

The Bose Portable Home Speaker is exactly what it says – a portable home speaker. And it does that extremely well, available in either black or white to suit your style (I tested a white one).

As the name suggests, the unit is designed to be used around a home – not just indoors, but in the outdoor spaces too, which really adds to the appeal.

The sound quality is excellent, it’s easy to set up, the battery lasts for quite a while (easily 12 hours, in my testing) and can be recharged via a USB-C plug connected to an AC adaptor.

Weighing in at just over 1kg, the unit is well designed, sturdy and easy to carry around (particularly thanks to an attached carry handle), and is aesthetically very pleasing too.

The speakers themselves can be easily controlled from the app, or via the controls mounted on top. These also include a very welcome “mic off” feature, which cuts the power to the unit’s microphones and stops apps from being able to listen in as a result. You’ve also got your standard power, volume, play/pause, skip, Bluetooth and virtual assistant buttons there too.

The main criticism I have is that it needs the Bose Music app to function most effectively, and frankly I’m getting a bit tired of having a phone full of single-purpose apps which have also required me to create an account for some reason.

It’s also only IPX4 rated, which means it is only splashproof – so don’t get it wet or use it near by the pool.

Additionally, there’s the very high price tag – it has an RRP of $499, which did strike me as rather a lot of money for the offering.

Connection is via bluetooth or wi-fi, and the unit works well in either capacity. I spent a lot of time over the Christmas break using the unit to provide music in the house – I hope the neighbours like Ninja Sex Party and Oingo Boingo – and was very impressed with the quality and the performance.

It’s well designed for being moved around the house, and did admirable duty providing calming night-time music in my kid’s rooms to help them sleep too – wherever I put it, it did exactly what I needed to do with no fuss.

The Portable Home Speaker is capable of 360 degree sound, in that wherever you are in relation to the unit (and whichever side of it you’re facing) you still get a great sound experience. Walking around the unit as it’s playing, the sound seems to follow you around.

The bass in particular was well done – it was present and accounted for, but never overbearing. Indeed, the EQ across the board was very good during my testing and the sound quality was clear without distortion or the ‘muddiness’ that someones accompanies portable speakers.

According to Bose, part of this is due to the unit’s size (it’s 19cm high and 10cm across), along with its eaamless, anodised aluminium enclosure which is “shaped precisely to enable its audio performance”

The manufacturer’s press info goes on to say “inside, three passive radiators, a high-excursion driver and a proprietary deflector distribute clear, lifelike sound evenly in every direction — including size-defying bass” – all of which I absolutely can confirm from my own use and testing of the unit for this review.

The Bluetooth connection means you can have a direct phone-speaker connection, which offers plenty of opportunities for gaming sound, and also means if you’re at somewhere without Wi-Fi (How’s life all the way back there in the 1900s?) you can still have your phone connected to it.

In addition to its audio functions, the unit also has Amazon Alexa and Google Assistant functionality too – which proved surprisingly useful, especially when you’ve got friends over and what to settle debates like “when did this song come out?” or “What TV show was that actress in?” or “Is Die Hard a Christmas movie?” (yes, it is, dammit!)

I have been quite pleased with the speaker – for the RRP of $499, you’d hope so – along with its versatility.

Regardless of what you’re doing in your home – gaming, music, watching movies – the Bose Portable Home Speaker has proved itself an excellent companion, albeit one with a price tag that might be a bit on the ambitious side.