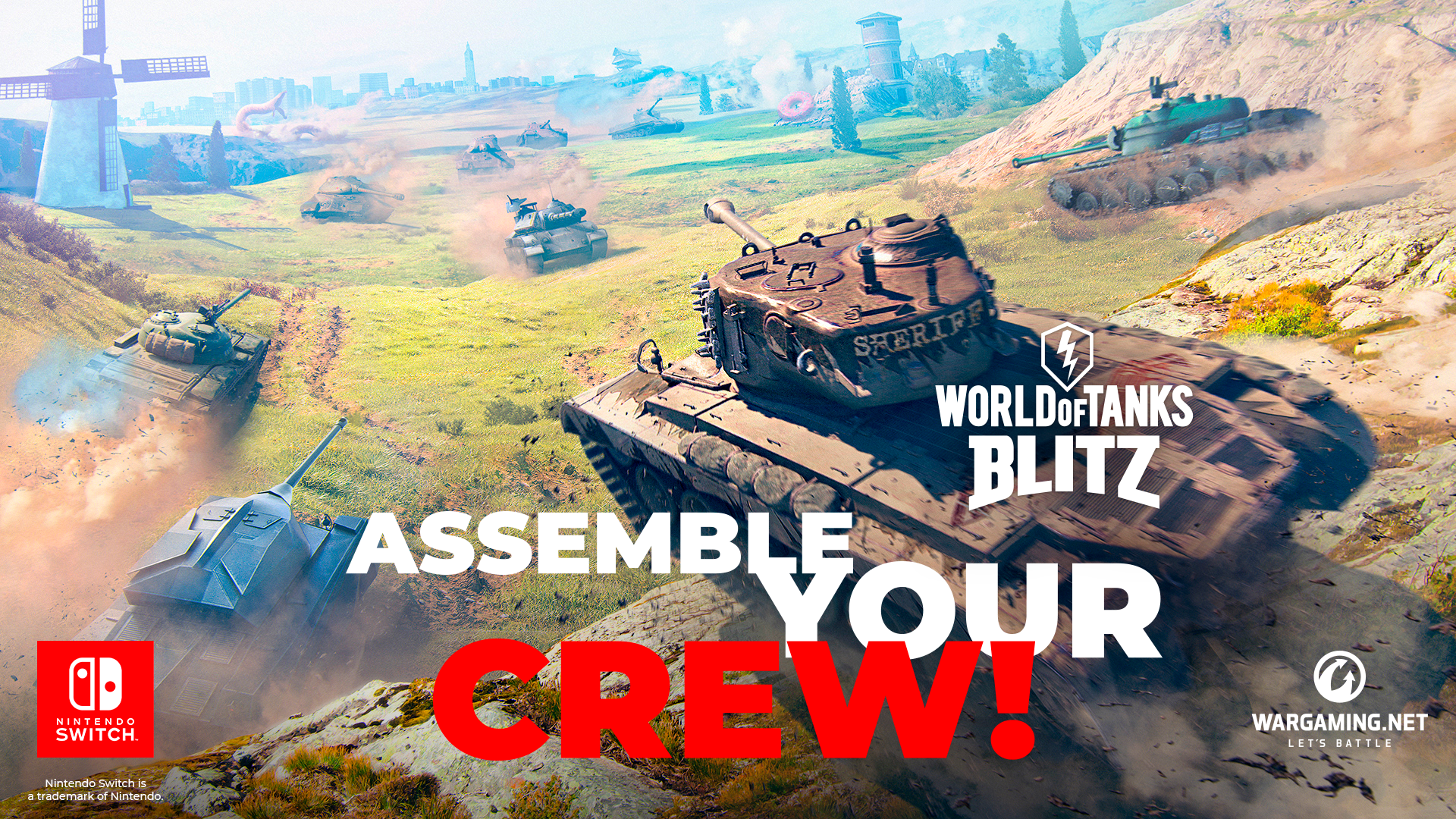 WORLD of Tanks is probably my favourite free-to-play game, with its mobile counterpart World of Tanks Blitz being my favourite mobile game.

Not just because I like tanks, but because it’s a great game that’s well balanced and fun and legimately free to play – and also because I don’t totally suck at it and the community is pretty good, so I’m constantly not subjected to energy drink-addled teenagers non-consensually including members of my wider family in their terribly contrived micro-erotica during a match.

Published by Wargaming, the developers describe the game as “a fun, lighthearted approach to the genre that bends the rules of reality, putting an engaging twist on tank combat. Deep mechanics and realistic physical models across both authentic and alternative historical settings combine to create fluid gameplay and tactical diversity.”

Surprisingly, even though it seems a perfect fit for the platform, World of Tanks: Blitz hasn’t been on Nintendo Switch – but that changes now.

Publishers Wargaming have announced the game is coming to the console… now, as it happens.

Even better, Wargaming have confirmed full cross—play compatability across all platforms – so even if your fellow tank commanders are gaming across the console spectrum, you can still play together on the same server.

World of Tanks: Blitz product director Andrey Ryabovol said the game was the very first title from the company to launch on a Nintendo platform, and would make the game available to an even wider audience as a result.

“Launching on the Nintendo Switch is a perfect match for us, since the platform’s on-the-go gaming ability and impressive graphic fidelity fit the game’s playstyle and audience,” he said.

Given how many players already have Wargaming.net accounts with lots of gold, XP, and unlocked or premium tanks, there’s good news from Wargaming that the accounts can come to the Nintendo Switch and retain all their progress, too.

Wargaming have further confirmed the game will not require Nintendo Switch Online membership to download or play, either.

“For those tankers who want to stand out on the battlefield they can take advantage of diverse customisation options, including an in-game avatar exclusive to Nintendo Switch. Players will also be gifted a collection of goodies (available in the in-game shop until September 9) to help them start their World of Tanks Blitz journey on Nintendo Switch: 1,000 Gold, 3 days of Premium Account, and the T2 Medium, a Tier II American medium tank.”

Given the game has literally only just come out I haven’t had a chance to don my shmelofon and start the digital T-54/55 up, but I’ll be doing exactly that and you can look forward to a review once I prise the Switch out of my son’s hands so I can have a go on it too.