Jurassic World Evolution is a new theme park business simulation from Frontier Developments. It lets big kids like me build my very own dinosaur park; something that has always been one of those “How cool would that be in a game!” ideas in my head since I first saw the original Jurassic Park movie at the cinema back in 1993 as a teenager (yes … I’m that old 😊).

Evolution is similar to games such as Planet Coaster. It allows the player a real hands on approach to designing and managing their own theme park… except with this one you fill with creatures that have been extinct for millions of years.

“All major theme parks have delays. When they opened Disneyland in 1956, nothing worked!”
“Yeah, but, John, if The Pirates of the Caribbean breaks down, the pirates don’t eat the tourists.”
– John Hammond and Dr. Ian Malcolm, Jurassic Park 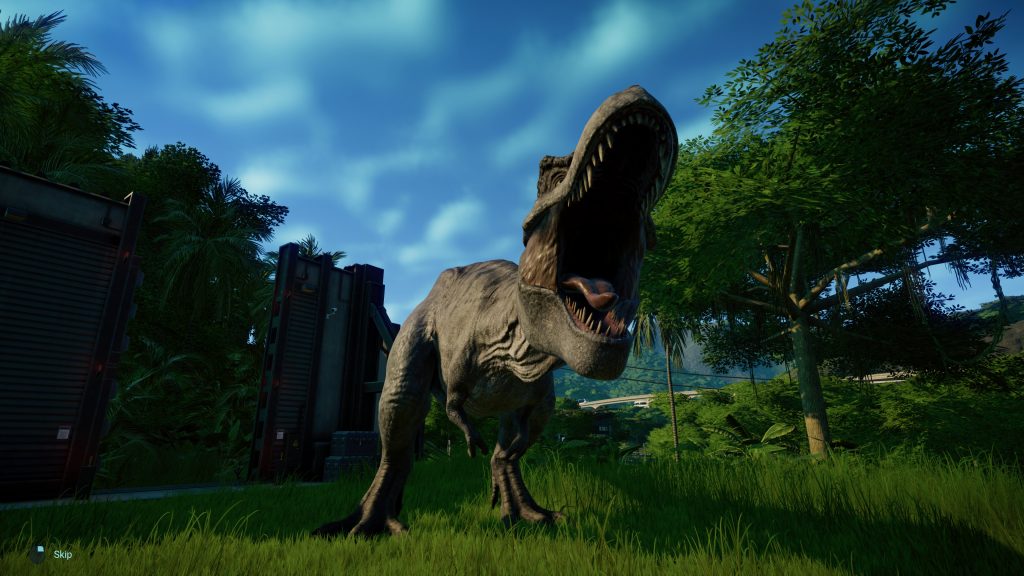 So what does the game let you do? The answer is a lot of awesome things that I think capture those feels you get when you hear the film’s music score.

The game is in the setting of the ‘Jurassic World’ movie that premiered back in 2015. You take on the responsibility of developing the Las Cinco Muertes island chain, also known as the Five Deaths, into profitable dinosaur theme parks.

The introduction to Evolution starts you off on Isla Matanceros with the talented Jeff Goldblum providing voice overs in his Dr. Ian Malcolm character from the original Jurassic Park film. Awesome, right? There are also voice cameos from Bryce Dallas Howard and BD Wong but no Chris Pratt … boooooo. 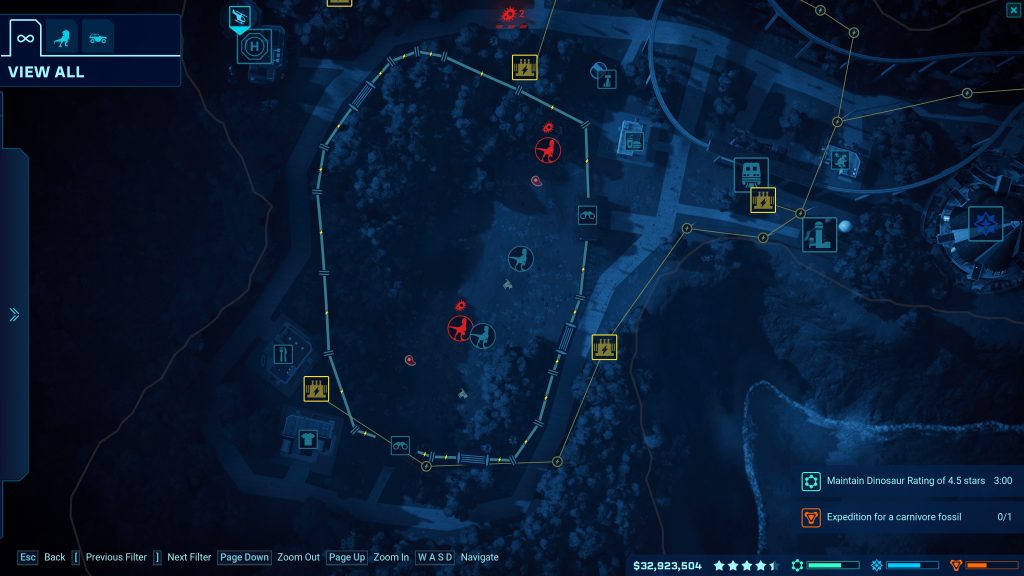 Here you get introduced to a tutorial that teaches you the basics of the game. When I say basics, I mean basics. As you progress through the game you unlock new islands to develop parks on. Most of my game experience has been figuring out what works best and how one system will work in conjunction with another.

For example; if you build a dinosaur enclosure you have to also build a Ranger station that enables you to send out teams to replenish food feeders or medicate sick dinosaurs. If you don’t build one in time you can get angry dinosaurs because they’re hungry or dead ones because of some disease they have contracted.

The main objective is to get that money rolling in so you can build a bigger and better park filled with bigger and better dinosaurs… with more teeth of course. You work through each island with each presenting various challenges. The game eventually unlocks Isla Nubular from the films as a sandbox island for you to go crazy on with no financial restrictions or conditions.

You have three different areas of park management to maintain healthy relationships with; entertainment, science and security. Each will offer you varying contracts throughout the game to do set tasks within your park and provide a big reward to you on completion. However, if you do too many missions for the one division and neglect the others, events start to happen around your island like sabotage which then brings all sorts of problems with it.

One example is that you get tasked to build an expedition centre that allows the player to send dig teams to parts of the world to dig up new fossils. Once you have those fossils you bring them back to your fossil centre so the scientists can find the genome of new dinosaurs or help you build your current genomes to 100% on each dinosaur. 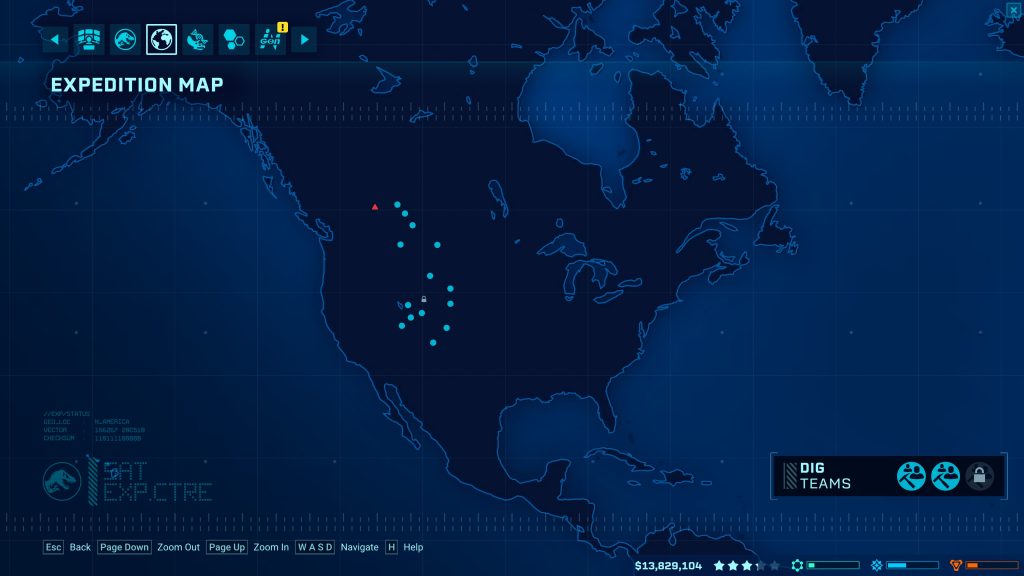 I have a love/hate relationship with expedition side of the game. The more you do, the more dinosaur types you can introduce into your park which in turns brings more guests and most importantly… more money!  Sometimes the dig teams will bring back rare earth materials that you can sell for big dollars to help fund the park. Initially it is quite fun but later on it can be quite tedious constantly sending team after team to the same dig site to get a high value sample.

The genome modification is an interesting and a fun part of the game. Each dinosaur can be modified to create certain behaviours or looks. Do you want your dinosaurs to be more resilient to disease? Then research the Immune Response gene and throw that into the DNA martini mixer.

But be warned. Genome modifications are cool to tinker with but be careful with what you put into each dinosaur. Increase a carnivore’s attack modifier will surely cause you and your guests problems after they bust out of their enclosure due to the increase in their aggressive tendencies.

The effort the developers have put into recreating each dinosaur is beautiful. The animations and detail are very well done which adds more charm and excitement when planning out your park.

Managing your dinosaurs’ wellbeing is also a very important part of the game. Building an enclosure and stuffing it with awesome looking dinos is just not going to work the way you think. Put the wrong type of dinosaur, like a carnivore, in an enclosure with a bunch of herbivores and you’ll have a very happy carnivore; such as a Ceratosaurus who will chomp down on your little Struthiomimus as one would a potato chip.

Even if you keep an enclosure to an herbivore only area, you still have to manage the comfort of your dinosaurs. Some like forest areas while others like grasslands; some like other dinosaurs and others like to be alone. It’s up to you to decide how you’ll manage that particular enclosure and what type of dinosaur to put in there.

It’s these little things that really keep you on your toes. Each different system in the game presents a different set of problems that you must overcome and manage to keep your park successful and not fall into ruin. 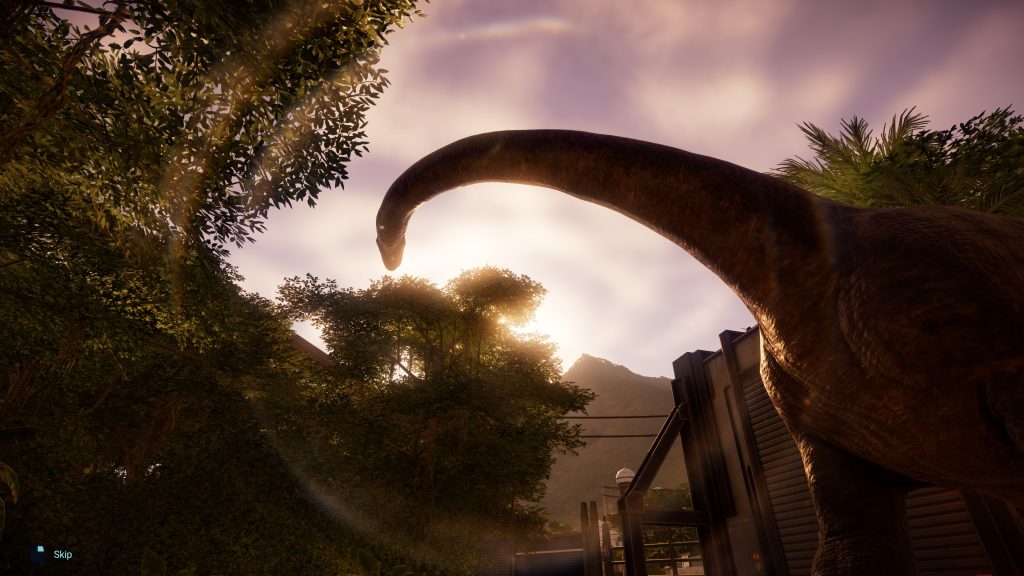 During my playtime on Isla Muerta, I was presented an interesting intro to the island. A storm had hit the park, shut down the power and the guests were all huddled inside an emergency shelter. First things first I had to get the power on. I got into a ranger vehicle and manually drove it (yes you can do that… oh and you can fly the ACU helicopter as well) to a damaged substation to get it back up and running.

Okay that was done. What was next? Repair other damaged areas of the park. I set off and repaired all the fences. Once that was all sorted, I let the guests out of the shelter and I had the park back to normal.

After the storm, I managed to get my park operational and turning a profit. I built my herbivore enclosure and put a few Struthiomimus in there, a couple of Edmontosaurus, a Dracorex and an Ankylosaurus. People were happy and numbers in the park were up. Life is good.

Then I thought “I need some carnivores… yes that’s a good idea!”

I set out and built a pretty awesome carnivore enclosure and put a Ceratosaurus and a couple of my favourite dinosaurs in there as well… Velociraptors. What could go wrong? I had my Asset Containment Unit (ACU) on standby and a new Ranger centre, fences were electrified and I thought “Yeah, they aren’t getting out of there.”

But it was short lived when a storm came and for some reason my Dracorex didn’t like her friends and enclosure so she become frustrated and started smashing down the fence… and yes, she escaped. Guests were screaming and running for their lives. I launched my ACU helicopter and took manual control. I flew that bad boy in like it was Apocalypse Now and tranquilised the Dracorex.

What I failed to do in the excitement of manually flying the chopper and then switching to the gunner seat was send a Ranger Team to repair the hole in the fence. So naturally the curious herbivores in the enclosure stuck their heads out the broken fence and went, “Yay new human friends to meet.” So, they set off and ran around the park trying to make new friends at the local viewing gallery, fast food joint and my new clothes shop, the Tiny Rex Clothing Co.

If I could give out bonus cheques to my ACU teams that day, I would have. They earnt it flying around the park tranquilising the escapees and transporting them back to a now repaired enclosure. I sold off the Dracorex so it wouldn’t cause any more issues.

Phew! Crisis averted and I wiped the sweat off my brow.

Then a short time later an alert appeared on my screen: ‘Power station sabotaged’ then ‘Fences broken’. I scrolled across the map and saw something I really didn’t want to see… my Velociraptors escaping their enclosure.

But that is a story for another day…

Overall, Jurassic World Evolutions takes the theme of the film franchise and recreates it to give you a fun and at times intense game experience that keeps you busy from start to finish. The game can be complex at times but not overly difficult.

Fans of the franchise will gobble up everything Evolutions has to offer but it’s not a perfect game by any means. There are still little bugs you come across with building placement and the mission structure of the game can be tedious at the best of times.

Even though fun and with new DLC on the horizon, the base game needs a lot more depth to really take the game idea to the next level. Maybe an opportunity for the developers to open it up to the modding community and see what magic can happen. Overall, I recommend giving it a go just to experience the world of Jurassic Park. 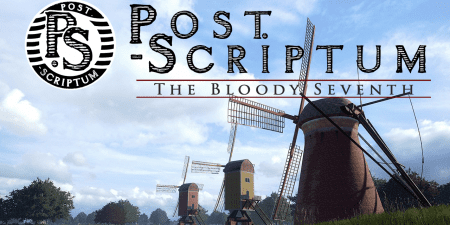