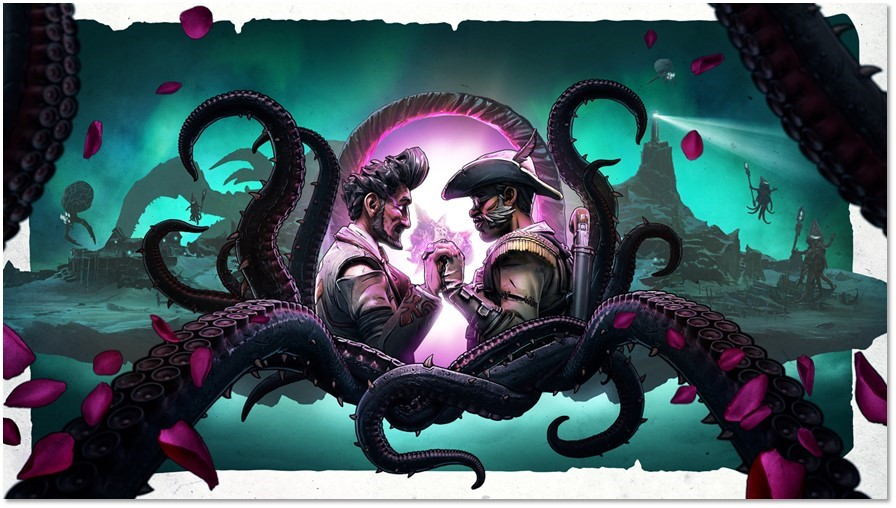 2nd Borderlands 3 DLC is out NOW!

YOU’RE invited to the wedding of the year. And a pandemic isn’t going to stop this one. The Hammerlock-Jakobs wedding is almost in full swing with the latest DLC for Borderlands 3 launching today. Guns, Love, and Tentacles: The Marriage of Wainwright & Hammerlock is readily available for Super Deluxe Edition and Season Pass owners and can also be bought separately.

Before Sir Hammerlock and Wainwright Jakobs can walk down the aisle, the vault hunters have a fight on their hands against an otherworldly evil trying to put a stop to the nuptials. Along with reuniting with Borderlands 2 DLC alumni Gaige and her robot BFF Deathtrap, you also:

Similar to the previous DLC, you’ll need access to Sanctuary 3 to begin Guns, Love, and Tentacles: The Marriage of Wainwright & Hammerlock.

As we previously mentioned earlier in the week, the launch of Borderlands 3’s 2nd DLC also introduces an increased level cap of 57 and new Moxxtail ECHOcast Twitch extension event. Also remember to log in within the next 30 days to receive a free steampunk-inspired weapon and weapon trinket through the in-game mail system.