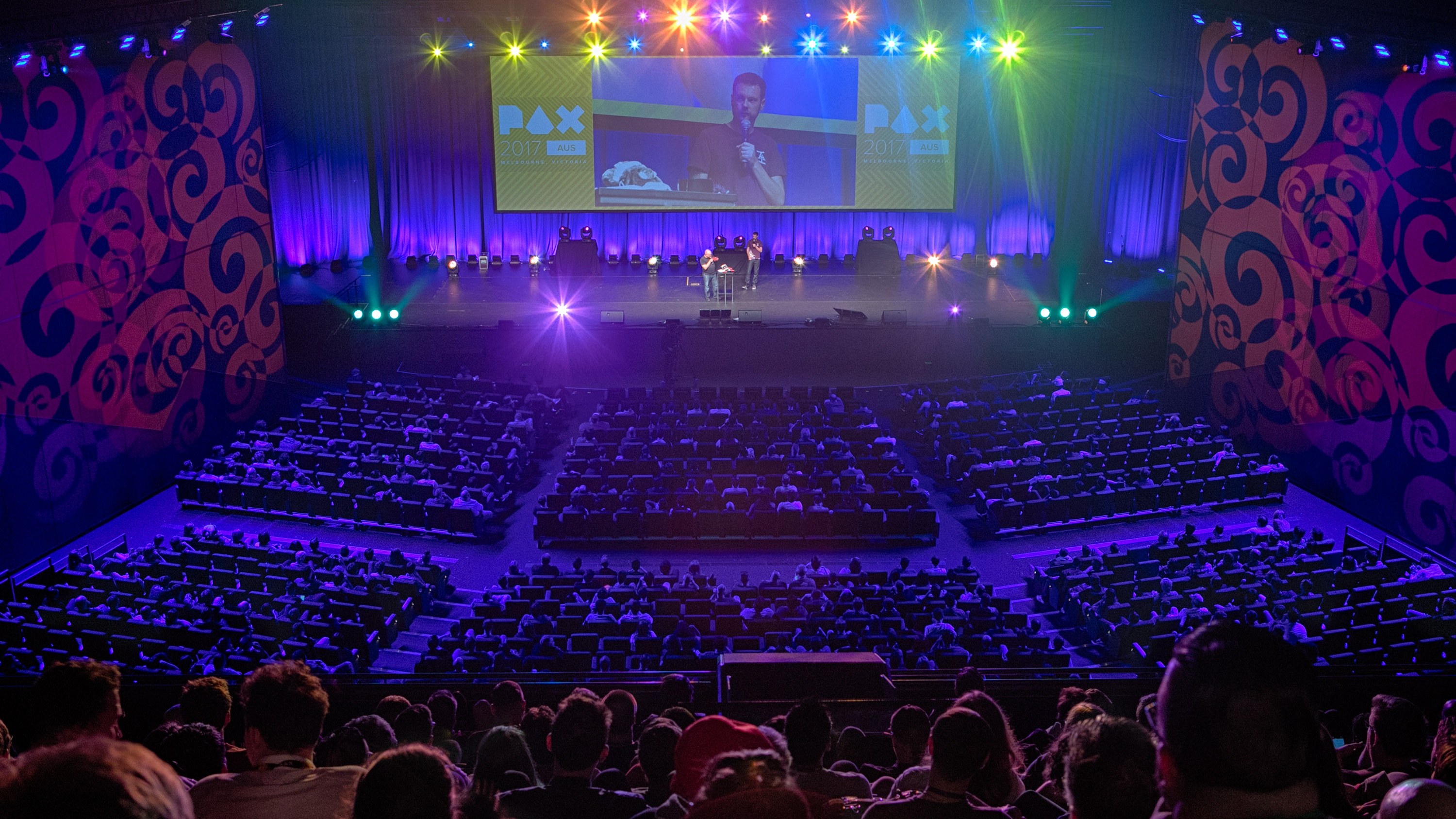 6 Games I Loved At PAX

PAX brought some really big titles to our shores and while some of the big guns like Death Stranding, Watch Dogs 3 and Cyberpunk 2077 were M.I.A, there were still plenty of fantastic games to get hands on with during the three days in Melbourne.

Biomutant – the latest game from THQ Nordic had a SUPER long line to play and with no filming or photography this one was a little harder to get more information from. The game itself it one of the weirdest things I have ever seen in a video game and I can’t wait to play more of it! You play as a mutated fox/raccoon hybrid that you can fully customise with different coloured fur with shades, tones and gender. The game is set in a apocalyptic world with mutated enemies of the animal and monster variety. You do gain a sword and get some cool combo attacks with a rocket gauntlet that easily opens doors. The gameplay was fluid and a lot of fun with our first enemy encounter being larger than expected. The graphics are crisp and while the controllers attached to the game were not overly responsive, hopefully this will get better as the game is developed and should be easier on a keyboard and mouse.

The game looks like it will be a weird and wacky romp with no current release date on the horizon, we should be able to get a better idea later this year for an eventual release in 2020.

The remake of the PS2 classic has been beautifully restored with incredible colour, 3D graphics and fluid game-play that fans of the little sponge are going to love. The detailed graphics and addictive gameplay should prove to be a massive hit with Purple Lamp studios building everything from the ground up. What I did get to play was exciting to see this old classic treated with the same care as the Crash Bandicoot series remake. Even the audio had the same music and sound effects that have also been enhanced and updated. I cannot wait to get my hands on the full version when it’s released and you should too!

Ok so we have all seen the footage and gameplay trailer and gone “eh”. I admit I was the same, I hated what I saw and couldn’t believe that this was what Marvel was happy to put out. Fortunately after playing through the game myself in the Playstation booth my mind is completely changed. Each character has their own strenth and the chain moves are much more fun to play than they are to watch. The graphics are a bit sketchy but this is pre alpha build so it will hopefully look much better in the finished version. While it is a little too easy to fall off the edge of bridges as larger characters like Hulk and the jump mechanics aren’t as sound as they could be, Actually playing through the game convinced me that this is going to be a winner. Hearing the voice acting through a decent pair of headphones also helped sell this cast, particularly when we are so close to having just finished the Infinity Saga on screen with some incredible actors. The line up to play the game was 2 hours long and with limited spots on the Playstation Experience app, it really proved to give Pokemon a run for its money.

Nintendo once again had the longest line at PAX with the chance to play the upcoming title and the invitation to go back with the chance to get 3 exclusive collectable Pokemon pins. The game noticeably didn’t use the Pokeball plus and the staff confirmed that this would not be able to be used with the new game. Instantly the graphics were a major upgrade. The demo started out in a gym that looked similar to a sewer, well a clean one. There was a lot of clear water, pipes and puzzles that you had to figure out which lever to pull to get back up to the ground level. In between the puzzle parts you do mini battles with different members of the gym. When you make it to the top you emerge into a massive arena for the main battle and this is when things got batshit crazy. The battle was ridiculously difficult but it allowed me to cycle through all the available Pokemon including all three new starts (Sobble for lyfe!) another favourite is definitely Wooloo, the new sheep type who has an amazing ramming attack that deals high damage. If that wasn’t enough there is a new battle type called Gigantamax, massive versions of Pokemon that deal a brutal amount of damage rendering the opposition pretty much powerless to stop it. It would be so infuriating if it wasn’t so much fun.

Graphically the game is a massive step up for the Pokemon series, while we got a tiny taste of that with the “Let’s Go” series, this game has beautiful detailed while still retaining some of the cool cartoony features of the classic series. Unfortunately there were no headphones available and the sound wasn’t too loud so I can’t comment much on the audio.

Pokemon Sword and Shield is going to be a fantastic way to end the year with the Switch and newly released Switch lite. The addition of cool collector pins was also a sweet addition to the experience. The stand also had staff in matching Pokemon club outfits. The entire experience was a lot of fun and Nintendo always go the extra mile to make the long waits worth it. Pokemon Sword and Shield releases next month exclusively on Nintendo Switch.

The game is a swashbuckling french platformer from Hildring Studio, out of all the games at Pax Rising. The game is a crazy addictive beautiful 2d game that had us going back for several rounds (there was also a sweet headset to win for the player with the highest points over the weekend!) Make sure you check the game out here.