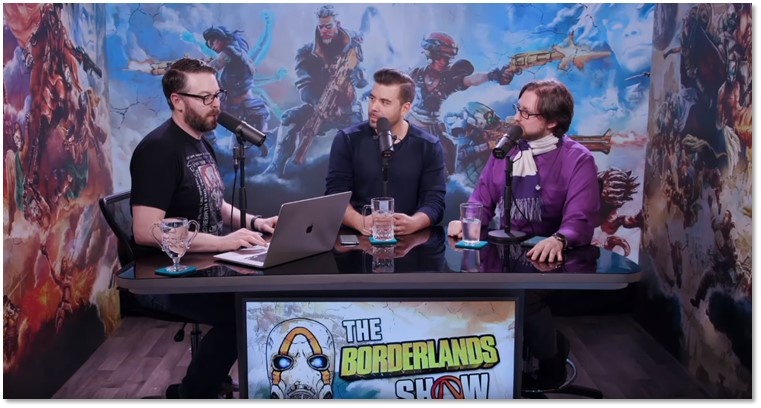 Ahead of the launch of the next Borderlands 3 DLC, Guns, Love, and Tentacles: The Marriage of Wainwright & Hammerlock, the latest episode of the Borderlands Show has revealed a lot more details about what’s in store.

From Thursday the level cap been increased to 57 which not only means equipping 4 more skill points but also 2 capstone abilities at once. There will also be a new ECHOcast Twitch Extension event called Moxxtails. Viewers can collectively create a cocktail for the streamer using bits that will buff their characters. Details about Mayhem 2.0 were also discussed as well the upcoming free event Revenge of the Cartels both of which will be available in April. Revenge of the Cartels runs for 6 weeks and will be similar to the Blood Harvest event. Maurice has returned and this time he’s tasked you to take down a set quota of cartel operatives. Once the quota is complete he’ll send you to a mission a final boss fight. However fights will change with each playthrough with 3 different factions to fight against.

To watch latest episode of the Borderlands Show, click play below.