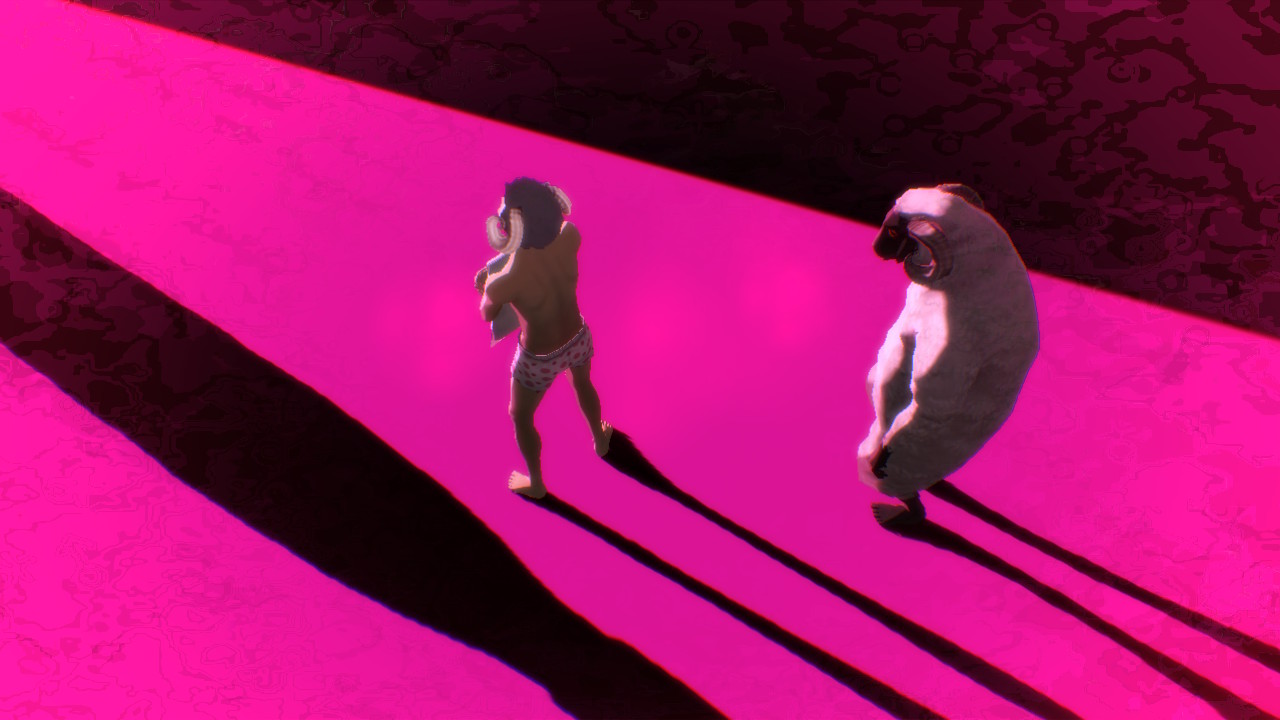 This is a story about relationships, lust, secrets and morals. It’s a classic scenario of how boy meets girl, boy eventually meets another girl and boy lets said girl take it further than it should have. Thus forcing boy down (or in this case, up) a path of betrayal, choices and dangerous nightmares fueled by fear and desire. This sexy and suspenseful tale is Catherine: Full Body. Released in 2019 as an updated story extension to the original 2011 game, Catherine: Full Body is a dark yet sensual puzzle game developed/published by Atlus and recently ported to the Nintendo Switch. As a puzzle geek I came for the gameplay but eventually stayed for its thrilling plot.

Meet Vincent, a young adult who’s been in a long-term relationship with his girlfriend of 5 years, Katherine. The problem with Vincent though is his failure to commit and definitely seems to be under the thumb in his relationship. Katherine just wants what’s best for Vincent, even though she comes across as a bit of an ice queen while doing so. But one drunken night at the bar, away from Katherine, Vincent meets Catherine. Catherine is blonde, ditzy and almost immediately throwing herself at Vincent. Soon Catherine is practically obsessed with him, but this leaves Vincent confused as well as petrified if Katherine with a K ever found out about Catherine with a C. Overall, this affects Vincent in more ways than he possibly imagined. Around the time of his introduction to Catherine, Vincent is plagued with reoccurring nightmares where he’s scaling towers of blocks in a race to reach the top and “survive another night”. What these dreams actually mean are a mystery but this doesn’t stop Vincent from climbing. 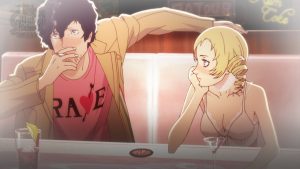 But this is just the plot for the original game, Catherine. In true Atlus style, Catherine’s story was expanded on similarly to their popular franchise Persona. Instead of adding a new story line in the form of an expansion, Catherine: Full Body seamlessly intertwines a brand new story arc into the original setting. This is where we meet, wait for it, Qatherine. Known mainly as Rin in-game, she adds a new desire for Vincent to ponder. Rin adds her own twists to the story as well which for obvious reasons I can’t mention due to spoilers. Choices are a huge part in how you plan to tell Vincent’s story. While there are three girls to chase, there’s a possible 13 different endings to conclude with allowing for lots of replayability. While writing this review, I decided I didn’t want to collect my thoughts from just one playthrough. Plus, curiosity got the better of me in regards to what would happen if I made Vincent choose otherwise.

Since Catherine: Full Body is very story driven, the game is pretty cutscene/dialogue heavy. While I prefer gameplay over hundreds of dialogue lines, I was surprisingly more interested to find out what happens next rather than the gameplay itself. However, most of the intrigue was lost after the first playthrough. Without spoiling much, the majority of the story stays relatively the same. Even Vincent’s general attitude remained the same during my second playthrough as it did in the first. I expected him to act somewhat different after going from one end of the moral spectrum to the other. But for the most part you don’t see a huge personality change. Choices through out do make a small handful of the moments in Catherine: Full Body differ but much of the change in story is made during the final chapter. I did have one problem though with the overall story, particularly the finale, and it wasn’t because of the possible outcomes I ended up with. It was how they dragged it out for so long. Generally I don’t mind it when the gameplay is really good and the story doesn’t have that much of a hold of me. But when it’s a story where I’m desperate to find out the ending, I get super antsy.

That’s not to say the gameplay is bad. I did have a bigger interest in the story but it’s completing the tower puzzles that will allow you access to find out what happens next. Night after night, Vincent is faced with giant towers of blocks that he must push, pull and drop to reach the top all while the bottom blocks crumble below him. It’s a simple concept which might sound repetitive however that’s simply not the case. Towers can go from simple to frustratingly challenging in no time, leading me to leave the game on more than one occasion until I’m more focused. Puzzles can be completed in their original form by playing in Classic Mode but Full Body includes a Remix Mode, replacing some blocks with larger Tetris-like shapes. At first, I thought this was the true challenge mode but going back to Classic Mode during my second playthrough made me put a lot more thought and effort into how I could progress. I even tried to start my second playthrough in Classic on Hard difficulty but I could barely last the first level. The level of challenge delivered overall sometimes had me doubting my ability to reach the end of the story, particularly during my second run. But I didn’t back down, that’s not to say I’d judge those who’d lower the games difficulty. Safety difficulty is also available for those who prefer to enjoy the story at an easier pace without dying in puzzles. 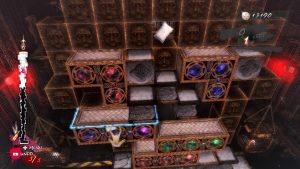 You’re also able to control Vincent in the real world between puzzles and cutscenes however this is only allowed when he visits his local bar. Unfortunately there isn’t much you’re able to do apart from talking to friends/patrons and feels pretty repetitive after a while. But one of the cooler features used only in the bar area is how you can send Katherine, Catherine and Qatherine texts where the responses you choose to send affect your moral choices. If you’re lucky, you may even receive some saucy picture messages. The cellphone feature also gave me a hit of nostalgia to simpler days where flip phones were the norm and the only things they capable of were phone calls, text messages and the odd game of snake.

Being Catherine’s first appearance on Nintendo Switch, she looks and runs very smoothly undocked. The same can be said while docked except during the final level when I noticed an unusual framerate drop during certain moments. While I am a fan of playing games undocked 90% of the time, Catherine: Full Body felt more comfortable playing on the TV with a Pro Controller. Climbing towers often require fast thumbs and my thumbs moved/hugged my Pro Controller joysticks better than those on my joyCons. With that said, I’m not the owner of thumb grips for my Switch so it may be a different experience for those who do.

As a Switch port, they’ve done an excellent job of it and leaves me hoping for a port of Atlus’ Persona 5 Royal. As for the game itself, Catherine: Full Body is a fun adult puzzle game that already has me pondering about a 3rd playthrough just to see another alternate ending to Vincent’s story.

Catherine: Full Body is available now on Nintendo Switch and I give it an 8.5 out of 10.