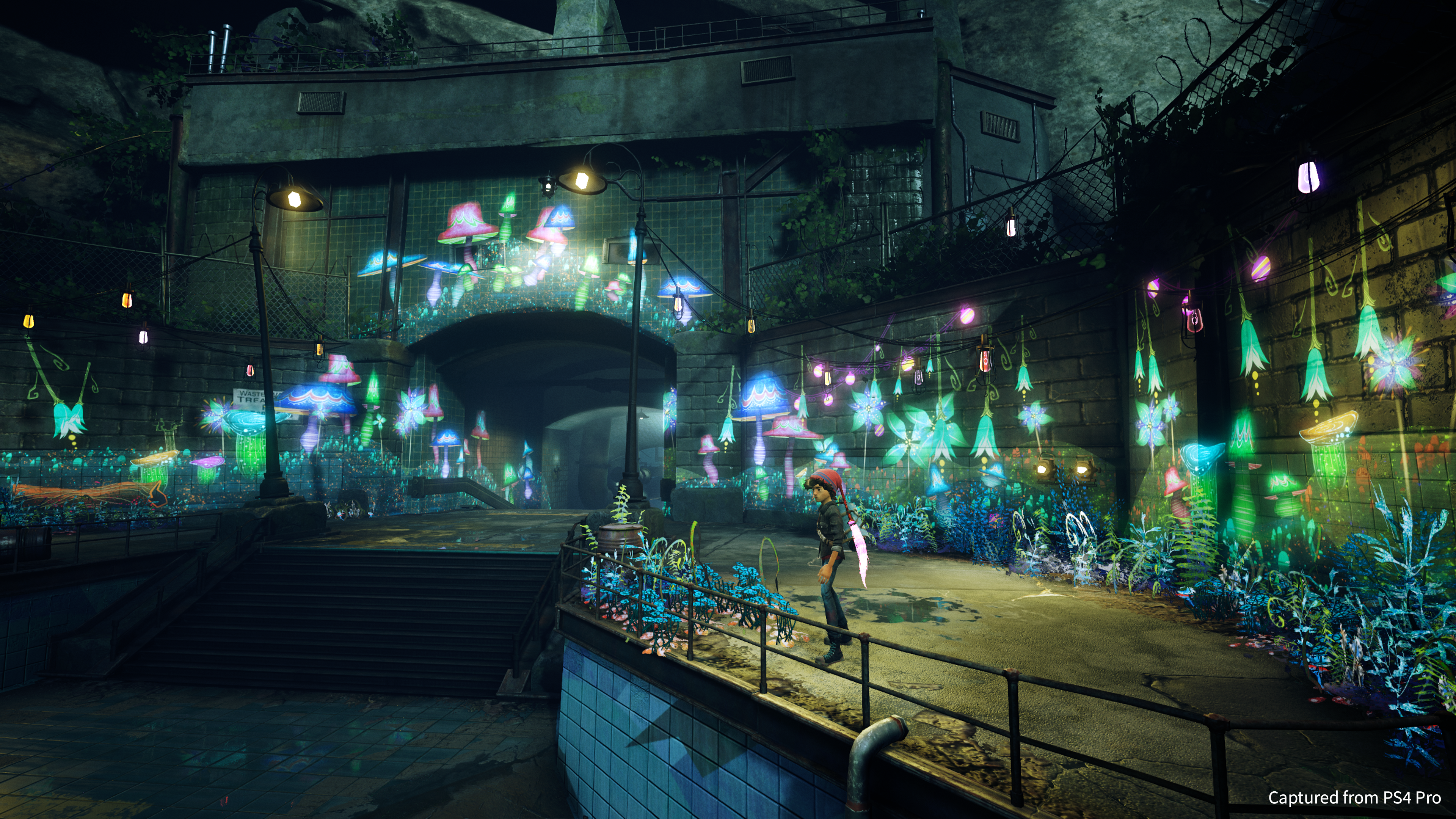 DEPENDING on your viewpoint, graffiti is either art or an eyesore.

In PixelOpus’ game Concrete Genie, published exclusively for PlayStation 4, it is most assuredly the former – beautiful, moving art which you get to create.

The game is set in the abandoned, dilapidated port town of Denska and you play Ash, an artistically inclined young man who has – against his parent’s wishes – decided to explore the town to get artistic inspiration.

He’s not the only one in town, however – a group of bullies are also roaming the streets, and start the game by pushing Ash around and then shoving him into an aerial tramway car bound for an offshore lighthouse.

There, Ash discovers one of his creations – Luna – has come to life through magical forces and is now a genie of sorts, and Luna sets Ash on the task of bringing light and life back to Denska with his paintbrush, one wall at a time.

Ash isn’t alone in his task either – an assistant named Splotch is on his backpack, and assorted other genies can be found around town, waiting for Ash to pain them on a wall and bring them to life. The genies have different powers, depending on their colours – a red genie has fire powers, a yellow one has electricity, for example – and their powers are key to solving some of the puzzles throughout the town necessary to proceed to the next level.

Assembling the genies is well done and your imagination can run wild – and seeing them come to life in their artistic glory is really quite something.

The controls are slightly different to what you’d expect, using the motion sensors in the PlayStation controller, but they’re quite intuitive once you get the hang of them.

The game looks absolutely stunning and the artworks you can create are simply beautiful – and when combined with the lightbulb strings around town, the results of your handiwork are almost magical.

Your paintings aren’t static, either – they feature everything from twinkling stars to swaying trees to falling rain and more, and they all glow in an eye-catching way that adds to the effect.

The game is PSVR compatible, although it honestly doesn’t add much to the experience and I actually enjoyed playing the game more on a large-screen 4K HDR TV, since you get a much higher resolution and better lighting effects.

Concrete Genie is a wonderful game and something I loved playing with my primary-school aged children –  there’s lots of themes about hope and positivity and creativity in there too, as well as letting us start a discussion about why it’s not OK to be mean to other people even when we’re unhappy or people might have been mean to us.

The only major issues I had with the game were that some of the light bulbs can be a bit hard to find – there were a few times I missed one in a chain and had to backtrack later to make sure it was illuminated – and there map didn’t appear to have a zoom function to help me navigate. Admittedly the levels aren’t huge, though.

For a game which essentially arrived with no fanfare, I was extremely impressed by Concrete Genie and would love to see more games like it on the market.

It’s not a long game, but definitely one that’s well worth getting out the metaphorical palette and beret for.